MSN.com – A soccer player used a helicopter to stage a fake kidnapping during an amateur soccer game in Sicily.

Italian media reported. Ignazio Barbagallo was playing for the Citta di Viagrande against Play Shop Nebrodi in the Catania – Girone A division when the drama unfolded, according to FOX Sports Italy. Footage posted to YouTube by Sicily-based YouTube channel Stipsy King, on which Barbagallo has previously appeared, shows a helicopter landing in the middle of the pitch, throwing up a large amount of dust and causing players to take cover behind a dugout.

Masked men then exit the helicopter and can be seen “kidnapping” the 55-year-old at “gunpoint.”

I take it back – that college football coach who called a timeout, retired, walked off the field and drove away is NOT the most Power-Retirement of all time.  It’s honestly a little embarrassing I even suggested it knowing what I know now.

Apparently he “fooled” a bunch of people in the crowd – you know, it being Sicily, the home of the mafia and everything – except those who saw this dude holding up his little sign that says “elimination service for finished players.” 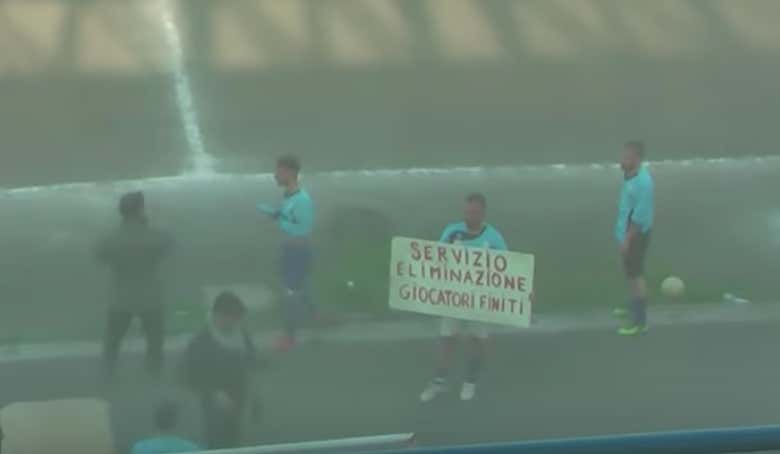 And apparently the governing body wasn’t too pleased with the stunt either.

Just feels like people might be a little more on edge about this stuff in Sicily.  If this happens in America – well, that helicopter would be shot down by like 900 fighter jets before it got to the ground, so I guess that’s moot.

But that would be cool too.