Source
In Netflix’s new show “Planet Earth” competitor titled “Our Planet”, there is a scene where a shitload of Walruses just walk off a cliff. The Walruses sense their comrades feeding below and when they try to get down to them… there’s not a lot of kinder ways to put it, they straight up just walk off and hit every rock on the way down. The logic behind it kind of makes sense…

“In the autumn of 2017, about 250 walruses in Russia, having climbed up to rocky slopes overlooking a beach, just walked over the edge.

Usually, gravity is no enemy of the walrus. When these animals encounter hard surfaces, they rise up to meet them, hauling their two-ton bulks onto floating pieces of ice. When they fall, they flop off those low platforms into the accommodating water. So you might imagine that a walrus, peering off a tall cliff, doesn’t really understand what will happen to it when it steps off. It doesn’t expect to plummet for 260 feet, cartwheel through the air, bounce off the rocks, and crash abruptly. Climb, plummet, cartwheel, bounce: These are not walrus-associated verbs.”

YIKES! Mother Nature gameplanned for a lot of scenarios when they made Walruses and a 2,000 lb. animal not being able to do a great Alex Honnold impression isn’t exactly surprising, but goddamn man! Why didn’t they just walk back down the same way the came! This shits sad as hell!

The reaction to this scene was understandably… pretty sad!

This footage makes you feel a lot of tear inducing emotions! Naturally, people want to do something about it.

“Our Planet draws a straight line between climate change, sea-ice loss, bigger haul-outs, overcrowding, climbing walruses, and falling walruses. “It is not a normal event,” says Lanfear. “It’s such a tangible, obvious thing to show people. It’s clear as day.”

The documentary explains that this is happening because the Walruses have lost their natural habitat on the ice due to Global Warming, as they would normally be living on the enormous ice sheets between Alaska and Russia that have shrunk in the past few years. The theory is that because there are more of them being driven to less ideal habitat, the odds of them killing themselves in scenarios they’re not used to are higher. 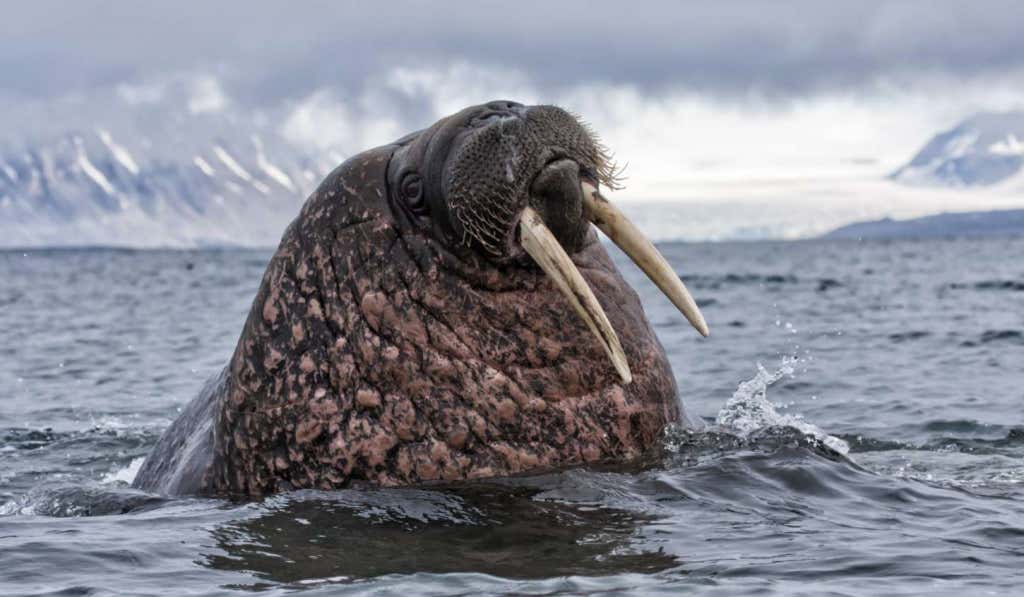 Not everyone is buying that reasoning though.

“A few walrus scientists who saw the clip have questioned parts of this narrative—including the claim that walruses are climbing “to find space away from the crowds.” “Walruses thrive on crowds and haul out in tight groups, even when space is available,” says Lori Quakenbush from the Alaska Department of Fish and Game. Also, in the sequence, it looks as if the beach beneath the teetering walruses is relatively empty. What crowds are they escaping from?

This confusion arises from the ways in which documentaries elide space and time. Lanfear clarifies that the sequence includes footage from two separate beaches—one with the 100,000-strong congregation and one with the falls. At the latter, walruses started climbing only once the area beneath the cliffs had completely filled up; gregarious or not, they had no room. Once at the top, they rested for a few days, and walked off only after the beaches below had emptied.”

There is also some pushback as to whether this is “caused” by global warming or not,

“Quakenbush and others also doubt that the climbs and falls are related to climate change, because such tragedies have been reported since before sea ice showed substantial declines. “Walruses have shown similar behavior on the U.S. coastline when space and ice were not an issue, and the reason is unknown,”

For example, in three successive years, from 1994 to 1996, dozens of male walruses fell to their death from cliffs in southwestern Alaska.”

No matter the underlying reason, its one of the saddest things captured on film in recent memory. RIPIP to our Walrus friends.