Well I’ll be damned!!! If that’s not the St. Louis Blues in FIRST PLACE after being left for dead in a ditch around New Year’s. 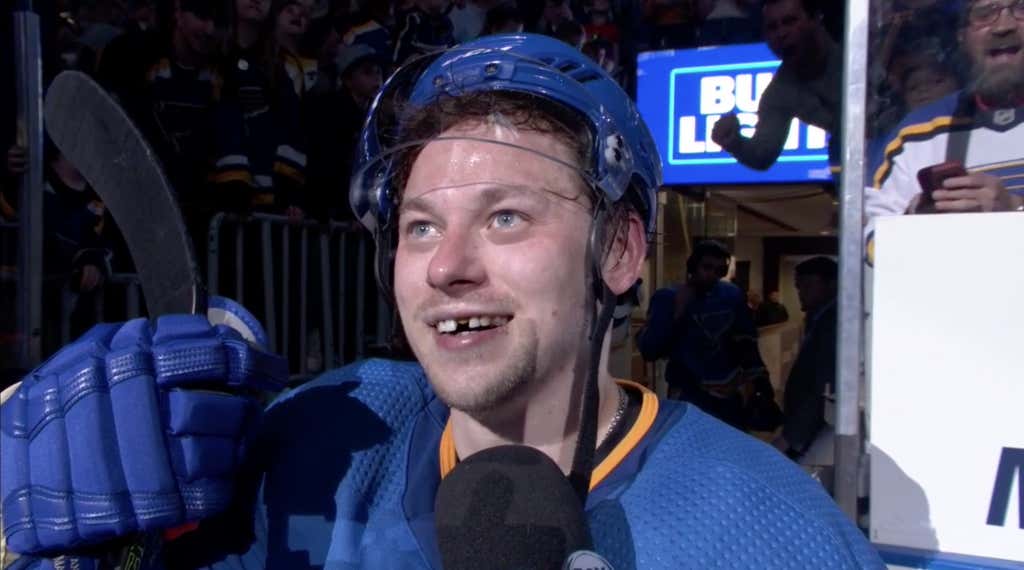 How can such an innocent smile do such wicked things with a hockey puck? I mean there is just no regard for human life right here.

Even Jay Bouwmeester was pasting people like it was the Casino Queen big hit of the night montage.

Now we’re all Coyotes and Blackhawks (PUKE) fans for the rest of the night. Losses by them both would leave the Blues with home ice advantage and a Wild Card opponent in the first round. It would also more importantly accomplish the scenario where one of Nashville or Winnipeg is eliminated in the first round by having to play each other which is HUGE. Taking one of those teams out instead of having to play both would be unreal.

In the event that the Blues tie in points with Winnipeg, the Jets hold the tiebreaker with the Blues due to a higher number of ROWs. The Predators have the same number of ROWs so if they tie I believe it would go to head to head records which the Blues hold a 4-1 advantage in, giving them home ice.

I cannot WAIT for the puck to drop on Game 1 of this first round series. The regular season has been a roller coaster ride and an absolute blast, but as all Blues fans know, NOTHING matters until the playoffs at this point. This team has a special feeling about it and I would be lying if I said I wasn’t “thinking about it” but lets just get to Game 1 and go from there.