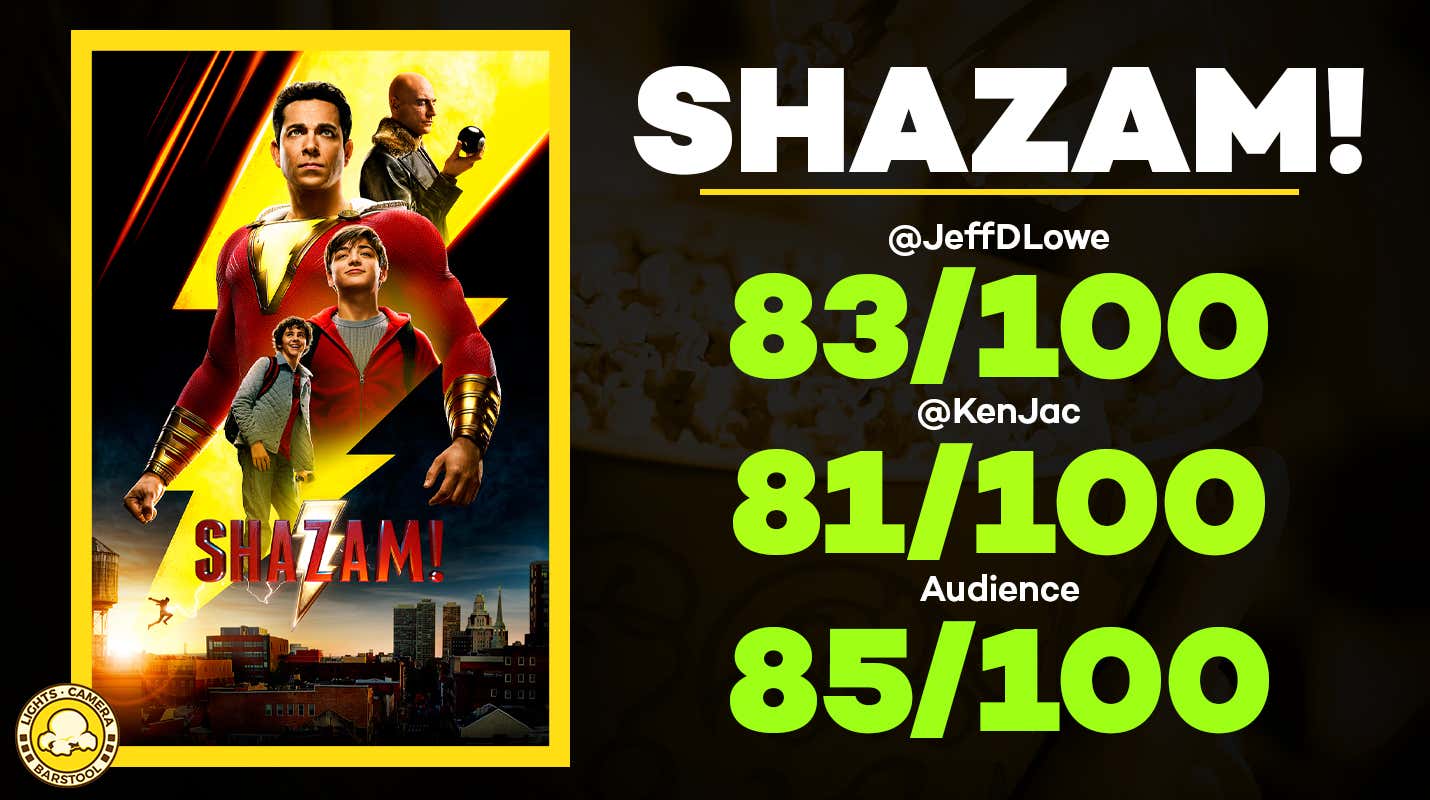 The DCEU has had its issues. But ‘Shazam!’ is a new addition to the Universe that people claim to be pretty solid. What did think? Check it out below…

Jeff (83/100): A movie that struggles to get going early, ‘Shazam!’ hits a great stride in its second act thanks to a witty script and charismatic Zachary Levi. While it might be overly corny at times, the tonal shift for DC and presentation of a unique character makes this origin story well worth a trip to the theater.

It’s fairly surprising that this movie has reached a level of wide praise after the absolute debacle that was the early leaked set photos showing off the hero’s suit. Now that the talk has centered squarely on the movie, we’ve learned that it is pretty delightful. There is a charm and heart to this movie that gives it a ton of life and helps mask some of the issues with the movie. Another big thing is how funny the movie is from start to finish. Do all of the jokes land? No, but the big laughs are excellent. My theater was rolling on opening night thanks in large part to Zachary Levi’s delivery and chemistry with his fictional brother played by Jack Dylan Grazer. Visually speaking, the movie looks great and the goofy looking Shazam!, and his powers, look awesome on screen.

The movie is certainly not perfect and has some hang-ups that resulted in me lowering its score a bit. As I mentioned at the start, the movie takes a little while to get off the ground. I mentioned the same thing in my ‘Captain Marvel’ review (another movie I gave an 83/100) about how origin stories are becoming tougher and tougher to get through. With such a complex character, there wasn’t much they could do, but a more condensed beginning third of the movie would have benefitted it a lot. Some of the story elements didn’t quite mesh for me, either, and it was more a result of too much over the movie’s roughly two-hour runtime. The same exposition and “message” was told through multiple storylines and it felt a bit unnecessary. I also love Mark Strong, but his villain was rather ho-hum and nothing overly memorable.

In the end, the sum of the movie’s parts results in a really great time. I say it often that if a movie’s great moments are truly excellent, it gets more of a pass for me when looking at its weaknesses. If DC can replicate the magic from ‘Shazam!’ and continue to improve, it will be challenging the MCU more seriously in no time.

SIDE NOTE: See this movie in IMAX, because the extended ‘Godzilla: King of the Monsters’ preview is fucking insanity.

KenJac (81/100): As the DC transitions out of the doom-and-gloom era, ‘Shazam’ is a great follow-up to the clunky but fun ‘Aquaman’. There is certainly some technical issues, but it’s a very pleasant watch with a heartwarming story arc. Can this movie be the catalyst that helps the DCEU out of the red and puts them into competition with the MCU? Let’s hope so, because the one winner in that scenario is us, the audience.

I typically don’t like child acting performances, but Asher Angel was serviceable as the young Billy Batson alongside his foster brother Jack Dylan Grazer. The latter was endlessly annoying, but that was in service to the character he was playing (I think). Zach Levi was actually pretty awesome in what couldn’t have been an easy performance. Playing an adult who is a superhero with the brain of a 15-year-old is a more layered and impressive performance than anyone is probably going to give him credit for considering the genre. Eat your heart out, Tom Hanks! Mark Strong was a little bland/one dimensional as the supervillain Dr. Savana, and I think there was room for improvement that was ignored. I also want to shoutout Cooper Andrews, the battleax dude from ‘The Walking Dead’, for being a great movie dad. 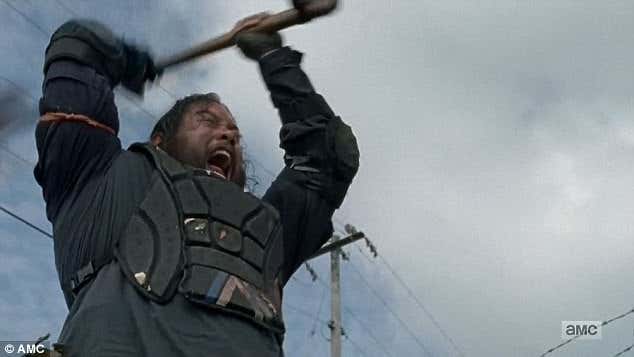 The movie itself struggled at points, especially in the character development of Shazam/Batson himself. It hit all the standard orphan cliches but I never felt really connected with him as a character or invested in his journey. It also took a pretty long time to get going, the almighty curse of origin movies. Maybe my only other major complaint with this movie is why was director David F. Sandberg soooo horny for nighttime? It felt like well over 50% of the movie took place during pitch black darkness when this was such a bright, colorful superhero. Was that to put emphasis on the lightning superpowers? Probably, but that doesn’t mean I have to like it. Props to the CGI team for having some realistic looking effects and cool fight sequences, it couldn’t have been easy following up Aquaman’s 25-minute underwater Minas Tirith battle.

Overall, I think this is well worth the watch and easily one of the better DCEU movies. Small stakes, small setting, and a lesser known hero made for one of DC’s biggest wins.

—
We will find out if this movie is Officially Buttered next week. Subscribe to Lights, Camera, Barstool where we will review it in-depth with special guess Large! Also, remember to rate all 2019 and 2018 movies below.