So as I sat down with my Ramen Noodle dinner and watched Trevor Bauer no-hit the Blue Jays last night, after throwing 7 innings of 1 hit baseball against the Twins in his first start, it got me to thinking: I could really use a couple thousand extra dollars in my bank account. So I started scouring the internet for money making schemes. I thought about maybe joining a pyramid scheme and selling Vemma, Herbalife, or AdvoCare, but all of the young entrepreneurs I graduated high school with that didn’t go to college are already doing that. So I went back to the drawing board, read a bunch of Personal Finance books, and have decided the best thing you can do with your money is to INVEST it.

Trevor Bauer has started off the season on an absolute tear. He’s the first dude in MLB history (league started in 1876, folks) to go 5+ IP in back-to-back starts to begin a season and give up only ONE total hit. His ERA is sitting at 0.64. He’s got 17 strikeouts. And he’s quirky enough to become super popular as he continues to dominate the league. I’ll say this in a good way: Trevor Bauer is a freaking weirdo. 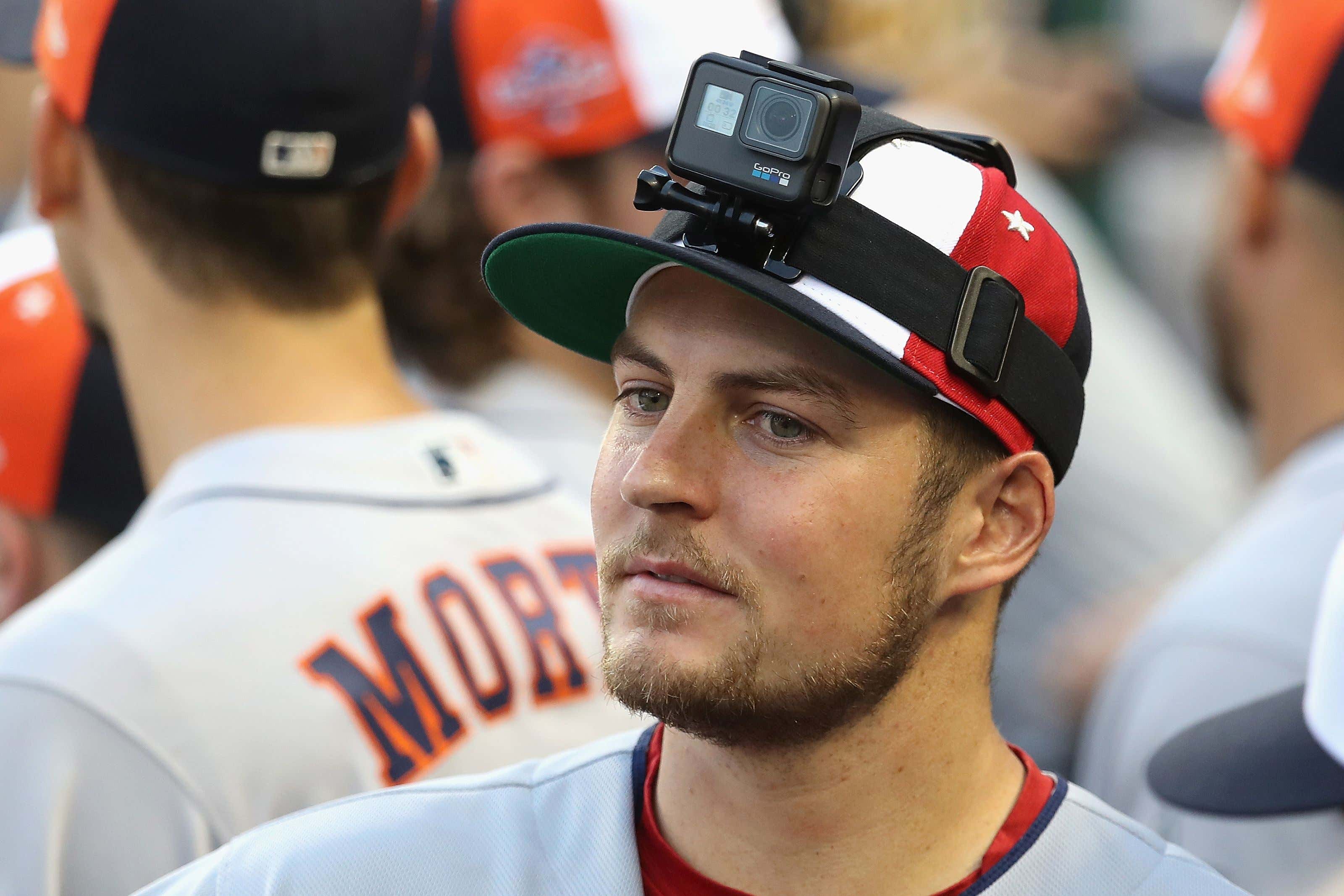 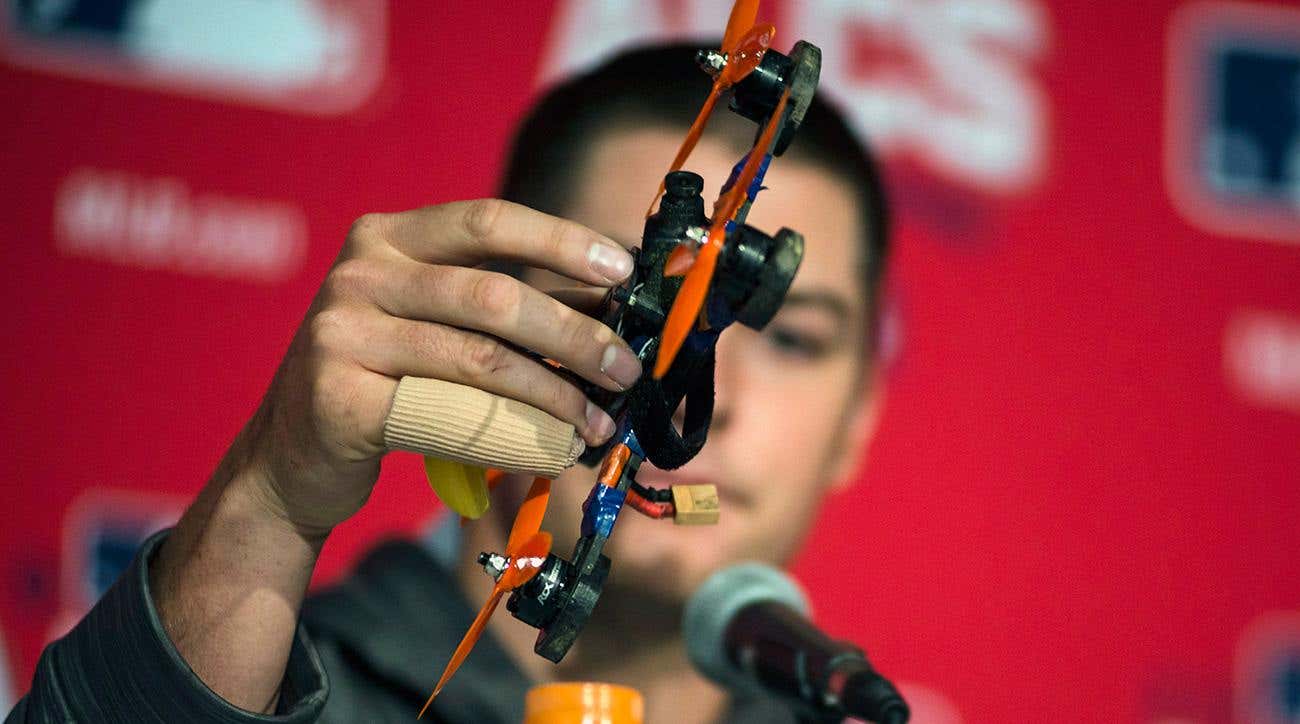 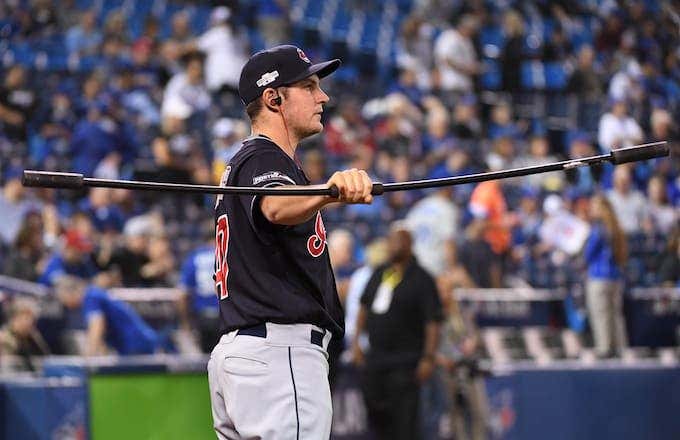 I love this guy, especially because he’s on my team. Lock it in now. He’s going to be the hometown starter in the 2019 All-Star Game, and then he’s going to go on to win the AL Cy Young. And I know we’re only like 2 weeks into the season, but it’s really not even a debate anymore. Here was the Top 10 coming into the season. 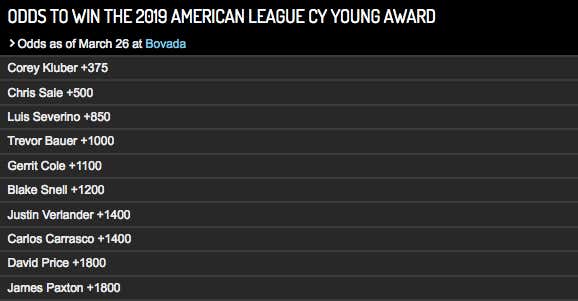 Let me be the first to say, although he’s OUR guy, Corey Kluber is not winning the Cy Young this year. His 3-inning, 6-run outing against the White Sox the other day has a lot of people saying he’s lost a step.  Regardless, the other favorites starts to the year aren’t off to very hot starts either. First of all, Chris Sale plays for perhaps the worst team in baseball right now, the 2-6 Boston Red Sox. Forget the Cy Young, people are saying he might need a stint down in AAA Pawtucket to work out some kinks after his flat out embarrassing outing on Opening Day.

Yikes. First time ever in Major League History? Sound the alarms. Anyways, the next highest favorite, Luis Severino, is currently riding the pine for the Yankees with a shoulder injury. Still hasn’t even advanced to mound work in his rehab process yet. Can’t win the Cy Young if you don’t pitch, Luis! But actually, I guess Severino can hang his hat on the fact that he hasn’t given up a hit all year. Bauer is right on his tail though, only giving up one. And making hitters look like fools in the process…