On November 19th, 2016 Craig Cunningham, the then captain of the Tuscon Roadrunners (AHL affiliate of the Arizona Coyotes) suffered a massive heart attack before the game and almost lost his life. Now, two and half years later Cunningham is not only alive and well but he is back on the ice and looks fucking good.

Cunningham, a scout for the Coyotes, posted a video to his Instagram today of him working on some edge work with his new prosthetic skate/leg at the San Diego Gulls practice facility. Essentially, Cunningham is attaching the tuuk from a regular skate to his prosthetic leg. 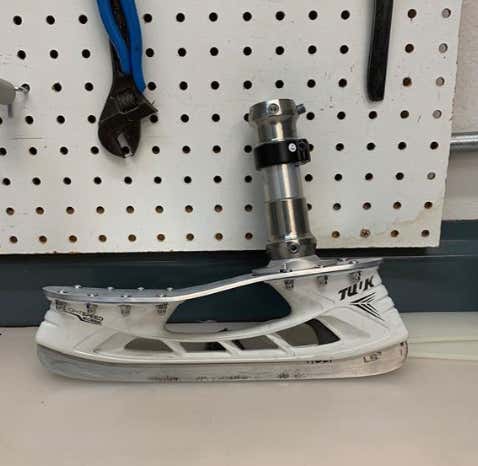 I’ll tell you what, this guy is a competitor, there is no way this is last we see of him on the ice. Cunningham references 365 days until next hockey season in his post and who knows, maybe he’ll sign some type of 10-day contract with the Yotes and gets a shift or two with the Roadrunners.

I’m sure by this time next year we’ll be watching videos of Cunningham just absolutely dominating some beer leagues or something, but who knows…Cunningham could have his sights set on something bigger and I’d never count this dude out.