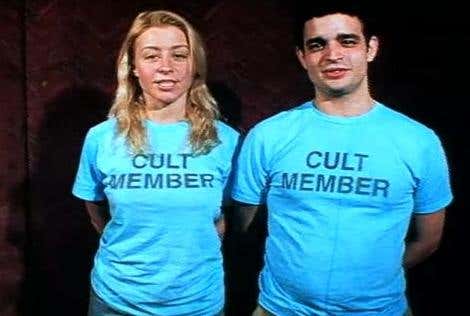 (Chicago Tribune)–I’ve just turned 20. When I was about 13, I started to notice that girls were hot as hell. I found myself looking at girls, and wanting to hold their hands, and smell their hair, and maybe even touch them. Living in a really conservative environment, it took me three years to admit this, and six to accept it. But sometimes I’ll see a guy and he’ll start talking to me and I’ll think to myself, if he asked me out, I wouldn’t say no. I might even like cuddling and playing with his hair. But I like girls so, so much more!

It’s hard for me to tell if I really like boys, or if I just feel like I should like boys. People keep asking me: Would you have sex with a man or a woman, or both? But to be honest, sex seems kind of gross to me, and I don’t think I would be comfortable with either. But then again, I don’t know if that’s really me, or just years of having that shoved down my throat.

I grew up in a cult. Sex was never ever talked about, and sex with the same gender was unthinkable. So it’s hard for me to know which thoughts are mine, and which have been planted there. Most of my friends are either straight, or have known their sexuality since they were 13. I’m sure they’re tired of my endless sexuality crises, but I really want to start dating, and it wouldn’t be fair for me to get some poor boy’s hopes up only for him to find out I’m only into girls. What’s more, I seem to find non-binary people fairly attractive. And I want to be able to warn people in advance if I’m not into sex, but I don’t know yet. Do you have any advice? — Confused

I love Ask Anna. I think this is the 3rd or 4th time I’ve blogged her column. Always has the weirdest people and always gives straight forward answers that esssentially amount to “do whatever the fuck you want” which in my opinion is generally pretty sound advice. I regret to inform you that she dropped the ball with “Confused” on this one though.

You’ve been thinking girls are hot since you were young? No shit. Every girl thinks girls are hot. That’s a very common thing. They are hot. Have you ever followed a girl on instagram? Look at who she follows…hot girls are ALWAYS following other hot girls for no other reason than the girls are hot.

Secondly, you aren’t wrong…sex is gross. All the sweat and sounds and buttholes and bodily fluids. It’s disgusting. There’s no getting around it. There’s a reason why sex talk is called “talking dirty”…it’s because sex is dirty. A necessary, fun, dirty, disgusting activity. I can’t even comprehend how disgusting sex must be for a girl. Some big ugly hairy fat galoot gyrating all over you…yuck. Yet, most girls are into it. I don’t know why. They follow hot girls and gush over hot girls but then choose to have sex with guys. So I don’t think you’re confused. I think you are right on the money. Girls are hot and sex is gross. Confirmed. Just go out there and get some and then figure it out. That is called “your 20s”.