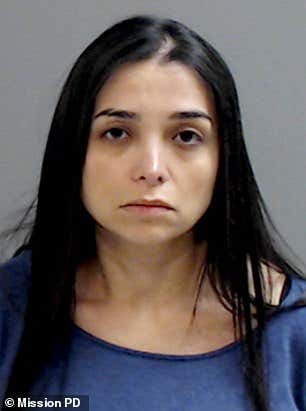 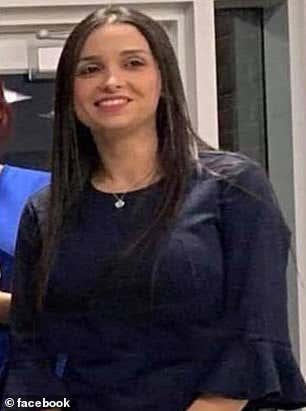 Texas – A Texas teacher has been arrested for allegedly having sex with a 17-year-old male student after investigators found bodily fluid in a classroom.

Edna Mabel Longoria, 39, was charged last week with having an improper relationship with the student at Veterans’ Memorial High School in Mission.

The health science teacher turned herself into police last Thursday after the student notified school administrators of their alleged sexual relationship.

The teen boy told police he had engaged in multiple sexual encounters with Longoria in a classroom at the school.

Investigators then ‘located multiple biological fluids’ from the classroom where the boy said the sexual encounters occurred. …

Police also obtained texts and Snapchat messages between the pair that they described as ‘inappropriate’ and contained ‘material of sexual nature’.

I want to make something clear. Crystal. I consider the act of giving grades to female teachers on the basis of how they seduce their teenaged students to be a noble calling. One I do not take lightly. It’s a responsibility, but one I take on proudly and I make every effort to discharge the duties of my office to the best of my ability.

But, alas, I am not infallible. I make mistakes. Like the beginning of this week, when I wrote about Nancy Leigh Ann Brann as if she was the first ever Sex Scandal Teacher from Maine. And like I expect any time I am in error, I expect to be called on it. As I was in this email:

Jerry you idiot you literally wrote this blog https://www.barstoolsports.com/boston/grading-the-newest-sex-scandal-teacher-54

No she didn’t get convicted but KENNEBUNK IS IN MAINE, PLZ UPDATE BLOG MAINE DESERVES RESPECT

True. Very, very true. I have apologized in private to this anonymous, alert, sharp-eyed Barstool reader in private. And he has graciously accepted. And I apologize now publicly. All I can do is ask for the forgiveness from the good people of Vacationland that I shall never be able to give myself and promise to do better research before I say such reckless and irresponsible things. You do deserve better.

The Grades:
Looks: Consider me disappointed. Not by Edna Mabel Longoria so much but by the quality of Edna Mabel Longoria photos. One very (and understandably) glum looking mug shot and one Facebook photo that looks like a screencap from a 90s Smashmouth video or something. But she’s got those soulful, crazy brown eyes. That almost blue-black, Alexandria Ocasio-Cortez hair with the all-business part. I feel like if we had come hi-res photos of her looking her best, we’d really have a winner here. But to hell with it. I’ll take some heat for this but I’m going with my gut and giving her a solid
Grade: B

Moral Compass/Bad Judgment: This is THE hotness these days. Texting and bedroom sex are so 2018. If you’re not sending inappropriate and damning Snapchats to and setting up classroom sexual encounters with your students, you’re just not up with the times. I can’t imagine what it does for a kid’s grade to be listening to your next lecture while looking over at the desk in the corner you were bent over the day before. But it does do wonders for an SST’s grade.
Grade: A

Intangibles: Most health science teachers are all talk and theory. Some, like Miss Longoria, believe that teaching the science of multiple biological fluids is something best shown, not just told.
Grade: A