“I am extremely disappointed to learn Tom Dundon has decided to suspend all football operations of the Alliance of American Football. When Mr Dundon took over, it was the belief of my co-founder, Charlie Ebersol, and myself that we would finish the season, pay our creditors, and make the necessary adjustments to move forward in a manner that made economic sense for all. The momentum generated by our players, coaches and football staff had us well positioned for future success. Regrettably, we will not have that opportunity.”
-Bill Polian

You’ve got to feel bad for Bill Polian, football and business genius. Not only did he have Tom Brady pegged as a 1st round talent in the 2000 draft (but didn’t take him in the 199 picks he was available because his Colts had Peyton Manning so why draft a 1st round talent as a backup in the 6th round?), he knew how good Jimmy Garoppolo would be: 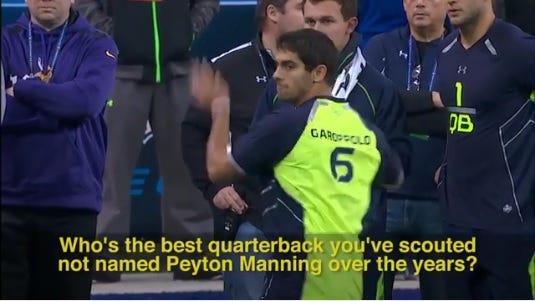 He also knew the Patriots dynasty was over before they won the last Super Bowl: 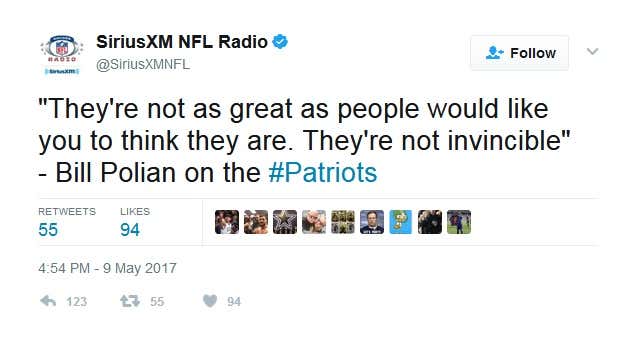 And he recognized something that had eluded all the other personnel gurus: That Lamar Jackson’s crippling height disadvantage:

So my boy is wicked smart. Smart enough to know that Tom Dundon is crazy to quit running through the $250 million he put up to bankroll the AAF. If Dundon was as smart as NaPolian, he’d keep his money in there until the last of it was gone. In three weeks or so. A month, tops. That’s what smart investors do: Give a quarter of a billion dollars for men like Bill Polian to piss away in empty stadiums on terrible football games that nobody is watching on TV.

And men like Polian are smart enough to know exactly what to do with other people’s money. It’s just a goddamned shame Dundon and every single other business person in the world isn’t savvy enough to see it his way.