Listen. He’s no “Way to go, Paul”. But he’s not too far off either. I mean buddy over here has absolutely everything you’re looking for when it comes to a Hardo Hockey Dad. 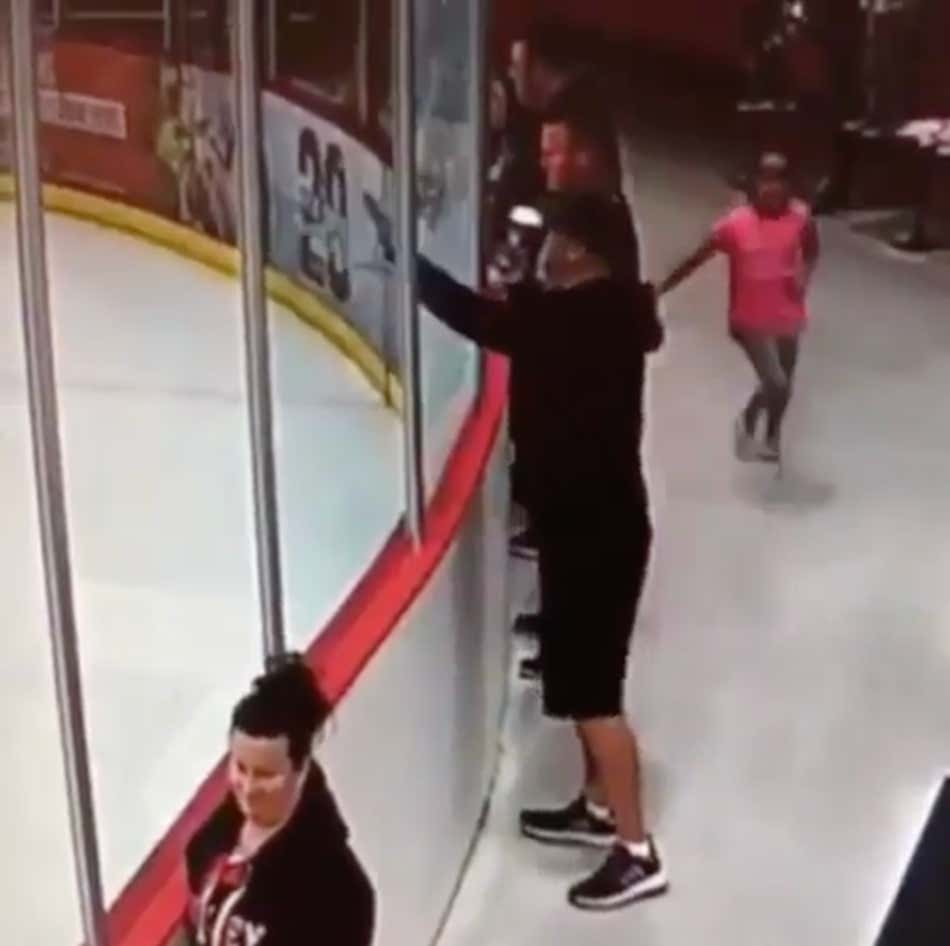 First up you have the shorts. Total dad move to still be rocking a pair of shorts even in an ice rink. Clearly it’s cold in there considering he’s wearing a hoodie. But certain dads are always refusing to throw on a pair of pants if they don’t need to. Could be -15 outside and he’d still be wearing shorts.

Next up you’ve got the coffee in hand. Leads me to believe this is an early morning game. Maybe a nice little 8:30am puck drop on a Saturday or Sunday morning. He’s probably a little hungover from crushing a full case of beer by himself the night before, so he made sure to throw a little something extra in that coffee as a pick-me-up.

And then finally, you have the fact that this man is a glass banger in general. Can’t imagine this guy has ever been to a youth hockey game without threatening to beat up the refs and/or another hockey dad. And even though it may not look like there was a ton of force behind that glass bang, it doesn’t take much when you’ve got that much pent up frustration plus a wedding ring.

So again, he may not be at “Way to go, Paul” status just yet. But he’s still a rookie. There is still a ton of potential here for him to develop into one of the great Hardo Hockey Dads of the world. I have faith.