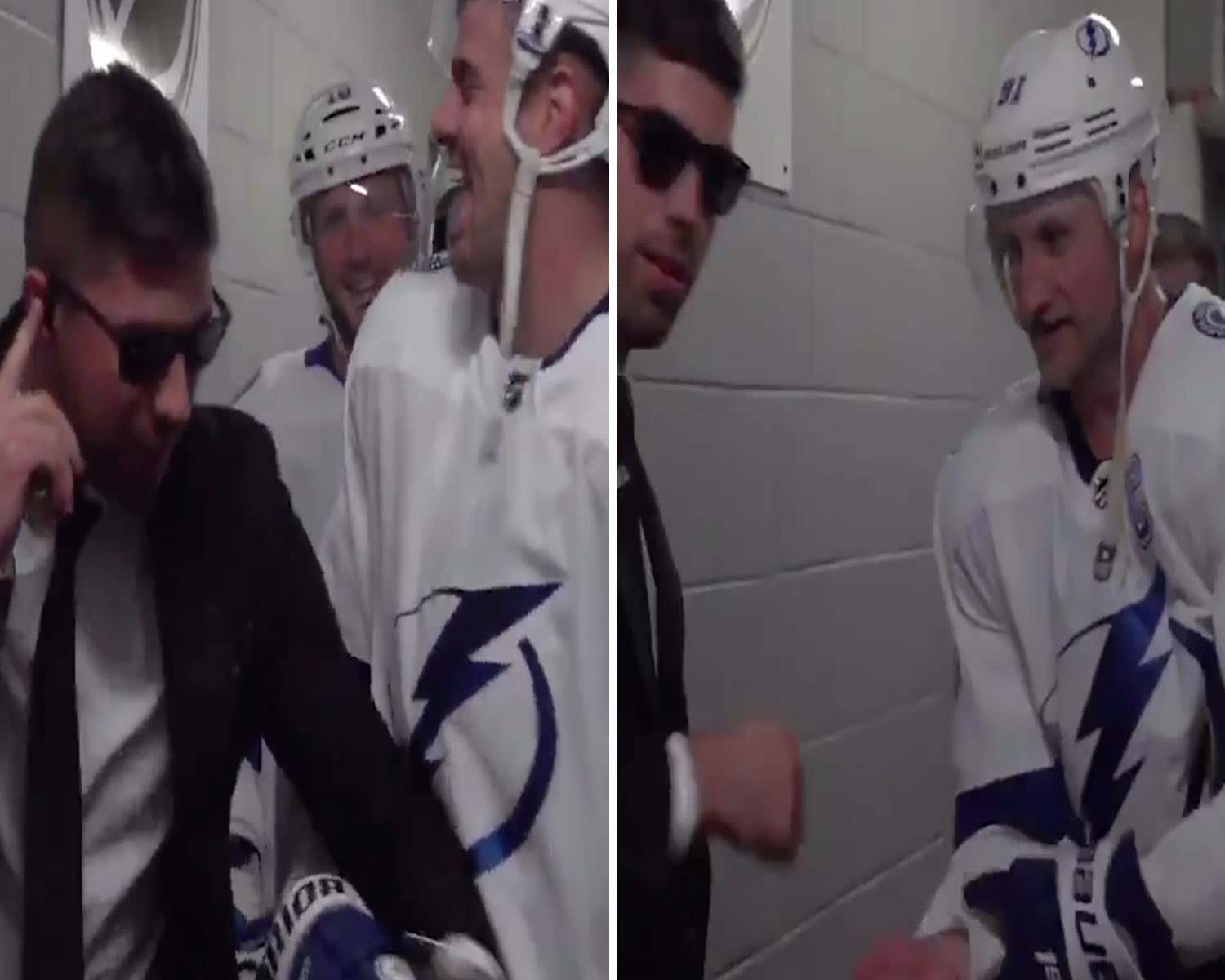 Last night the Tampa Bay Lightning became just the 3rd team in NHL history to hit 60 wins on the season. The 1995-96 Red Wings went 62-13-7 in the regular season before losing to the Colorado Avalanche in 6 games in the Western Conference Finals that year. And then the 1976-77 Canadiens went 60-8-12 in the regular season before sweeping the Bruins 4-0 in the Stanley Cup Final that year.

After last night’s win against Ottawa, the Bolts are now 60-15-4 with 3 more games left on the year. Their +100 goal differential is absolutely absurd until you realize that 1976-77 Habs team had a goal differential of +216. But that’s neither here nor there. The fact of the matter is that the Lightning are only the 3rd team in NHL history to put up 60 wins on the season and there’s still a chance they can set an NHL record if they win their final 3 games on the regular season.

But Club 60 is one of the most exclusive clubs in NHL history. Very few are more exclusive. I guess you have the 8Hundo Club that just has Wayne Gretzky and Gordie Howe now as the only players to score 800 goals in NHL history. You’ve got 2K which is a club just for Wayne Gretzky as the only player to ever score at least 2000 points. But the 60-win club is right up there for sure. And they don’t just let anybody into Club 60. Which is why Louis Domingue had to post up as a bouncer at the door.

Goalies are weird. Backup goalies are weirder. Backup goalies who are currently sidelined with an injury? They’re as weird as they come. So I’m sure you can understand why some players (cough, cough, Tyler Johnson) wanted absolutely nothing to do with Louis’ antics here. I typically treat goalies the same way I would with a crazy person walking down the street. You just do your best to avoid eye contact, don’t slow down and just walk straight past them. But luckily a couple of the boys decided to play along, and that’s just the sign of some great leadership right there from Stammer.

P.S. – There’s a major difference between this move right here and the Storm Surge. Both would probably make guys like Eddie Shore roll in their grave. But at least this move right here is intended to just be for the boys in the locker room with the Lightning social media team being the only reason it gets seen. The Storm Surge being a whole damn spectacle on the ice after a win? That’s some Disney On Ice shit right there.