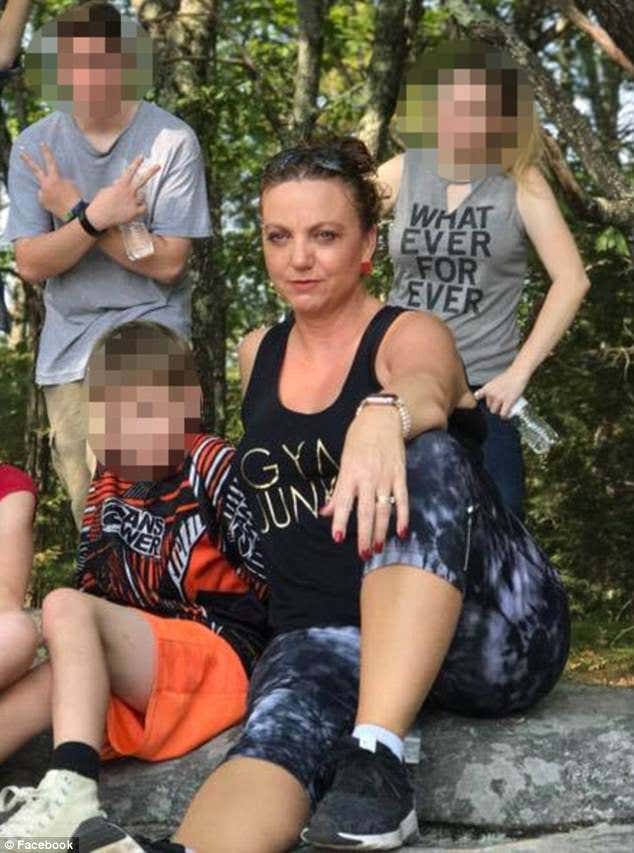 Maine – Mum-of-seven Nancy Leigh Ann Brann, 44, from Windsor, Maine, was sentenced to 2 years and six months after she pleaded guilty to one count of gross sexual assault and one count of sexual contact.

Superior Court Justice Daniel Billings sentenced her to 12 years, with all but the 2.5 years suspended, in addition to four years probation, during the Tuesday hearing.

It comes after Brann sexually assaulted a 14-year-old pupil, whose gender has not been disclosed, at Coastal Christian School, back in 2016.

The court heard how the child was abused in a classroom before Brann pursued the victim online.

As he handed down the sentence, Mr Billings said: “The defendant abused a position of authority and trust and continued to have contact with the victim after she was fired.

Ah, the great state of Maine. I’d like to unofficially welcome them to Sex Scandal Teacher status because as far as I know, this is the first one ever from the place that calls itself Vacationland. And OK, while Nancy Leigh Ann Braun is no one’s idea of one of the greats, she’s a start.

When I think of all the happy memories I have from that sacred land, I could not be prouder that they are finally on the SST map. From summer’s at my aunt and uncle’s rental up in Strong to the hikes that sweaty little fat kid with manboobs me use to take up majestic Tumbledown Mountain. From weekend trips to Acadia National Park and stopping on the way at my mom’s beloved Maine Diner to visits to Kennebunkport. From whitewater rafting down the Penobscot with my asshole Weymouth buddies in our 20s to driving up to Portland to do comedy with the late, great Patrice O’Neal. I’m just sure I’ve ever had a bad day up in America’s Upper Right Hand Corner. Sure, I wish they could’ve done better. But it takes a long time to build a program. Florida didn’t just start by producing legends like Debra LaFave and Texas didn’t come right out the gate with Sarah Fowlkes any more than Gonzaga became a tournament 1-seed overnight. So keep building on NLAB’s pioneering work and make yourself into a great SST state, Mainiacs.

The Grades:
Looks: Jeez. Swing and a miss. That second photo is almost enough to make you say “not bad for 44.” But that mugshot is like a cross between Jeff Garlin’s wife in “Curb Your Enthusiasm” and Paulie from “Goodfellas.”
Grade: D+

Moral Compass/Bad Judgment: Having classroom sex with a 14-year-old and then circling back to still see him/her after getting fired for it is a level of commitment you rarely see from a Sex Scandal Teacher. Come to think of it, so is 2 1/2 years in prison. The Seacoast Christian School is obviously teaching from a section of the Bible with which I am not familiar.
Grade: A

Intangibles: So she has seven kids? I guess now we can say she’s had eight.
Grade: B+