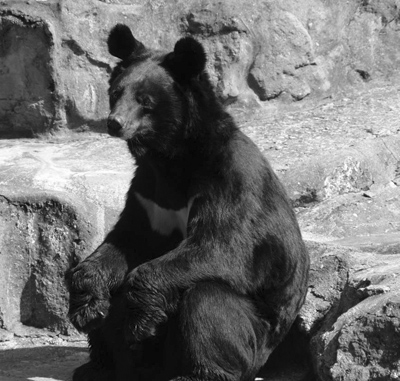 So far, so good for the Bruins two games into the season. After Saturday’s impressive 3-1 over the Rangers before a fired-up sold-out Garden crowd, the Bs, playing a team looking for ugly road wins yesterday at the Garden, had a less entertaining game against the Jets but still got the desired result—two points. It was appropriate the game was played on MLK day because the on-ice product likely produced a dream or two among those who fell asleep watching in a sleepy home barn.

But style points don’t matter, just the ones you accumulate in the standings. So thanks to another sharp Tuukka Rask outing and shootout tallies from Patrice Bergeron and Tyler Seguin, the Bs earned four points that has them tied with Ottawa and Buffalo for first place in the Northeast Division.

After going down 1-0 just two minutes into the game, the Bs concluded the regulation scoring 12 minutes later after Seguin swooped in on a loose puck and fed his boy Brad Marchand for a goal-mouth tap-in to knot things up. Over the remaining 51 minutes, the Bs hit more pipe than Pookie from “New Jack City” and couldn’t convert a handful of goalmouth opportunities. But once again, Seguin and Rask were both money in the shootout to help keep the Bs perfect on the young season (ironically, the Jets final shooter Bryan Little hit the post on his team’s last chance to keep the game going).

Rask has been an early bright spot for the Bs, giving up two goals on 48 shots for a .958 and 0.96. But beyond the nice numbers, he’s looked like the sharp, confident goalie of two years ago and has made a handful of quality saves. Also, the Bruins are one of five teams yet to surrender a power-play goal and have killed off all nine man-down situations (conversely, they are already 0-for-NINE on their own power play, a lingering problem that will need fixing soon).

19-year-old rookie Dougie Hamilton, playing with Zdeno Chara, has hardly looked like a teenager playing in his first two major league games. He’s averaged a veteran-like 18:33 time on ice per game over an average of 22 shifts. He’s made a couple of nice hits, saw power play time in his first NHL game, and is tied for third on the team with five shots on goal. It’s going to be fun watching this kid do his apprenticeship under a guy whose style and presence he’ll hopefully ape for years to come.

Two games in is certainly too early to draw any conclusions but it’s also nice the Bs haven’t given us anything to bitch about yet…except for the power play and the concessions. They’ll be back at it tomorrow night when they visit MSG to take on the 0-2 revenge-seeking Rangers.

A few more buds for your Patriots funeral pyre bowl…

*So much for all those wild proclamations of spurned fans and people ‘boycotting’ the NHL (the notion of any Canadian boycotting hockey was so silly it shouldn’t even warrant coverage). Ratings records have been dropping left and right since Saturday and teams are reporting sell-outs across the board. Yeah, the lockout just killed the enthusiasm for the sport.

*In case you haven’t seen Detroit’s Damien Brunner do his impression of teammate Pavel Datsyuk, check out his beauty of a shootout goal.

*After Saturday’s win, several Bruins’ family members were standing in their usual post-game waiting area for their husbands, brothers, and sons. Among them was a certain HOF defenseman. He wasn’t in his own area nor did he seek any special treatment. Ray Bourque was just being what he was in that moment—a proud hockey dad waiting for his son after the game just like everybody else. Pretty cool to see.