When I was on active duty, people who were awarded the Medal of Honor while living were elevated to almost a Godlike tier. Their sacrifices under fire were studied, lauded, and envied. People wanted to believe that they had the level of courage that Dakota showed in Afghanistan.

In 2011, I had just been promoted to Staff Sergeant and saw Dakota as everything that was good about the Marine Corps. Stories about him answering President Obama’s call while Dakota was on a construction site made their way around the Marine Corps. Enlisted Marines laughed at the idea of telling the Commander in Chief that you were banging nails and he’d need to call you back during afternoon chow.

We all were amazed at Dakota’s balls simply for the fact that his one request was to share a beer on the porch of the White House with the President. Imagine that. A young Marine getting the nation’s highest award for bravery and all you want is that one beer with the President. 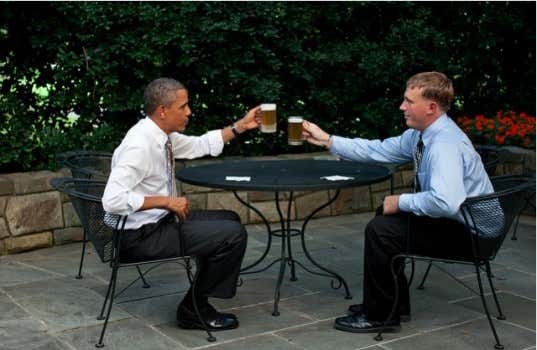 Since starting Zero Blog Thirty, we’ve had a ton of guests on who I respect for their military virtue. Dakota is obviously on par with anyone in that regard. From Kyle Carpenter to Rob Oneil to Flo Groberg to Clint Romesha and on and on. We’ve had our nation’s best on the show but this interview is so real that you absolutely have to listen to it. From top to bottom, it’s our best show yet.

Dakota and I sat down for 35 minutes and went through every range of emotion. We talked about his relationship with other notable veterans and how he’ll often call them when he’s feeling troubled. He talks about his battles with PTSD, the news, and the reputation of the Medal of Honor.

We also bust each other’s balls. When I hang up my microphone, this will be one that I’m glad I was a part of. Dakota Meyer is Marine’s Marine. When you listen, you’ll hear why.