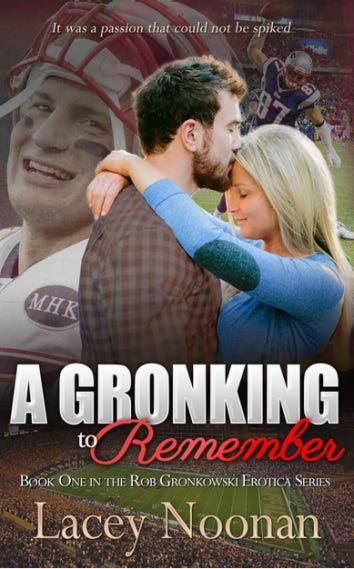 I was going to get to this, sooner rather than later. I was actually part way done with a breakdown of the wide receivers, but to do anything other than tight ends right now would feel like car shopping for TVs while there’s a massive hole in your roof. You might need both, but it’s about setting your priorities. Because …

Positional overview: Like I told Willie and Large on Barstool Breakfast, the Patriots love to say they don’t draft for need. But if ever there was a time, now would be it. Fortunately, if ever there was a year to go into the draft looking for a tight end, this would be it. This class is considered both talented at the top and deep, with at least two 1st rounders and probably more getting drafted than last year’s 15 and 2017’s 14. And arguably no team puts more emphasis on the position than they do. In 19 drafts they’ve selected 12, including two 1sts and Gronk with a 2nd. And brought in countless more veterans through trades and free agency as Josh McDaniels never stops trying to perfect the two-tight end offense. It was going to be a priority regardless. In the last 24 hours it obviously became the priority. If not two of the top five or six.

Iowa really has become Tight End University, going back as far as former Drew Bledsoe target Marv Cook to Dwight Clark to CJ Fiedorowicz and George Kittle. And this year Iowa could easily be the first program to have two 1st rounders at the position. And there’s a Pats connection given that the Hawkeyes’ offensive coordinator is Brian Ferentz, who was the tight ends coach in New England back in the peak years of the “Joker” two-tight end attack with Gronk and the one who went all John Wayne Gacy on us. By all accounts, Hockenson made the right move to declare since he’s the consensus No. 1, a plug-and-play type who is already an NFL-caliber blocker in Ferentz’s pro-style offense where the quarterback predominantly lines up under center. He won the John Mackey, the Ozzie Newsome and 1st team All-America. He averaged almost 15 yards per reception. Despite his size and strength, he’s a smooth route runner who can create separation and has some glide to his movement. One knock on him is his small T-Rex arms, but no one doubts his catch radius. He doesn’t possess the straight-line speed of some of these guys, but he had the second best time in Belichick’s favorite measurable, the 3-cone. There’ll only ever be one Gronk, but if you want a reasonable facsimile, here’s your guy. But you won’t get him without moving way up.
Compares to the other leading brand: Zach Ertz

While everyone agrees that Hockenson is the standout of his class, it’s pretty much split evenly as to who’s the No. 2. Fant makes about half the lists. It’s pretty much a matter of what type of tight end you’re looking for. Because at Iowa, while Hockenson was in the traditional, inline Y-tight end, Fant lined up all over the formation. He can be an X-iso guy, alone on one side of a 3X1. You can put him in the slot or motion him. He’s the best YAC guy in the bunch, with explosiveness and top end speed. At the Indianapolis Kennel Club show, Fant blew away the competition both in his 40, his 6.81 3-cone and his 40-inch vertical. He might be coached up into an adequate pro blocker, as did the aforementioned dead murderer I mentioned. But that’s not going to be his role. He’ll be a threat on all three levels, stretch defenses and win battles for 50/50 balls with his jumping and leverage. It’s worth noting the Patriots held a Combine interview with him.
Compares to the other leading brand: Jordan Reed

The Pats also spoke to Smith at the RCA Dome Olympics. He’s a Delta House legacy, as his dad was a 1st round pick for the Saints, and then proceeded to make a name for himself last season, with a Bama record seven touchdowns on 710 receiving yards. He’s the most polished route runner in his class, with good body control and the ability to outrun linebackers and safeties in the middle of the field and the seams. He’s also got the versatility for Nick Saban to have lined him up tight, detached from the formation and as an H-back. He’s not as big as you’d hope for in a full time Y-tight end, but he blocks much better than his size would lead you to believe, with great technique and a jab punch out of Mike Tyson’s Punch-Out. So the draft psychics who aren’t sold on Fant all have Smith going in the 1st. A lot of it depends on whether you trust he’s just not just a one hit wonder. Just another Ini Kamoze and 2018 was his “Here Comes the Hotstepper.”
Compares to the other leading brand: Ben Watson

I can’t figure out why, but the Drafterati are all over the map about this guy. I’ve seen him ranked as high as fourth best at his position and as low as 21st. It’s bizarre, given his pedigree and production. His father Chris was in the NFL, now on the staff of the Eagles. He was a high school quarterback who played tight end at Old Dominion, took a shot at QB when his dad was at USC before transferring to UCLA to go back to tight end. And there all he did was lead all tight ends in the country with 60 catches for 965 yards. He’s got the best hands in this class and posted the second best 40-time, behind only Fant. And 70 percent of his receptions were for 1st downs. He’s a little on the lanky side and good stand some good, NFL-approved supplements. And he does play and run a little more upright than you’d like, but he blows past linebackers in coverage and will catch balls in space and get you YAC. He broke bones in his foot as a sophomore, which is exactly what happened to his dad, so maybe that will throw up some red flags and he can be had on the cheap.
Compares to the other leading brand: Gerald Everett

Say what you will about his prospects, but by God you’ve got to respect the Name Game of Kahale Kuio Kalani Michael Wodehouse Warring’s parents. His birth certificate must have a centerfold (Google “centerfold,” kids. Actually, Google Image it. When you’re alone. And remember that before the Internet, all women had flawless, shimmering skin and perfect features. You missed out). Anyway, KKKMW Warring is new to football who played so many sports in high school – everything from water polo to tennis – his could’ve provided the photoshop pictures to get a dozen celebrities’ stupid children into college. His one year of football got him a walk-on to SDSU and he excelled. He’s been a hand-in-the-field-turf blocker as well as a slot receiver. He’s got burst and acceleration who gets in the air quickly to high point balls. He’s a project. But such a naturally gifted athlete it’s hard not be intrigued about what he could do with time and coaching.
Compares to the other leading brand: Todd Heap

Anyone else who hears this name and immediately gets triggered by the time you accidentally watched After Earth or the hundred times you thought that was the classic Karate Kid on the channel guide only to be disappointed when you clicked the info button, I feel you. But don’t hold that against him. Stanford has also become a Tight End Droid Factory, with Coby Fleener, Zach Ertz, Austin Hooper and Dalton Schultz coming into the league in recent vintage. The thing about the Stanford system is it doesn’t put a lot of emphasis on position versatility, so if you’re into spreading your tight end out wide (I heard it too, as I was typing it … but grow up), you have to take an educated guess. Smith put up crazy numbers as a redshirt, with 18.0 yards per reception and an 80-yard, two touchdown game against USC in the Pac 12 Championship Game. He didn’t do himself any favors by declaring early or with the way he ran at Indy. Right now he projects to be a blocking TE/checkdown option in the pros until he develops more of a vertical game.
Compares to the other leading brand: Durham Smythe

Sleeper might not be the exact word. Maybe “late riser” would be a better description, but I’m not too proud to go right to the Draft Cliche Generator App. Sternberger has been moving up a lot of draft boards as more people get a look at his tape and see a versatile guy who’s spent more time on the line in a stance than the Fants of this group. And a naturally gifted athlete who’s dad played college football and whose mom was a two-time All-American in hoops. His 40-time didn’t make anyone stop the combine and start printing t-shirts. But that’s deceptive as his 10- and 20-yard splits were impressive. He was Jimbo Fisher’s offensive MVP, with 48 receptions, 832 yards, and 10 touchdowns in 13 games after being recruited from whatever DII online school he was playing for. He’s a fundamentally sound route runner who doesn’t waste a lot of energy. All the potential is there for him to be a “move” tight end in a system that will move him around and take advantage of his natural talent.
Compares to the other leading brand: Jacob Tamme

The Perfect Patriot: TJ Hockenson. He’s the perfect fit for any team. But those slots between Pick 32 and where they’re going to have to go to get him will be paid for dearly, with millions of dollars and thousands of lives.

Whom the Patriots will take: Irv Smith and Jace Sternberger. I’m going with the rare two-fer. I feel that strongly they’ll take the best available tight end in the 1st round and then take a later flyer on a developmental project with one of their five Day 2 picks.