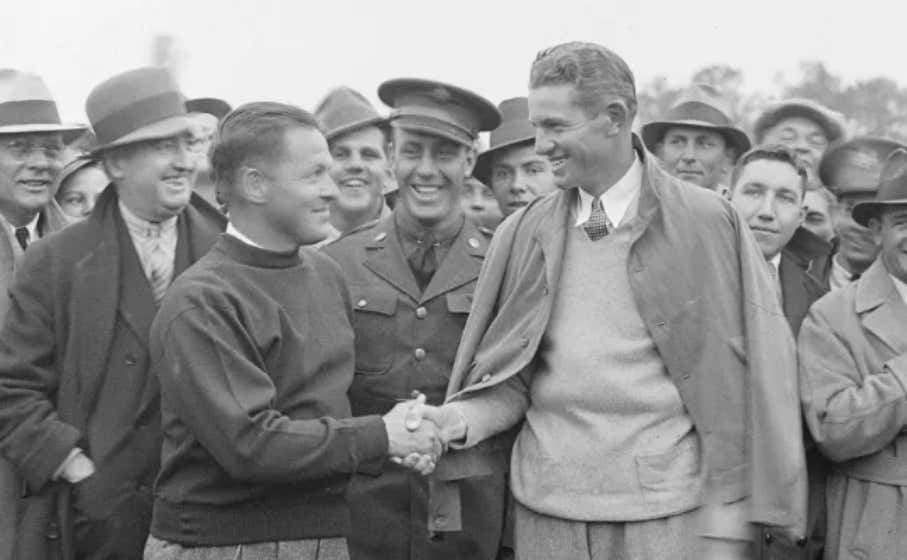 A tradition unlike any other is born in Augusta, as Horton Smith wins the first Masters Tournament. The tournament is founded by Bobby Jones, who looked to create a new golf event and a golf course in his hometown, after winning the old Grand Slam in 1930 and stepping away from the game. There was no green jacket at the time as that did not become a tradition until 1949.

Bobby Jones was born March 17, 1902, in Atlanta. A gifted golfer, Jones made history in 1930, winning the four biggest events at the time. The U.S. Open, U.S. Amateur, British Open, and British Amateur Championships. After the 1930 season, Jones decided to step down for regular competition without becoming a professional.

After retiring, Bobby Jones decided to build the sport in other ways, by designing golf courses. His masterpiece was in his own hometown Augusta, Georgia where he sought to create the greatest golf course in the world. One for the United States that was equal in grandeur to the legendary courses of Scotland. After work was finished at the Augusta National Golf Club, Bobby Jones called for a tournament to be held early in spring as the Azaleas were in bloom.

Horton Smith a professional from Springfield, Missouri who was 25, led the tournament from start to finish. On the first day, he shot a two-under-par 70 and was tied atop the leaderboard with Jimmy Hines and Emmet French. On Friday, Smith carded par 72 and remained at -2, holding a one-shot leader of Ed Dudley and Billy Burke. On the third day, Horton Smith again shot 70, maintain a one-shot leader over Burke at 284 (-4). Horton Smith would finish his tournament with a par, finishing one stroke ahead of Craig Wood, while Billy Burke and Paul Runyan finished at -2. Ed Dudley with a par 288. The tournament was decided with a 20-foot birdie putt by Smith on the penultimate hole on Sunday.

For winning the first Masters Tournament, Horton Smith received $1,500. There Green Jackets that first year, as they did not become a tradition unlike any other until 1949. However, the first 12 champions, all received retroactive Green Jackets for the years they won. Horton Smith won two of the first three Masters Tournaments. The 1934 tournament played differently than any other as it started as holes 10-18 and 1-9 were reversed that first year.