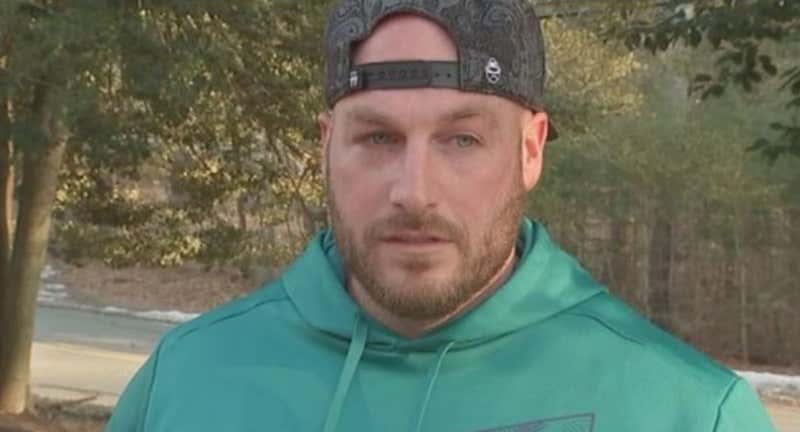 A man from Freetown, Mass., was arrested on Monday night for keeping an 86-inch flat-screen TV that was mailed to his home by mistake, according to Boston 25 News.

Nick Memmo, 35, told the outlet what occurred at his home the night of his arrest: “They surrounded the house and knocked on the door with flashlights coming through all the windows. They told me to come outside then handcuffed me.”

Memmo said that he originally bought and paid for a 74-inch flat-screen TV on Amazon, but when the 86-inch arrived, delivered by a third-party shipping company, he chose not to return the larger model. The police found it mounted on to his wall.

“I looked into all the laws and said, ‘You know, it’s a scratch ticket. Sometimes you win, sometimes you lose,’” he said, adding that “Amazon said I had nothing to worry about. I made no wrong decisions at that point.”

This is bullshit. If something arrives at your house, it’s yours. Unless it’s a person. I dont wanna go down that road but that’s the only exception to the rule.

Additionally, the fact that you are supposed to be an ole good samaritan head ass and return the tv is a joke. Not many people have the type of car that can even fit one of the biggest televisions in let alone the will power to return that kind of tv. Entrapment for days.

I feel so bad for this dude.