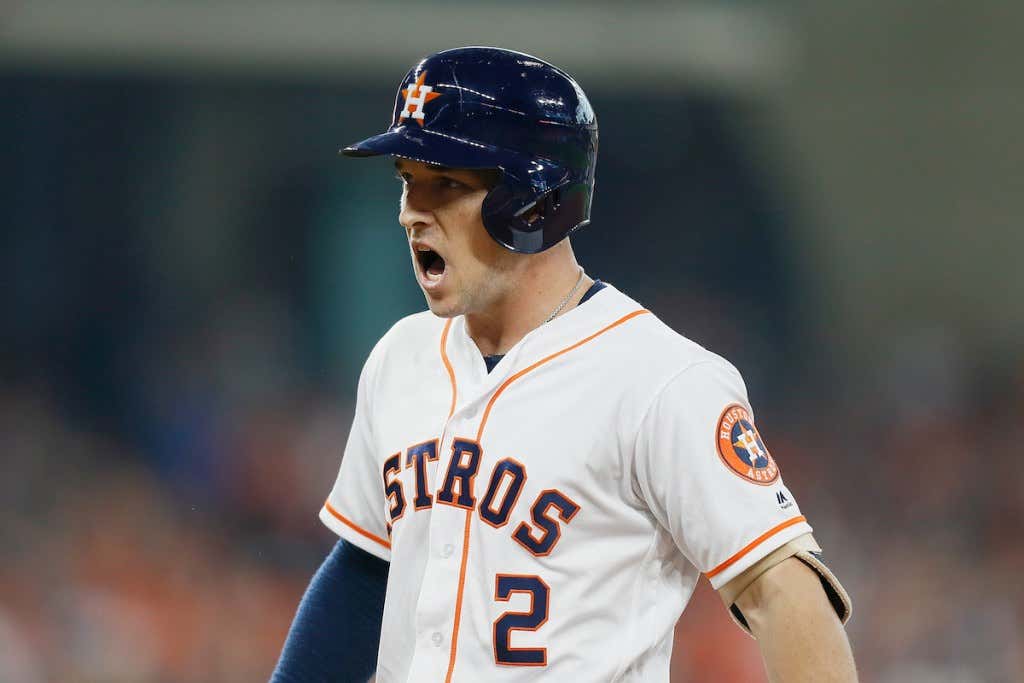 How many Barstool bloggers have thrown a fastball by the bat of a hundred million dollar Major League Baseball player? One. You’re fuckin’ lookin’ at ‘em.

After statistically being a top five offensive player in baseball last season, finishing fifth in the MVP voting, Alex Bregman’s pay increase for 2019, after the Astros renewed his contract, essentially amounted to pennies. Bregman was not quiet about his displeasure over the dollar amount. Wisely enough, the Astros went to work on a six-year contract extension that bought out all his arbitration years plus two years of free agency. Brilliant. It’s just smart business, honestly, especially if the goal is to keep the player beyond those two free agent years that they just bought out.

Arbitration can get messy, and we’ve seen arbitration records get shattered in recent years by star players in this league like Kris Bryant, Nolan Arenado and Mookie Betts. Bregman’s cases for monster raises in years down the line would’ve been no different. The six-year extension rips up the contract that Bregman had originally been tendered for 2019 and replaces it with a salary figure that is not yet known, but will surely be more lucrative than whatever figure he reluctantly had to accept.

In 2018, Bregman was fifth in the majors in wRC+ (157), 7th in OPS (.926), and third in offensive WAR (7.5) behind Mike Trout and Mookie Betts. Oh, and this is only his age-25 season coming up so you can expect him to only continue to get better. With the six-year extension, Bregman will have the opportunity to test the free agent waters after his age-30 season. I would imagine that this won’t be the last nine-figure deal that the 2017 World Series champion puts ink to paper on.

So, congrats to Bregman. I guess.