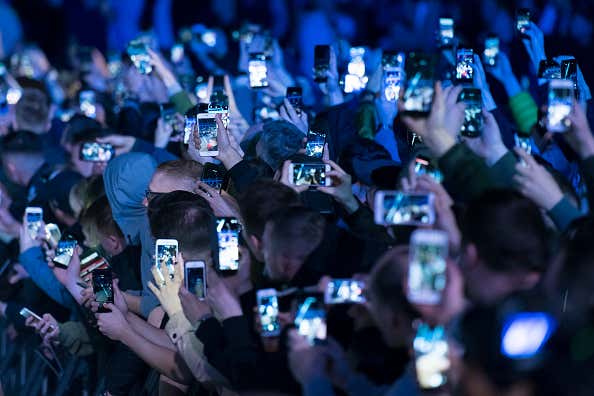 Source – A majority (58 percent) of Millennials feel that life is more stressful now than ever before, according to a new survey.

In addition, one-third of Millennials believe their lives are more stressful than the average person’s, according to the survey by OnePoll on behalf of Endoca, a CBD oil company.

For Millennials, the source of tension is typically a myriad of small stressors – phone batteries dying, being stuck in traffic or long waits for appointments – that add up to big anxiety over time, according to the survey of 2,000 Americans ages 22-37.

‘Stress isn’t an abstract issue — it’s a significant problem and doesn’t necessarily have to be caused by one large inciting incident,’ said Henry Vincenty, CEO of Endoca. …

Half of Millennials cited losing a wallet or credit card as the most stressful life event, followed by 48 percent each who were overwhelmed from arguing with a partner and traffic delays.

In addition, 39 percent feared forgetting their passwords, while 38 percent each were stressed over credit card fraud and forgetting a phone charger (they start to get anxious when their phone hits 23 percent). …

Other modern-day stressors also came into play: nearly 20 percent of Millennials said that getting zero likes on a social media post would cause them more stress than having an argument with their significant other.

Take that, Gen-Xers! Go fuck yourselves, Boomers! Greatest Generation, my ass! Tom Brokaw is a punk!

You know, as I was reading this list, all these things Millennials have to deal with that their parents and grandparents could’ve never even conceived of, it was impossible not to think of my own mother. Sure, she lived through the Depression. Late in life she told us about the time her mother took her and her Special Needs younger brother around Thanksgiving asking for help and how mortifying it was. She went to work doing the Rosie the Riveter thing at the Quincy Shipyards during World War II. When I was nine and she was widowed with five kids, she went back to work full time as a 411 operator and had to wait two years before our health insurance kicked in. Then when my grandmother died she took in my uncle and cared for him for the rest of her life. And she died months shy of seeing the Red Sox win a World Series.

I always thought she went through more than anybody should. It never occurred to me what a cushy existence she had.

Cry me a river, Sob Sister. So you spent your whole life making sacrifices for others. So you were reduced to begging in the streets of Boston. Do you have any idea how mortifying it is to have the WiFi suck so bad you keep getting the loading wheel spinning while you’re trying to catch up on The Marvelous Mrs. Maisel? The Great Depression? Pfft. If you want to know what real depression is, try posting a photo of your mochaccino with the heart design in the foam and not getting any likes. Spouses die and leave their widows without much money every day. But try having a phone die when you forgot your charger. Now that’s grief.

But enough about the woman who raised me. According to researchers, the typical member of the human species is a 28-year-old, Han Chinese, urban, Christian male who makes less than 12,000 US dollars a year and doesn’t own a bank account or a car. He’d be the guy who one-third of Millennials think has less stress than they do. And while I won’t speak for him, I’m guessing a guy who is probably lucky to get 2,000 calories a day, breaths dirty air as he walks to his job in an overcrowded city run by Communist oligarchs and lives off $250 a week, would probably get a chuckle out of the idea that people who can get a meal delivered, a ride or casual sex by pressing a button on their phone would think they have it tougher than he does because they have to remember their iTunes password.