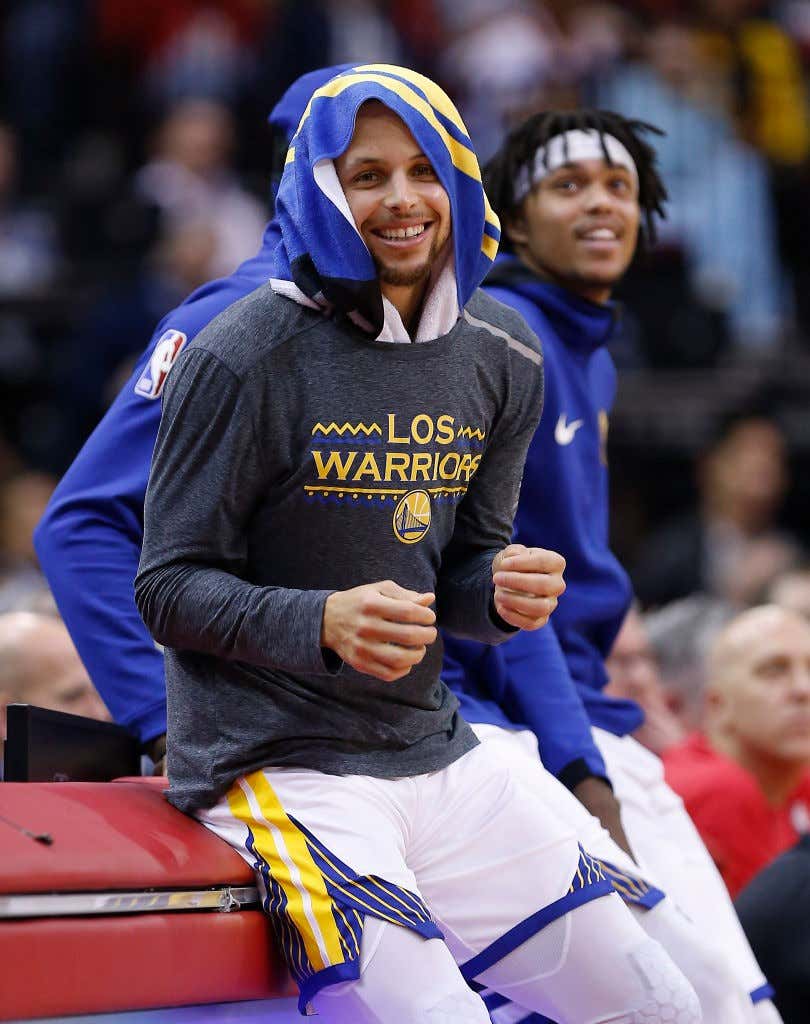 Golden State is an insane -10000 favorite to reach the postseason, which means for every $100 you bet, you would win $1. You would think at that poor value, no one would really be willing to go after the Warriors playoff odds, but you would be wrong. One bettor at Westgate has $67,000 riding on the Warriors not suffering a stunning collapse this season where everyone gets injured, and if he’s correct, he’ll collect a robust $670 for his efforts.

Congrats to this guy today. Over the weekend the Golden State Warriors clinched a playoff spot in the Western Conference. It was a feat no one saw coming. You mean to tell me a team with Steph Curry, Klay Thompson, Kevin Durant, Draymond Green, and DeMarcus Cousins clinched a playoff berth before anyone in their conference? A true underdog story come true here. Average Joes Gymnasium, Leicester City, 2006 George Mason, and the 2018-2019 Golden State Warriors making the playoffs.

One brave soul put down $67,000 on the dubs to make the dance and today can cash in that prayer of a ticket for a whopping $670. What an asshole. If you have the cash to put down $67k then what the hell does $670 do for you? Where is the logic in any of this. Don’t get me wrong, I love a good wager, but this is just nonsense. This is the guy you bring to the horse track and bets the favorite in every race. He has Duke winning it all in his bracket. Well, congrats on your $670 sir. You earned it. I’m not here to say if he put that money in the bank he probably would have produced more on interest alone, but those are just facts.

The thought just crossed my mind before hitting publish on the blog, but what if this was an elaborate scheme to clean money. Could it be possible he robbed a bank right before making the bet and had to put it all on a sure thing. Isn’t that what you’re supposed to do right after robbing a bank? Run to a casino? I could be wildly wrong here, but it makes sense in my brain. Then again this now a national story and any unsolved bank robbery has to have this man as a prime suspect. Might have backfired there huh?