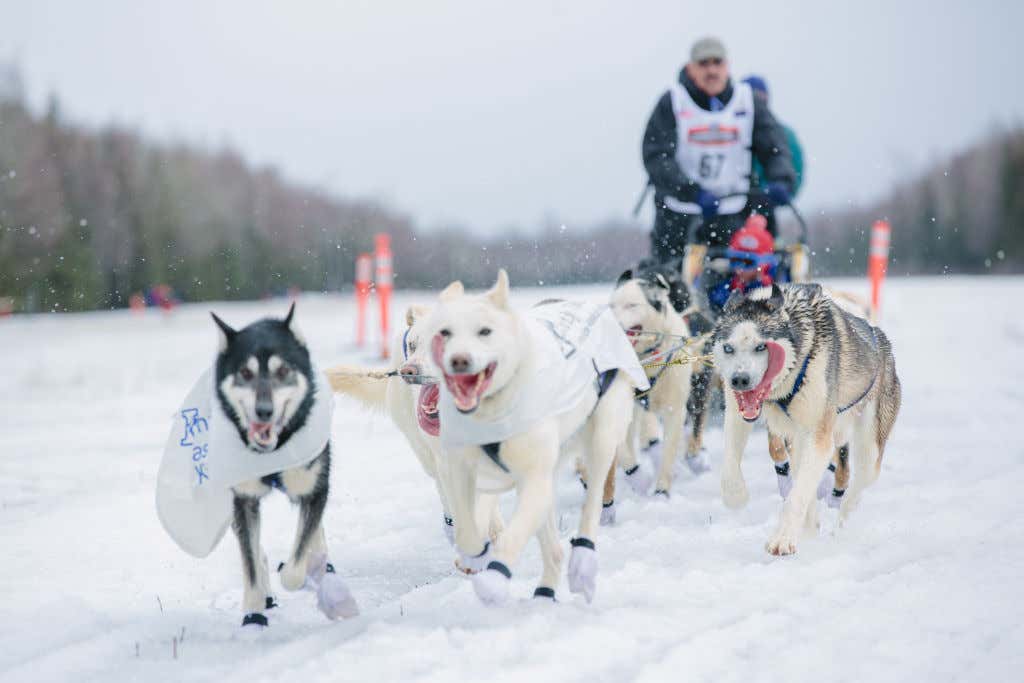 Alaska – French musher Nicolas Petit looked like he was in solid control of the world’s most famous sled dog race and about to erase a year of doubts and second-guessing after a last minute misstep cost him the 2017 title. Then the dogs quit on him Monday morning.

A dog named Joey had been fighting with another dog on the team and jumped it during a break as the team was making its way to the Iditarod Trail Sled Dog Race checkpoint of Koyuk on the Bering Sea coast.

“I yelled at Joey, and everybody heard the yelling, and that doesn’t happen,” Petit told the Iditarod Insider website. “And then they wouldn’t go anymore. Anywhere. So we camped here.”

That, my friends, is how you write the perfect lede.

But for real. How in the frickin’ heck is this dude in the Iditarod if he doesn’t even realize you can just start screaming at your dogs and expect them to not only understand what you’re saying, but to then take it as constructive criticism to get out there and get better. Like you’ve got an entire generation of human athletes right now who shut down any time their coach yells at them because they’re too sensitive to take it as constructive criticism. Do you really think that a team full of sled dogs are going to handle it better?

And good for the dogs. I mean obviously it sucks that the one dog seemed to be bullying the other. But they’re not gonna let some French dude just scream at them after they built him up a 5-hour lead. Buddy,,, the dogs are doing all the work here. You’ve got them trekking all across Alaska. It’s fucking cold up there. You think those dogs really want to be lugging your ass around the middle of Alaska in the middle of the winter? Hell no. They want to be home playing at the park and getting a ton of treats for being good boys and good girls. You want to be an ass about it and yell at them? Have fun finding your own way home.

P.S. – Do you think there are a bunch of old heads in the sled dog community right now who are complaining about these millennial dogs being too soft mentally? There’s gotta be.