Or something like that, but heyyyy you’re in here so keep going, heh heh!

There are several Twitter worlds I lurk in (comedy, sports, neat birds, sad girl, news, military/veteran affairs…), and among the latter of that list I’ve noticed a buzz about Ralph Lauren’s collections these past couple years… Sweatshirts with military emblems barely adjusted from the originals, blazers that are strikingly similar to the iconic Marine Corps Blues, an array of camo fatigue pants & blouses, & accessories like patches, buttons, buckles and hats representing made-up units.

No vets that I know genuinely consider it ‘sTOLeN vALoR!!!!1!’ (including myself; my eyes roll just hearing that term at this point), but I have to admit it’s wacky to see things you used to wear for your job, items whose deeper meanings have been drilled into your head, priced into the thousands for style. Even moreso when you think about how you always spent your yearly uniform allowance on beer instead of stocking up on more of the real deal. Who knew it was so desired? 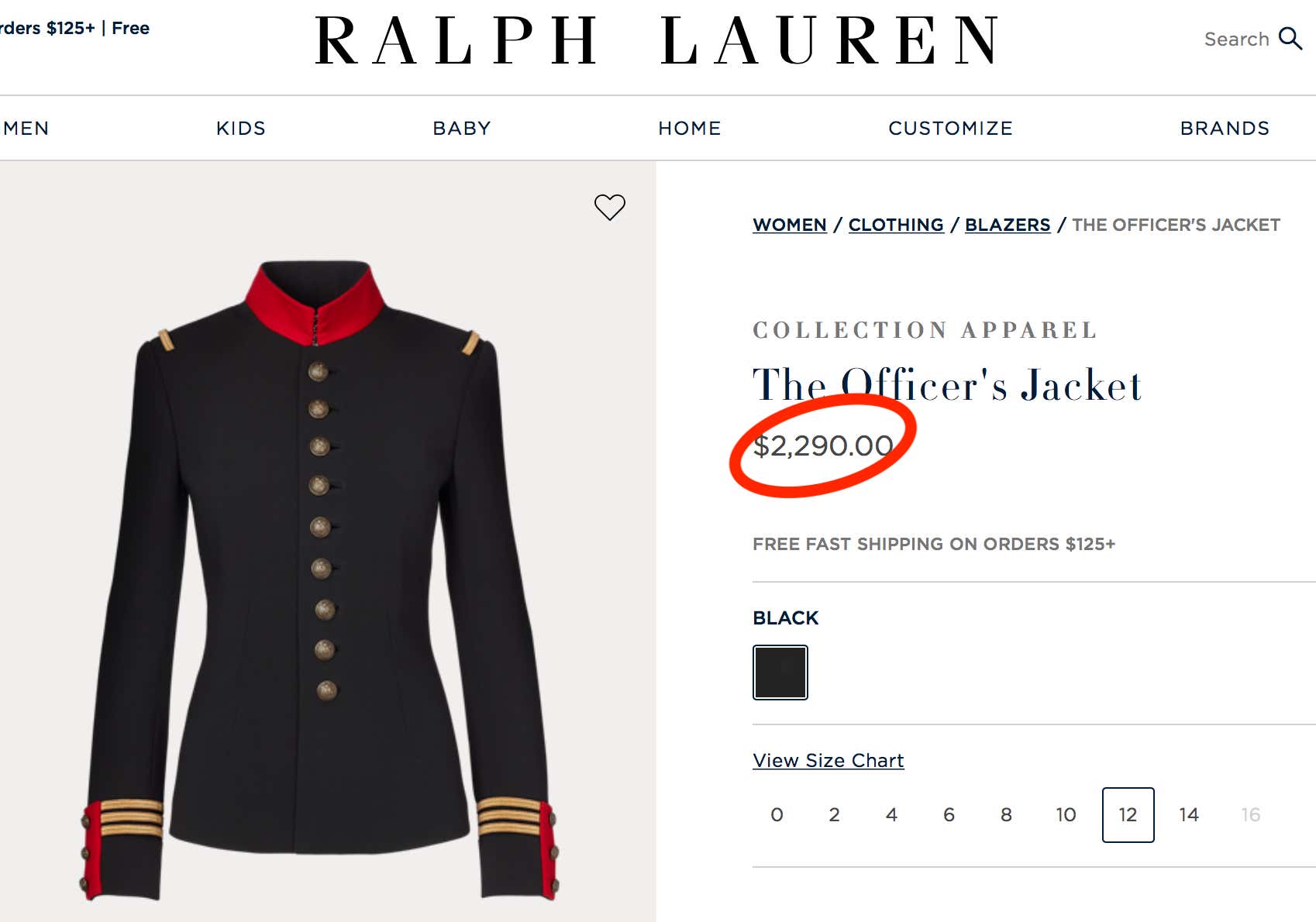 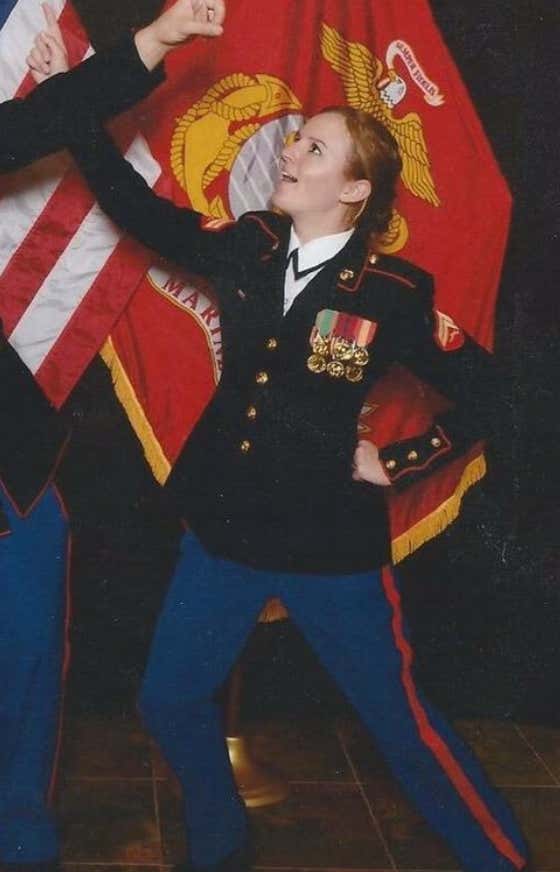 At the same time, we’ve been at war for almost two decades now… It’s pretty ingrained in our culture, and fashion reflects culture so there you have it. And at this point it would probably be difficult to go into any clothing store and not find something military related. Plus, everyday mil stuff is flat out glamorous & cool. 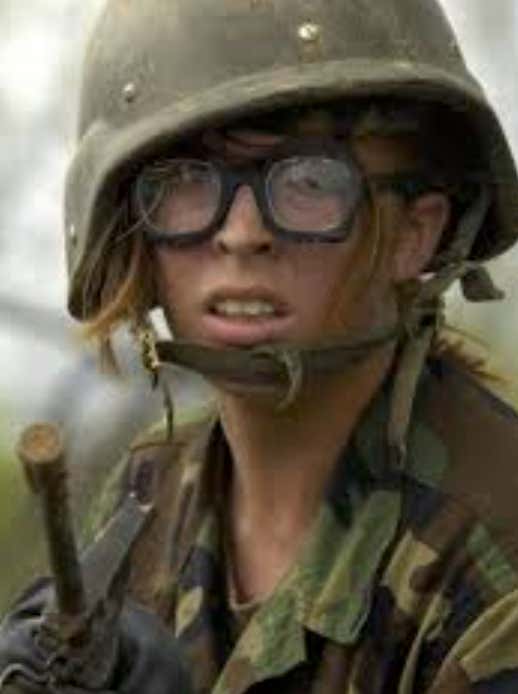 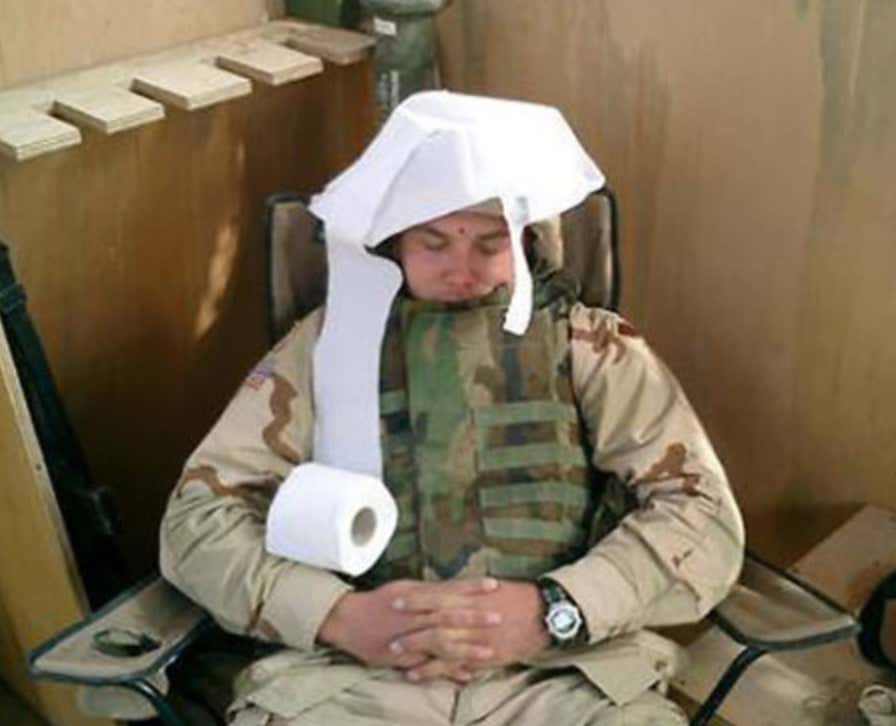 So today I decided to head down to SoHo’s Ralph Lauren spot & try some of this gear on for myself.

No one else was there besides the staff who couldn’t have been nicer or more attentive, especially considering I wore old gym clothes to work today ’cause I was bloated. And that was a relief since I usually steer clear of anything fancier than a Target.. I was afraid this would be a Pretty Woman type situation where they’d turn me away, and I’d have to come back later with Dave’s company card & be like,

But I digress. The aesthetic of the Ralph Lauren store itself was like if the forced Americana kitsch of an Applebees wall went upscale & had a baby with Disney’s idea of the Wild West, and then everything was dusted off & shined, and put through the Gingham Instagram filter. Old timey cash registers, weathered wood, wrought iron railings & details… A yuppie through & through, it made me want to buy clothes I couldn’t afford. Here’s some of those clothes by the way:

In the end, my main issue with Ralph Lauren’s military clothes is that none of it fits me. And that’s absolutely a Ralph Lauren problem, and not a “Kate’s been eating 5 cookies in bed every night right before she switches off the lamp” problem. Please come out with a line for veterans who have given up featuring camo pajama jeans or something, Mr. Lauren.

Speaking of – Ralph Lauren himself (formerly Ralph Rueben Lifshitz from The Bronx) has a little street cred in this realm; He actually served in the Army for a couple years (’62 – ’64) & then worked his way up into fashion afterwards.

As for any other issues, I do have to say, the military inspired collections at his fashion house in particular just seem so lazy… It’s not like they got inspired & then branched out artistically to make something fresh off of it.. they just straight up copied most things with only slight variations in colors.

And the over-done cramming onto one polo feels like the official uniform of Euro-tourist dudes everywhere who rock a ton of cologne & hair gel: 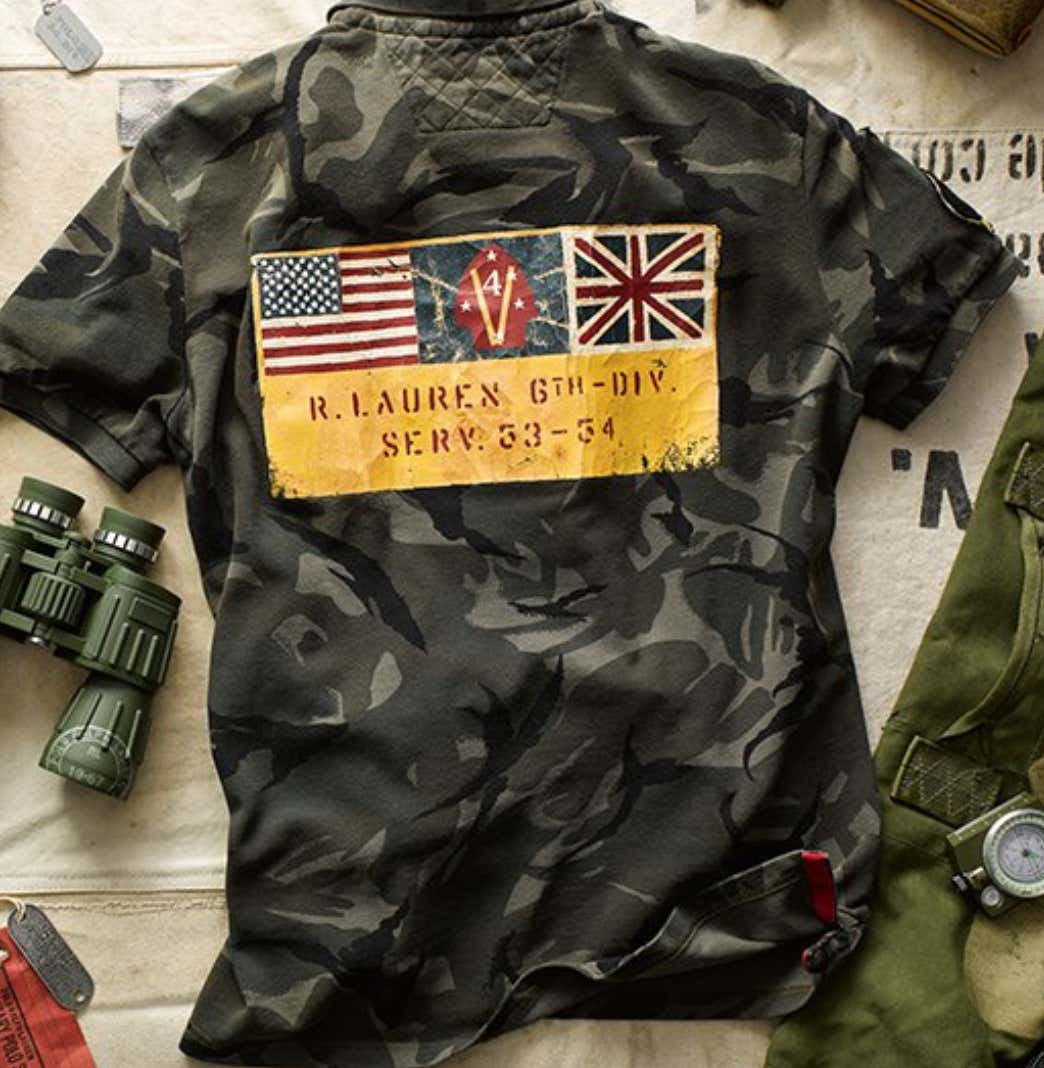 So overall, it’s not for me – that ship has sailed – & not that it matters but I’m 100% fine with it… although personally I think if you’re going to do it you should mix it up. Take inspiration, but don’t just blatently replicate thoughtlessly. Make something new & exciting like these cutoff adjustable camo shorts with a nod to our glo-belt culture.

Or go the post 9/11 route & stick to cringeworthy graphic tees that aggressively alienate & perpetuate negative stereotypes about veterans as a whole. 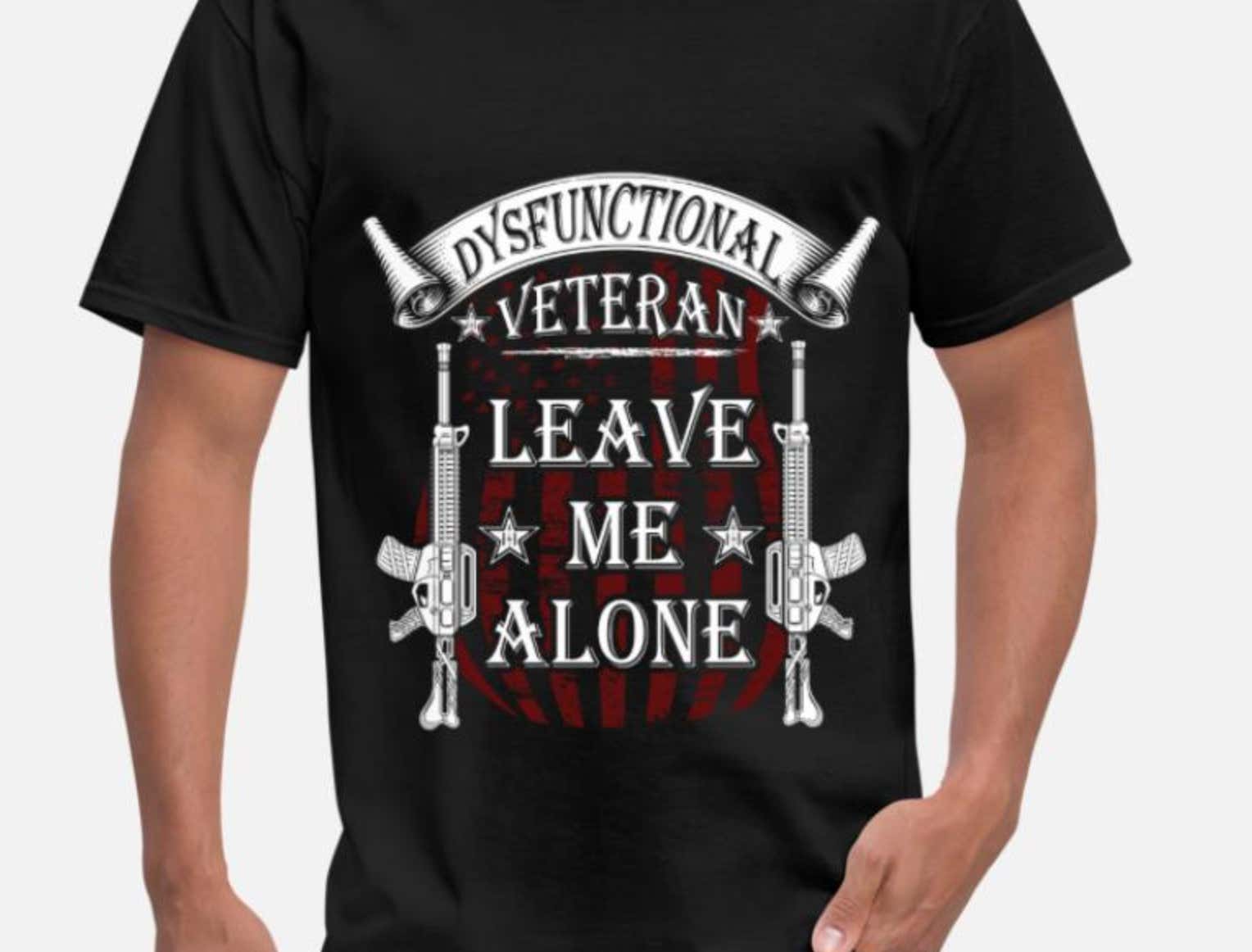 Signing off, a clearly functional veteran who spent her evening writing hundreds of words about going to try on some Ralph Lauren clothes earlier today because of tweets she saw and she’s not even sure if anyone has read this far & if they have, whoa.