Alright, this video is awesome. I’ll admit something because it’s always safe to admit something on the Internet where people never judge you. I’m not a Lego fan. Was never one to build stuff. Just not who I was as a kid and it still flusters me to this day 31 years later. But, watching other people do cool shit with Lego’s and that sort of stuff is always cool.

In case you aren’t sure exactly what this is, it’s a replay of this Jordan Poole shot from last year’s NCAA Tournament:

The guy absolutely nails the Lego version. He has Moe Wagner chasing Poole. He has Devin Davis falling down in the lane breaking down. He has the bench shot. Speaking of bench shot: 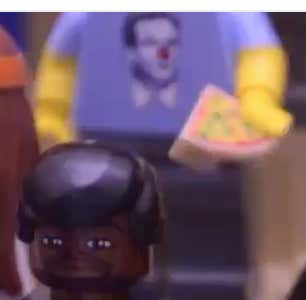 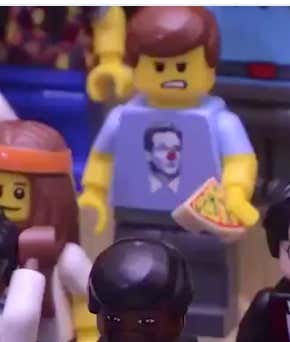 A slice of pizza? The Goodell shirt? Somewhat prep school face. That’s Davey Pageviews. I wonder who the Calgary Flames fan is next to him though.

So as we don’t have any day games today, if you’re a Michigan fan or really hate Houston just go ahead and watch this Lego version. It’s pretty awesome and should keep getting you ready for next week.