I’m not going to lie, I laughed out loud when I saw this. Something about a guy forcing his girlfriend to take thirst traps of him on the beach is hilarious. I don’t even think it was a photo, I think she was taping him doing yoga. I’m sure he returned the favor considering the fact that her ass was fully out, but still, what a preposterous sight. Zero shame demonstrated by either party. The only excuse is that he’s some sort of fitness influencer. That or he’s a gay, which would be par for the course in terms of his social strategy. Either way, that lady is definition of a ride or die bitch. She covered everything from downward dog to cobra. 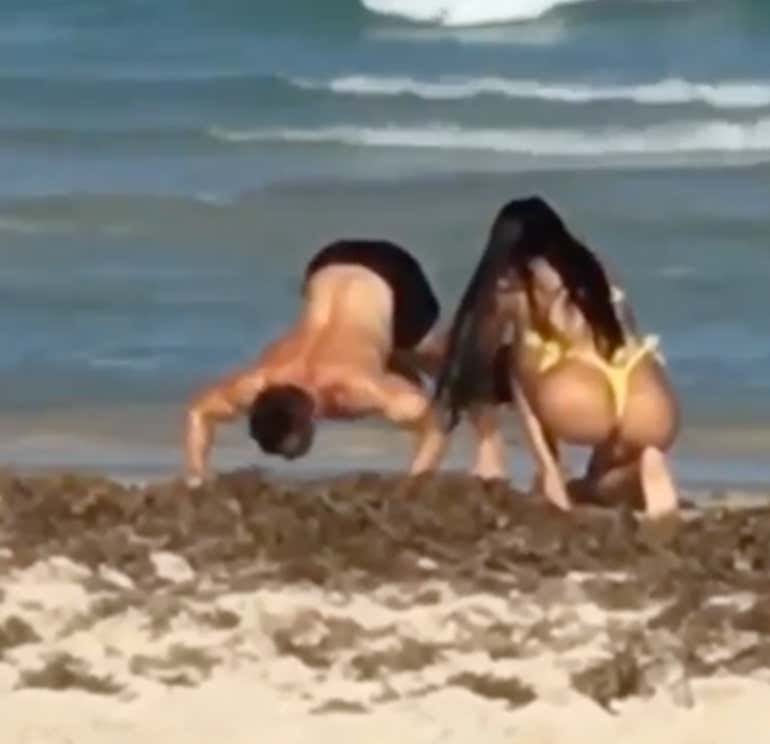 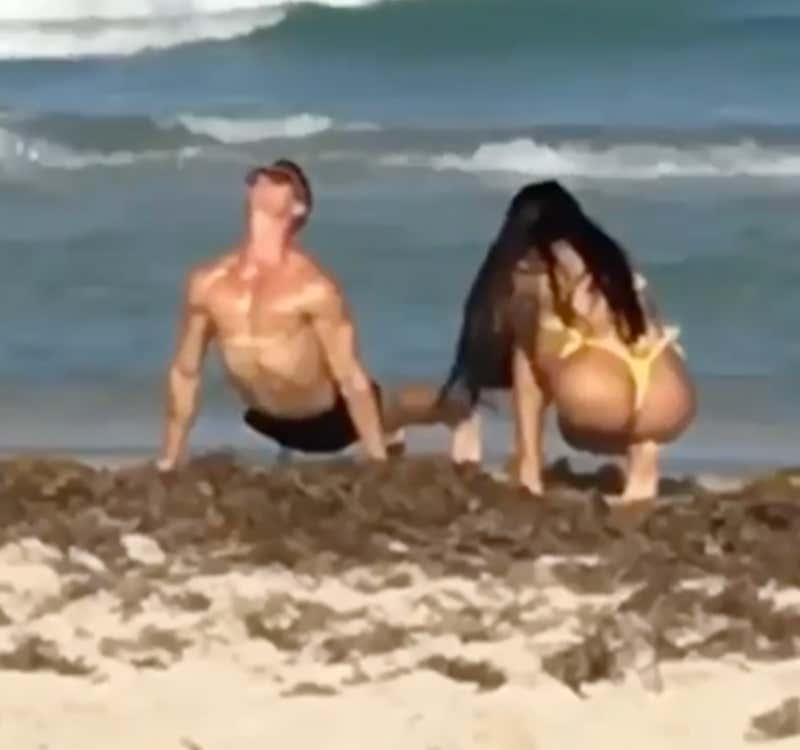 All with her caboose blowing in the wind. Normally I’d make fun of these two, but they’re so unapologetic about the whole thing that I have no choice but to respect them. I hope they get all the likes they ever dreamed of. They probably will too- it’s not every day you see a guy thirsting on the beach. Can’t say the same for the ladies.