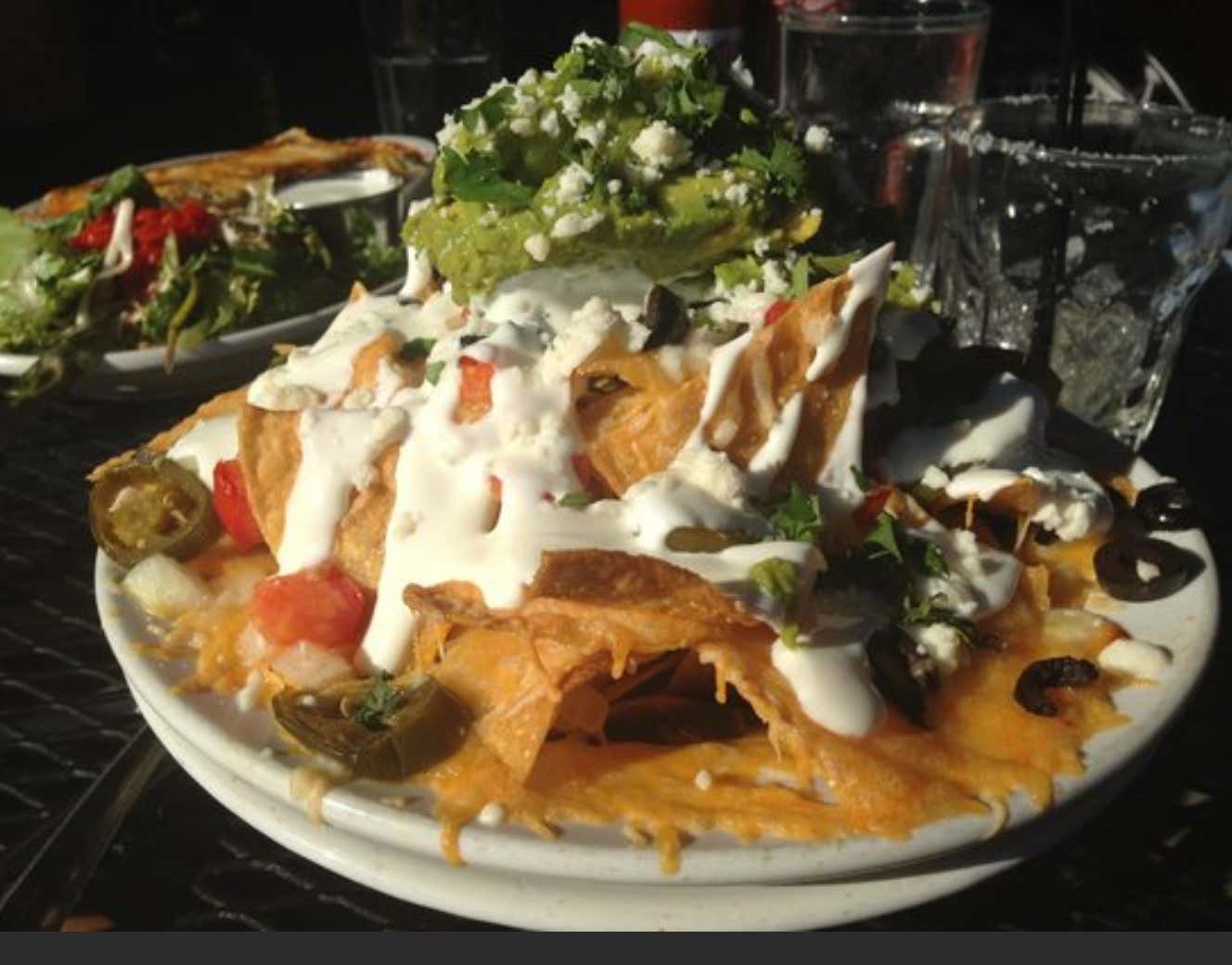 For 34 years I’ve been ordering nachos. I love the ingredients. I love chips. Sounds like a great idea every time. And every time they get to the table and they are a giant, uneven, underwhelming pile. Every time I say to myself, why did I order these? I leave every first course disappointed by nachos.

Well not anymore. No longer. I’m finally just willing to admit that nachos are overrated.

Any given nachos order you get one, maybe 2 chips that are when you originally envisioned you were gonna eat. Every other bite either ends up being a completely plain tortilla chip with no toppings at all. And you try to dip it in the guac or the sour cream that is just LUMPED on top and you get like one little edge and thats it. Or you have the Saving Silverman moment where you grab one chip and the whole fucking tower comes with you. Some of you Neanderthals think thats a good thing. Like its so cool to have a giant fucking mess of chips dragging across the table. No thanks. And then you get the middle chips underneath the tower that are completely fucking soaked in nacho meat and sour cream and flop over like an undercooked slice of pizza. You get one or two chips from the middle-to-outer layer that are good and thats it. The waitress comes by and asks if you’re done and the table says “No we’re still picking” even though nobody actually is going to pick because they’ve all given up on this dumb appetizer. Eventually they take away a cold plate of stale chips, beans, way too many jalapenos, and pile of uneaten meat.

And its not even that the nachos are that bad. Like I said I love all the ingredients, its just a logistical nightmare. But the real problem is the opportunity cost. Appetizers are the best thing on earth. They bring me so much joy. I’m a huge proponent of eating several apps instead of an entree. Like tapas but real life, adult tapas. Not some stupid overpriced dish of 2 tiny meatballs for 25 dollars. I’m talking about ordering a few full sized plates of things you love. A little variety. A lot of delicious food. Not conforming to any one entree just because society says its now time for your main course. Anyway, the list of apps has SO MANY choices that are superior to nachos. Buffalo wings, pigs in a blanket, motherfuckin MOZZARELLA STICKS. If you want to scratch your Mexican food itch. Get all those same ingredients with a much more effective way to eat it. Even if you wanted to stay in the realm of chips, there are better chip based apps. Give me some queso dip. Give me some spinach artichoke dip. I’d rather just have normal ass chips and salsa than the nachos that failed to deliver.

Thats really all nachos are. They are a plate on the menu that talks a huge game and fails to deliver. Overhyped to the fucking moon with stellar meat choices and condiments and then you sign up for it and its just an albatross commitment that sits there and the team of people who paid for them dont know what to do with them. Every time you get nachos you’re getting the Vernon Wells of appetizers. Just weighs you down and takes up space until you eventually cut your losses and throw them out, thinking all about how that money and space could have been spent on more mozzarella sticks. Or maybe potato skins. Perhaps some sliders for the table. A lot more options to make your meal better. People will still keep ordering nachos until the end of time because chips are awesome and so are Mexican food ingredients. But its time to be honest that they are overrated and dont deserve the praise and the automatic “must order” status they receive.

PS – If you eat at a restaurant where they make individual nachos that are prepared properly and evenly distributed and all that, yes, those are probably delicious. Again I’m not debating the ingredients. I’m talking about the preparation and the presentation and how they just arent logical or effective as a shared meal at a large table in public. If they are specially prepared nachos, I guess we can discuss that. But its time that we stop putting the normal pile of nachos on a pedestal.