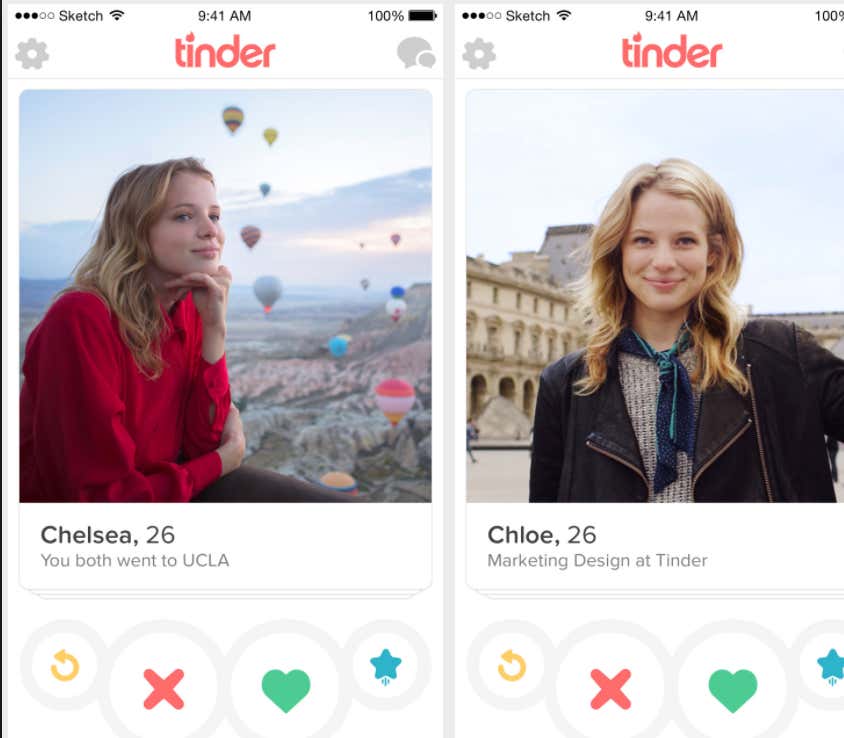 So a couple former Barstool fired smokes/interns dropped by the office today unannounced and uninvited ranting and raving about a new app called Tinder.   I’d never heard of it before.  Basically it launched in October but really just arrived in Boston last week.  In a nutshell it’s like Hot or Not with GPS tracking from what I can tell.   If you join Tinder it automatically pulls in your facebook profile picture.   It then shows you pictures of all the people within a 50 mile radius grouped by similar likes and friends and you simply click yes or no on whether you want to fuck them or not.  If you say yes than the other person gets a message saying you want to fuck.   If they think you’re hot and want to smash then they accept you and you are connected and can message each other.    It’s so simple and so brilliant. It’s 100% the next huge thing.  Like all these two girls were doing was rifling through every picture of a dude with a hockey helmet on and being like “I’m in the neighborhood let’s fuck.”   I can’t even imagine the damage I’d do with this thing on the Blackout Tour.   It’s like having infrared on what chicks are staying in the same hotel room and are Barstool Groupies.   Not having an Iphone is really starting to cramp my style.

PS  – Apparently Feitleberg lives on the thing and said the entire key to getting laid is your opening line when you get accepted by a chick. His go to line is asking “How many pushups can you do?”  Lame bro.  Can you try any harder to be the eccentric, funny guy?   Here is how you do it.

“I Invented the Internet. Kidding but not”

“I’m married but looking to fuck”

“Were you a smoke on Barstool?”

“You know what they say about big noses”

“Did you only say you wanted to smash me because I’m famous?”

Boom done.  All winners.  And I didn’t even think about them.  They just flowed like water.  Damn I’m missing out on so much pussy with my Blackberry.

Double PS – I’m so mad I didn’t invent this.  It’s such a no brainer that anybody could have developed and these guys will become bizillionares because of it.  The only potential flaw I see is what if Zuckerberg doesn’t let them use facebook anymore.  Then they are kind of fucked.  Other than that it’s gold.