Ok by now you have probably seen that Barstool is in the news and trending all across America once again.  Most men would go into hiding or cower behind their PR teams or make excuses.  It takes a big man to admit his mistakes.  Dave Portnoy is that big man.

Barstool Sports absolutely tried to get Miel to retract her Dcma complaint. But she is making this seem far more sinister than it was. Our social team literally get thousands of user submissions a week. We try our best to make sure the people who send us videos have the rights before we post anything. We make them fill out paperwork saying they own it. However it’s not a full proof plan. But our intent is never to steal other people’s content. Miel never once notified us that we had illegally posted her video. But we do always respond when somebody complains about copyright issues and either take the video in question down or credit the video. Like I said Miel did not contact us. We only found out about the issue after she filed the DCMA with twitter. The second we found out about it we reached out to Miel to try and solve her grievances amicably. Clearly that didn’t work. Where Barstool went wrong is that when she refused to respond and it became clear she had no intention of speaking with us we should have ended it. Unfortunately Barstool Sports has idiots in our company much like many other companies and those idiots acted like idiots. I regret our lawyer offering a 50 dollar gift card to our store not because it’s illegal in any manner but it’s just so moronic and makes us look like assholes. That’s why lawyers should not be on social media. But the goal was always to find a way to remove the DCMA strike and find an amicable solution for all parties and 99.9% of the population will willingly work with you. We found one person had no interest in a settlement and we were too stupid to let it go. Illegal? No. Stupid. Very.

The bottomline is that we do our best to get permission and credit all videos we post on social. Miel had zero interest in finding a solution that would appease her which is her right. The only thing our people were guilty of is continuing to contact her when it was very clear she had no interest in talking to us. But we tried and the original correspondence for both twitter and Instagram went unanswered show we reached out in good faith.   I’ve attached both. 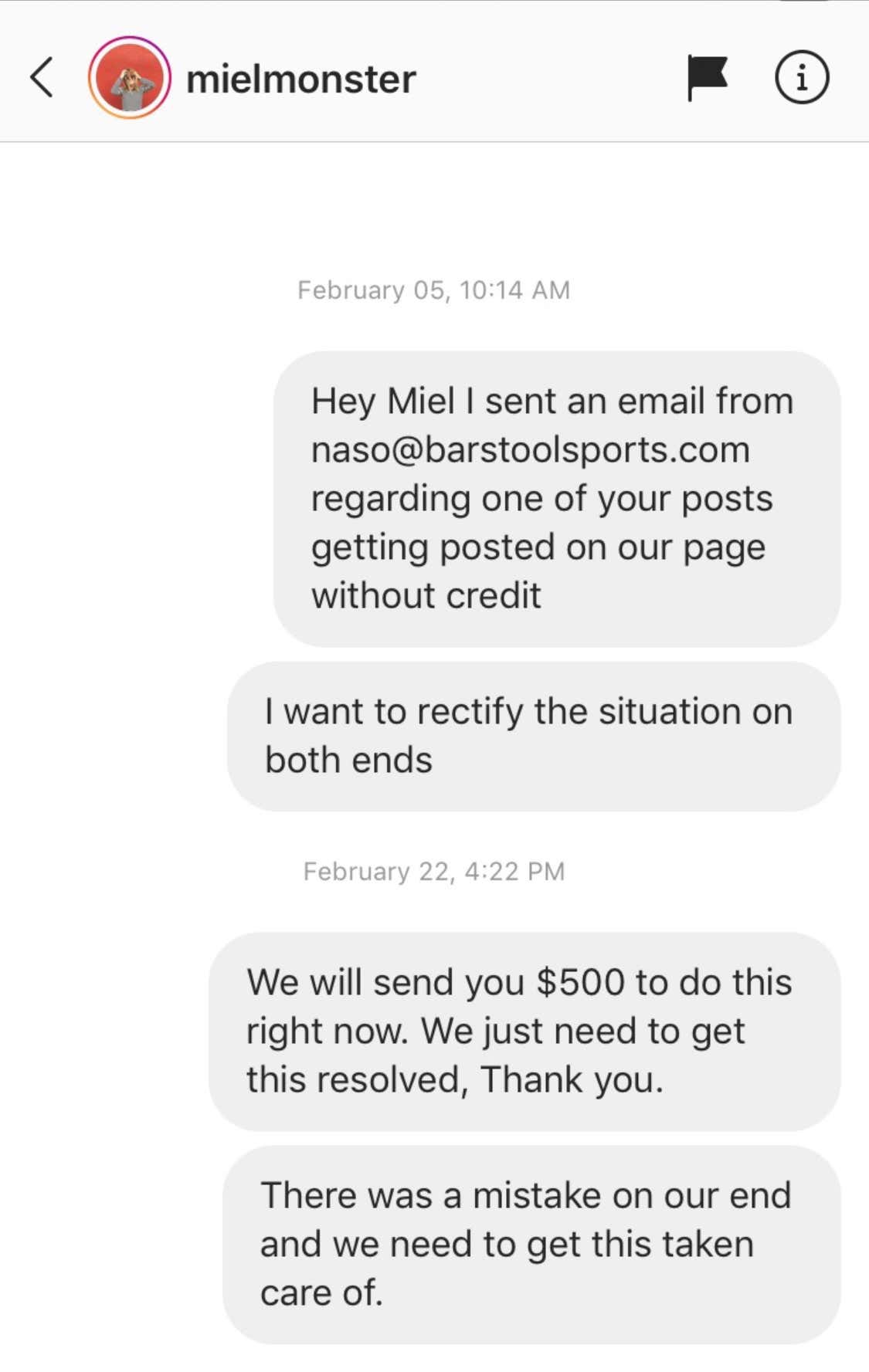 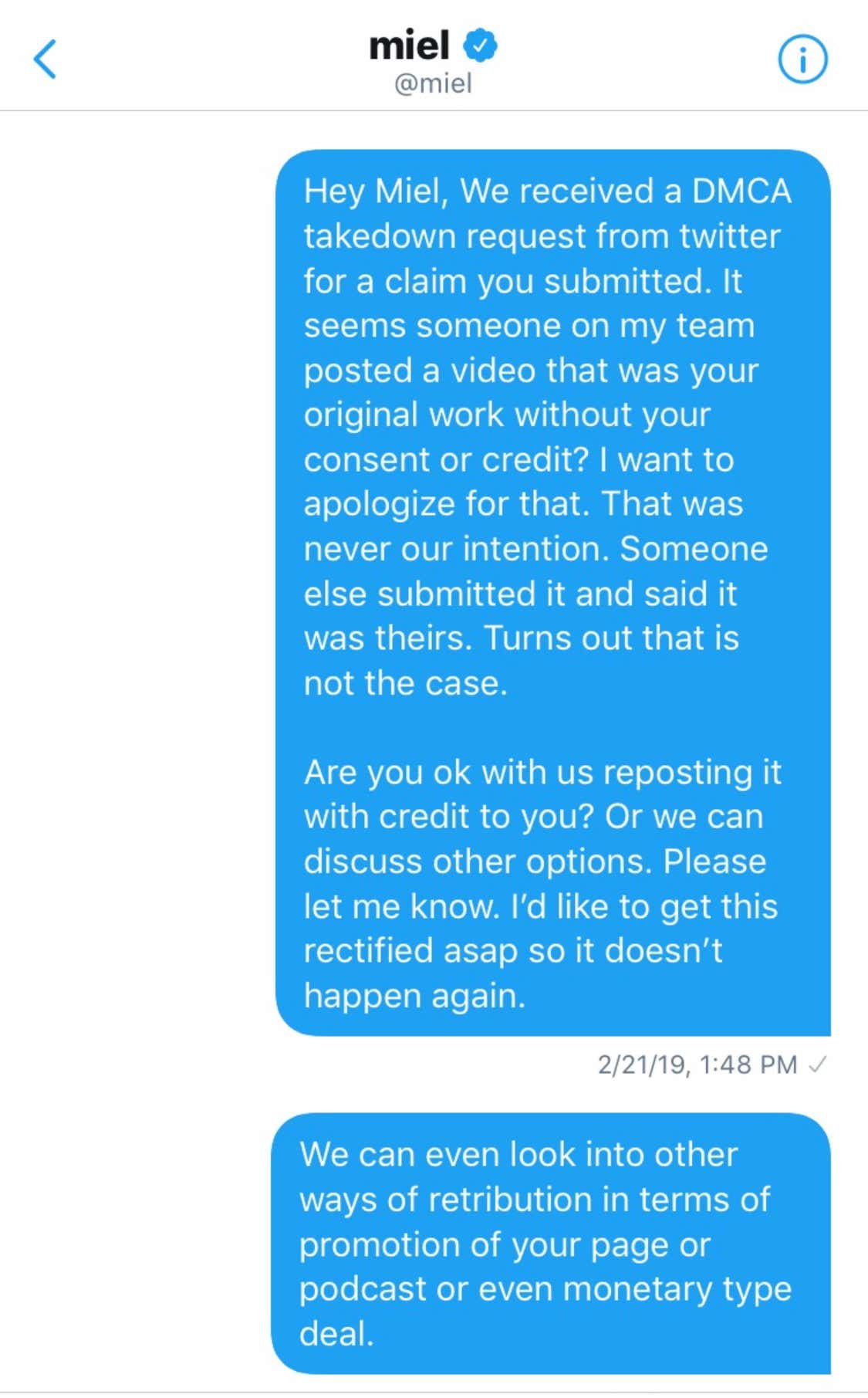