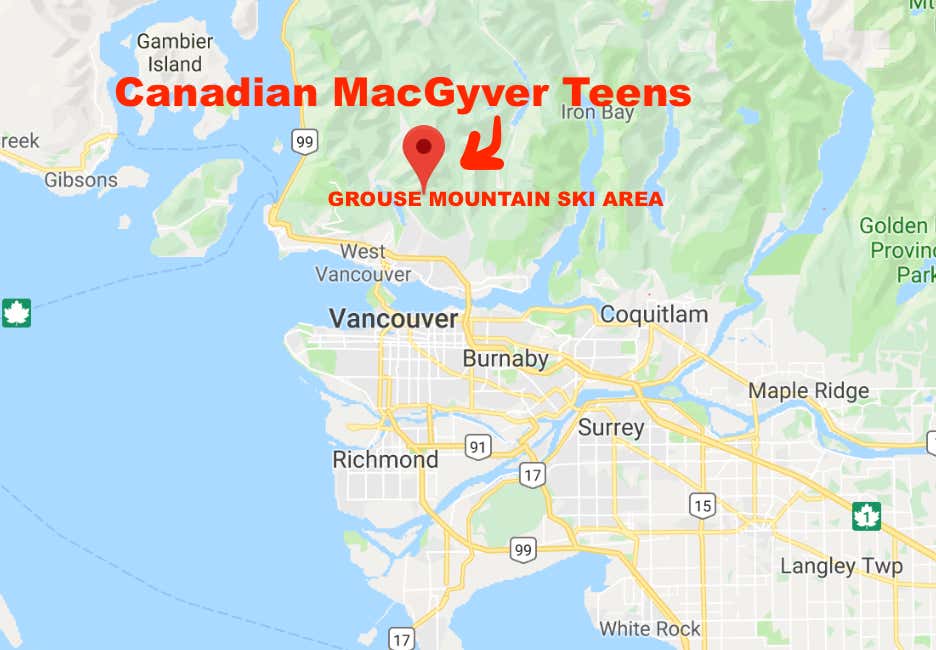 Welp, the wily, sneaky teens are at it again and this time they… oh, wait. The teens have done something extremely good!

Strangers raced to save an eight-year-old boy who was left dangling metres off the ground after he slipped off a chairlift on Grouse Mountain.

The child was on the Screaming Eagle chairlift and within seconds was over the edge. An adult was holding onto him, desperately trying to keep the boy from falling.

CTV News spoke to two teenagers involved in the rescue – Ethan Harvey and Gabriel Neilson – who said they’d noticed the boy flailing around and screaming for help.

“They pointed to the lift and I saw the kid dangling and I was like, ‘Holy Smokes,'” Harvey said.

“At one point, it was just one arm that he was hanging on by,” Neilson said.

Immediately, they came up with an action plan, deciding to use a piece of plastic fencing as a safety net.

“One of our friends told another man to go and grab (the fence) while he grabbed some padding that was around a nearby pole, put that on the ‘net,’ then we yelled up to the child to take his skis off,” the boys said.

“About 30 seconds later he dropped, and that’s basically it.”

On the ground, they held tight to the makeshift net to make sure it didn’t slip out of their hands. They said they knew the fencing would be sturdy enough because “it’s meant for people to run into it.”

First off, I’m glad the kid who fell is ok.

Second, I love one of the teens dropping a hard ‘Holy Smokes’ to show his shock.

Third, these kids having the presence of mind to grab ski netting, convince the boy to kick his skis off, work together to soften the fall & get it right within a matter of minutes is impressive as hell. The end of the video is great, too, when they realize he made it down ok and they all celebrate. I think only one person looks down to check on the kid after that because they’re so pumped.

The snow looked pretty packed down in that spot & I think the child who fell would have definitely at least broken his legs if they hadn’t stepped up.

As an avid snow tuber who has only tried snowboarding once and has never tried skiing, perhaps I shouldn’t be speculating here… but are ski lifts really that easy to slip out from? All I can imagine is that this little guy fell asleep on the way up & sort of drooped out? This has only reinforced my loyalty to strictly sledding/tubing.

You can watch a condensed version here: