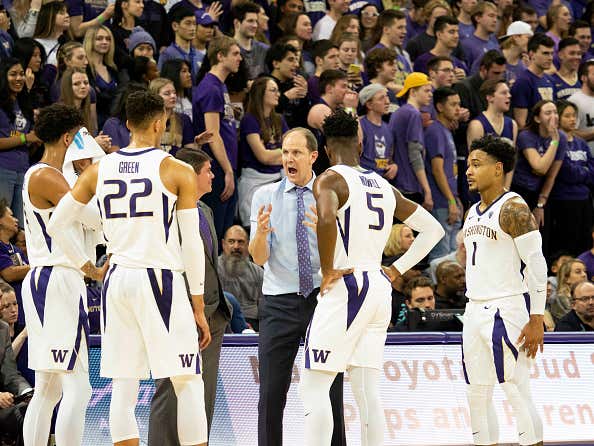 The Washington coaching staff had the traps laid out everywhere in the building to ward off a potentially troublesome infestation they feared would ruin the team’s storybook season of redemption.

“Will Conroy came up to me and he said coach, ‘I was reading about the coach of the New Orleans Saints (Sean Payton) and he said that every four games that they would win, he would come in with mousetraps,” coach Mike Hopkins said. “It was, don’t eat the cheese. You’ve got to stay humble, hungry and wise. I was like, whoa. That’s a great idea.”

What a move. What a fucking move. Washington the favorite to win the Pac-12? Not so fast. We don’t talk about that here at Washington apparently. We’re going to put mousetraps everywhere to keep the team hungry and humble.

Washington has put together a decent season but most people forgot about them during the nonconference. They didn’t get a notable win, but they don’t have a bad loss too. The one loss that they probably shouldn’t have would be neutral vs Minnesota, but that doesn’t kill you. They pushed Gonzaga to a buzzer beater. Now they have just 1 loss in conference play.

Credit to Mike Hopkins. You have to keep a team focused playing in the Pac-12 with it being so bad this year. Keep them on their toes by setting up 30 mousetraps all over the goddamn building and locker room. I love Jaylen Nowell’s response though. Just complete confusion. That’s the ultimate college kid. The hell is this stuff? Ah, whatever.

Football guys are jealous of this move, that’s for sure.