Is it finally Colt McCoy’s time to shine?!?! I hope so. I fuckin’ hope so too dude. This is what we’ve been waiting for. This is what it’s all about. Colt has sat back and waited. He’s held the clipboard. He’s started in spots here and there. He led the Skins to that Monday Night Football win in Dallas. He came in and was ready to lead us to the Super Bowl last season until that unfortunate injury. And now all the puzzle pieces have fit together. All the dominos have fallen into place. And at long last, Colt McCoy could be entering the season as the Redskins starter, oh it’s true,

Because Alex Smith’s contract is fully on the books, the Skins can’t very well and sign another high priced QB. The only other option is drafting a guy at 15 and starting him right away, which seems less than ideal, but still possible. They wanted Kyler but it now looks like he’ll go number 1, or definitely top 5, because his hand is slightly bigger than originally thought.

So, Skins fans, time to get on board the Colt Train. We’re riding and dying with him, and dying isn’t an option. 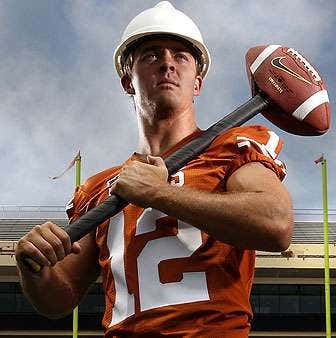