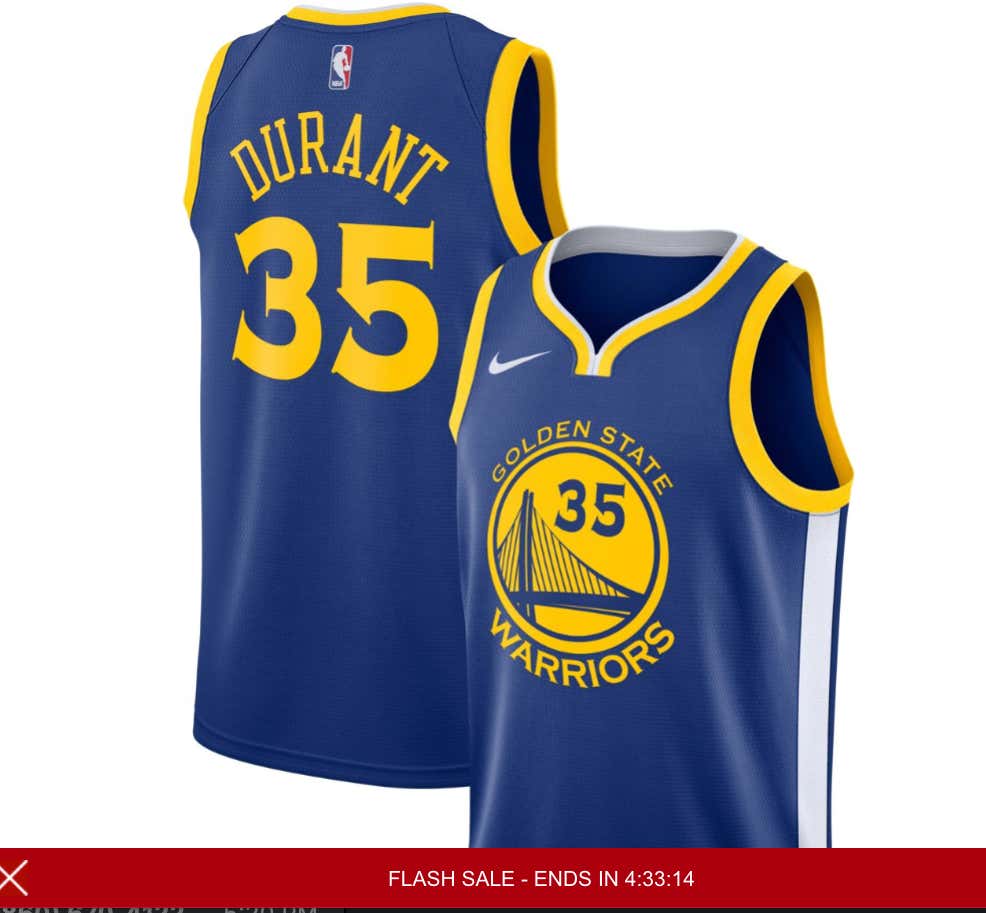 I’m not one to look too deeply into conjecture and try to create dots simply so I can connect them. In fact I loathe such tomfoolery for taking away from the sport that is basketball. But it’s hard to ignore something as glaring as this. Whether it comes to betting lines or discounted merch, you should always follow the money when trying to get any insight on what people truly think is going to happen. And it appears ol’ Dicky Poo seems to think that he needs to get rid of some Kevin Durant jerseys like they are Ball Don’t Lie shirts. I’m not saying it’s because he sees something in the stars that says KD may not be wearing blue and gold next year, he was just trying to clear out some inventory before Q2 of the fiscal year, or it’s all just pure coincidence. But despite what the name of the store may suggest, I’m pretty sure Dick’s Sporting Goods’ goal is to make money and selling the jersey of one of the league’s best players for Black Friday prices that would make Portnoy puke in the middle of the NBA season isn’t exactly a sound business strategy unless there is another motivation behind it.

Now if you will excuse me for a minute, I have to check something out.