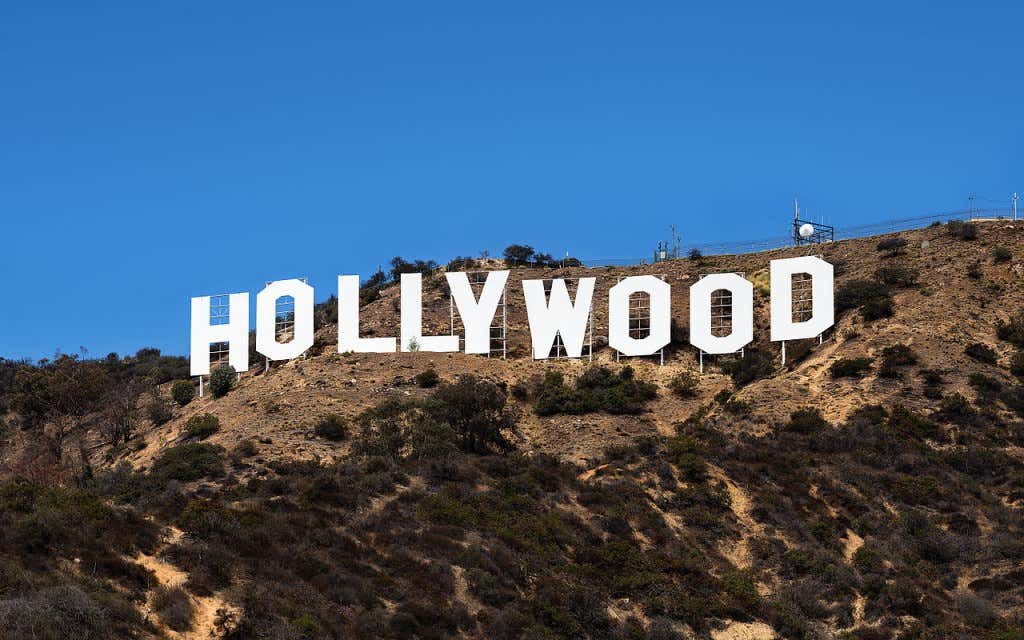 Welcome back to my imaginary movie career. In case you missed it, I am creating an entirely fictional acting career for myself where I star in various movies. I published Part 1 two weeks ago. It featured me mainly in minor side roles as I was just getting my foot in the door. I would catch up on those if you haven’t already.

I originally planned to release these blogs in sets of 3. Movies 4, 5, and 6 would feature “The Breakout” portion of my career. Then 7, 8, and 9 would be the “Stardom” phase, and so on and so forth. But writing three movies takes awhile and combined it would be like 5,000 words, so I decided to just release them individually. I’m sorry for the wait, but not unlike George RR Martin, my writing takes time. You can’t rush perfection. I can’t say when the next movie will be ready. Do you think Leonardo da Vinci had people breathing down his neck asking, “Hey when do you think you’ll finish up that Mona Lisa painting?” No.

Anyway, Phase Two of my acting career: “The Breakout” has begun. Here’s the first movie from it. 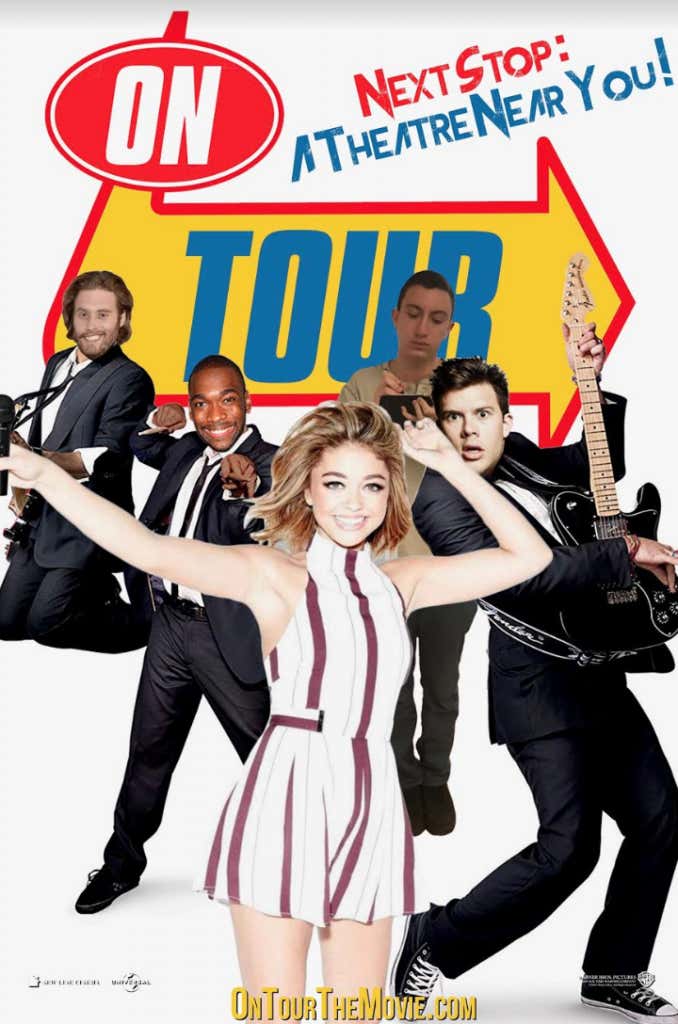 All numbers are fabricated from my brain, just like everything else in this blog

Plot: “Four Way Stop” is a band on the rise based out of Portland, Oregon. Not a household name or anything, but we put on a mean live show. Carly (Sarah Hyland) is the lead singer. She has the voice of an angel but severely lacks self-confidence. She could be a much bigger star if she believed in herself. But she comes from a broken home and is constantly put down by her boyfriend Jesse (Jimmy Tatro). Sarah Hyland will do the singing in her scenes because she can actually sing. Here’s video evidence

Her boyfriend Jesse is also the band’s guitarist. He’s a real douchebag. Very loud and obnoxious. Thinks he’s way better at playing guitar than he actually is. He always refers to it as “Time to shred some strings baby.” He treats Carly like shit. He gives a lot of backhanded compliments like “There ya go sweetheart, almost hit that note. You’re almost starting to sound like a real singer.” But he’s undeniably cool and is always wearing backwards hats.

I play the band manager – Tom. The character’s name was already written as Tom. I’m not supposed to be playing myself or anything. Simply a coincidence. When I got the role, the director/writer (Sean Anders), says “I knew you were a good fit for the role when you had the exact name!” and we chuckle over it. A bond is formed.

I’m a hands-on manager who really knows his stuff – a tireless worker with a shrewd, clever, and unconventional mind. I’m childhood friends with Carter the bassist (we’ll get to him shortly). Carter is also Carly’s sister. Their last name is Carlson. Their parents were weirdo free-spirit musicians and thought it’d be funny to give them names like that. When we were younger (I lived next door), I’d always go over to their garage to practice. There was a four-way stop sign next to their corner house, hence our band-name “Four Way Stop” which also works because there were four of us. See, I used to be in the band. Carly (a year older than Carter and I) was the singer, Carter played bass, Darren (he left the band after moving to Seattle for a job in finance) was the drummer, and I was the guitarist. (There will be flashback scenes and references to explain this all).

Eventually, I realized that I was holding the band back. I played guitar as a hobby, but didn’t think I was good enough to continue if we were going to really become big. I decided to be the manager instead. We’d later add Jesse as the guitarist and Quincy (Jay Pharoah) as the drummer. As time passes, Carly and Jesse fall in love as she’s attracted to his physical appearance and alpha qualities. This killed me, a beta, as I’ve been in love with Carly since childhood. I maintain a resentment for Jesse because of this, especially with how poorly he treats her.

Carter (TJ Miller) is the bassist. He’s a huge pothead and free spirit. He’ll routinely miss practices and stuff, but he can play the shit out of a bass, so the band puts up with it. At one point in the movie, he says “Practice!?! We’re talking ‘bout practice?!?” My character replies “Carter you’re a pothead bassist in Portland, not Allen Iverson!” It’s not one of the film’s strongest jokes, but it’s good enough for a cheap laugh and will be used in the trailer. Now I know what you’re thinking: Is TJ Miller too controversial and edgy for this role? Well, I have good news. By the time this comes out, Miller is on the recovery trail, and this serves as one of his comeback films.

The drummer Quincy is the least flawed character in the film. He’s generally in a good mood, and Pharoah puts on a strong performance to deliver consistent laughs throughout.

We’re talking about someone and I say

Tom: “I really like the cut of his jib.”

Quincy: “What did you just say?”

Quincy (exasperated): “I really gotta get some black friends.”

A harmless race-based joke that the audience will feel comfortable laughing at.

The main plot of the movie focuses on us touring around different cities in the west. We’ve mainly been a YouTube band (my idea to attract to new audiences with creative videos under our music) while also playing in different places around Portland. We want to reach a new audience though. We’re not like selling out arenas in these cities, but playing at bigger bars and stuff. Trying to get our names out there more and build on the existing fans we do have. We do currently have a decent fanbase but nothing huge.

In one of the film’s most powerful scenes, I confess my feelings to Carly. While at a theme park in Santa Cruz, California, Carly and I get stuck at the top of a ferris wheel (nobody else wanted to come on). I think it’s a good time to tell her I’ve loved her my entire life. She says “I can’t believe you’re telling me this now! I feel like I’m trapped.” But it’s clear that she has some similar feelings she doesn’t want to admit. Just as it seems like we’re about to go in a for a kiss, Jesse screams from down below. “Hey baby, I just won this awesome stuffed squid!” and holds up the carnival game prize. It kills our momentum. “This is the schmuck you really want to be with?”, I say with a scoff. This upsets her and we sit in silence for the remainder of the ride.

While the film would mainly be categorized as a comedy, an argument can be made to throw the “drama” tag on it. There is some serious stuff about the dark underbelly of life on the road. About two-thirds of the way into the movie, the band is falling apart. People are turning on each other. My management is questioned after the venue we were supposed to play in Fresno, California cancels on us. Carter and Quincy get in a heated argument, leading to Carter claiming, “You’ll never be half the drummer that Darren was!” Jesse is being exceptionally ruthless to Carly. I finally speak up, and he punches me. I fall over and bleed my own blood. It’s the first physical altercation of my character’s life.

We are reaching a boiling point when tragedy strikes. Carter sometimes turns to more than just marijuana to cope with his depression and anxiety. One night in Fresno, Carter overdoses on pills. We rush him to the emergency room. They’re able to save him — barely. The experience is traumatic but really brings us all together.

Fast forward to the night before our tour finale. It’s in Los Angeles at the biggest venue we’ve ever played. Carly, Quincy, Carter and I go out for dinner. It’s an Italian restaurant with good food, but it’s not too fancy or pricey. We get fried calamari for an appetizer. Carly orders Chicken Francese. Quincy gets Penne alla Vodka (he’s not a big calamari person so he ordered a side salad). Carter gets a Grilled Branzino with lemon (it was a special). I get Veal Parmigiana. None of that is at all relevant to the plot, but you can see our dishes in the scene and I feel character backstory is important.

Jesse hangs back in the tour bus because “I just ain’t feelin’ too trill my G’s.” When we get back from dinner, we hear moaning in the tour bus. We barge in and see Jesse laying pipe with another girl (heavily tattooed and pierced). Carly attacks him and screams. He says “Calm down baby girl, it ain’t what it looks like.” I chime in from the background “How could it NOT be what it looks like?!?” Carly says they’re breaking up and wants him out of her sight. He gets all pissy and says “You losers need me more than I need you losers. Jesse out!” We’re now missing our guitarist the night before our biggest show ever.

In this desperate time of need, only man can save us: me. It’s been years since I played, but I still remember the basics of guitar playing. “It’s just like riding a bike, right?”, I try to assure myself. I spend all night and day learning the songs and practicing. It’s finally time for our performance, and I kill it. I’m way better than any of us remembered. After our last song (an encore performance of “The General” by Dispatch), my character and Carly embrace each other with a kiss. It’s the beginning of us falling in love.

The movie ends with that on-stage celebration and embrace. It’s fairly unique in that sense that nothing else gets explained in a “6 months later” scene or anything. The director wanted to leave that up to the audience’s imagination, but viewers can infer that Carly and Tom end up together and the band gets their big break.

Reviews: “On Tour” is met with mostly positive reviews. It’s applauded for being just a little bit more than your average comedy, as it touches on serious subjects like drug problems and abusive relationships. It’s the biggest role of not just my career, but also Sarah Hyland’s. We’re both praised. It’s clear that I no longer need to be type-casted as a side character. I’m close to becoming a legitimate leading man.

What’s YOUR take on the movie? Leave your feedback in the comments or on Twitter.

Now back to production on the next film.