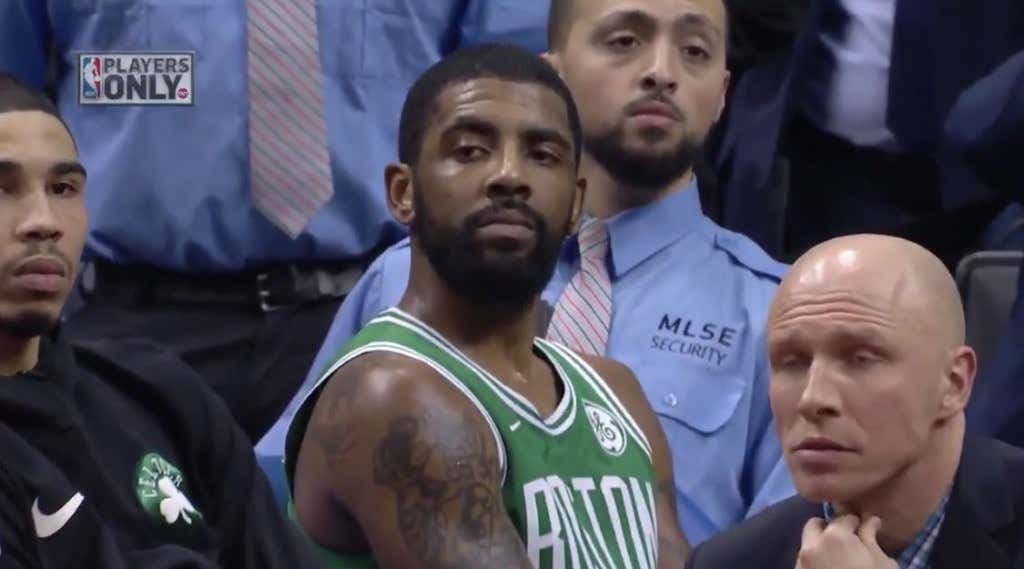 I mean, what is there to even say? How can anyone with eyes possibly spin what we just witnessed? Another chance for this team to prove that they are ready to not just talk about being better and playing better, but you know, actually show it. That lasted about 12 minutes tonight before this team once again shit their pants, saw TOR snatch momentum and never look back. It was basically the Chicago loss all over again. They played great to start, and then got PUNKED for the final three quarters. I’m honestly running out of ways to describe the embarrassment of a product this team is putting on the basketball floor. It’s honestly unlike anything I’ve ever seen. The fact that this is an EVERYONE issue is what’s most concerning. Like if the starters played well but the bench blew you could spin it by talking about how rotations shorten in the playoffs. But what are we to do when all of the starters are equally as bad? Where the hell was Kyrie Irving tonight? A 3-10 7 point performance? Mook another rough -24 which was the worst of the bunch to go along with absolutely nothing from Horford and Smart for good measure. What an absolute disaster.

Obviously the second quarter was where this game was lost, but that doesn’t excuse what we saw on both ends of the floor for this entire game. Even with a good start to the third quarter, that lasted about 30 seconds before their bad habits, careless play and overall sackless mentality reared it’s ugly head. That’s probably the best way I could describe this team right now. They do not have balls. They’re playing like soft bitches. Where is the defensive intensity? Where is the fire to actually put up a resistance against your opponent? The going got tough and this team folded, and that’s the most concerning part. This team can’t stop shooting itself in the foot and then throwing a pity party when things go south and frankly it’s annoying as hell.

And sure it’s a player problem, but when is Brad going to show us that he can fix it? It’s clear whatever the strategy is currently isn’t working, so where is the adjustment. If he was disappointed in himself after the Chicago loss I’d love to know what he feels tonight. This shit starts at the top in my opinion, and nothing we’re seeing from Brad tells us he has any fucking clue what to do. That’s a problem. When your best players lay eggs, your bench is an overall negative, and your coach has no idea how to fix it, well that’s how you get down by 31 which just so happened to be the biggest deficit of the season.

You want to believe they’ll figure things out. You want to have faith in the talent of this team, and time after time they just kick you right in the dick with some of the most gutless basketball you’ve ever seen. Please, for the love of God

Good news is a really talented POR team is up next and all they’ve done is won 4 in a row. Sigh. We’ll have more tomorrow when we comb through the details. but in the meantime it’s time to fucking drink and play so much 2K we forget all about the bullshit we just watched. 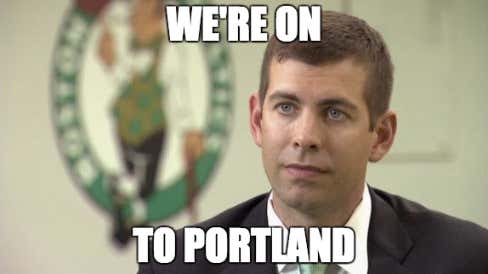