Another Taco Bell? What the fuck kind of black magic is this? Let’s take it to the report:

Southport Corridor – After years of preparing for Taco Bell at 1111 W. Addison to closeand be demolished for a new development, Taco Bell Cantina is now rumored to be returning to the ground level along with Chase Bank (both are in lease negotiations at this time). The original restaurant was torn down this week, and development will soon begin for a 4-story complex including a proposed climbing gym on the upper floors (Chase and Taco Bell and another retail space would occupy the ground level).  As we hear more we will be sure to let you know. Live Mas!

Honestly I’m pretty stupid for not seeing this one coming. Taco Bell Corporate had to be losing their shit when they saw how strongly people reacted to the initial news of this location closing:

I’m sure 1111 W. Addison wasn’t their strongest location regarding health & safety codes. Definitely one of the last of the late 80’s interior decorating and likely their riskiest location on the balance sheet. But if we’re learning anything about modern marketing and business strategy it’s that you have to go right to the consumers heart. Do not pass go. Do not collect $200. Just give the people what they want and get out of the way. And to that end, it’s obvious the people want a Wrigley Taco Bell. 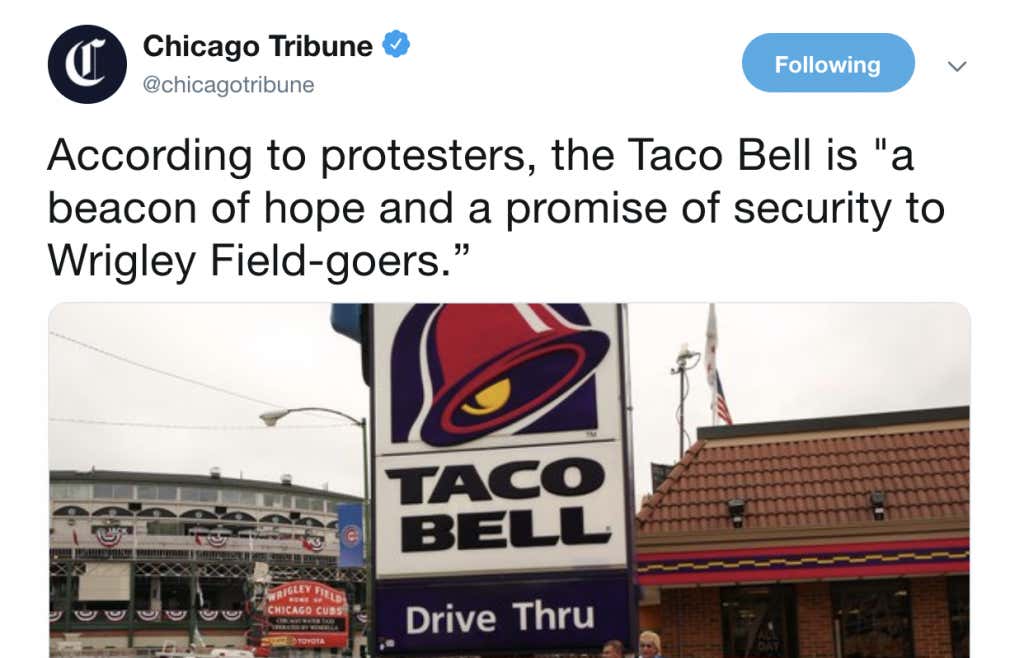 According to protesters. I’ve said it before I’ll say it again What A Time To Be Alive folks. You can protest anything you want including the private sale and demolition of a low grade fast food location and all the food poisoning memories it provided.

In reality, your time is better spent protesting the development that comes with the new Taco Bell Cantina. From local Alderman Tom Tunney and Planet Granite:

1111 W Addison is a 4 story retail building that is currently home to a Taco Bell restaurant.  The 65’ tall structure is approximately 58,000 [total] sf…  The building will feature up to 3 retail tenants on the ground floor, with the upper 3 floors being dedicated to a single tenant, Planet Granite, which is a ‘bouldering’ and fitness facility. Planet Granite Wrigleyville will feature 40,000 square feet of bouldering, yoga and fitness and is slated to open late 2019.

Just what the doctor ordered. Tens of thousands of square feet of this: 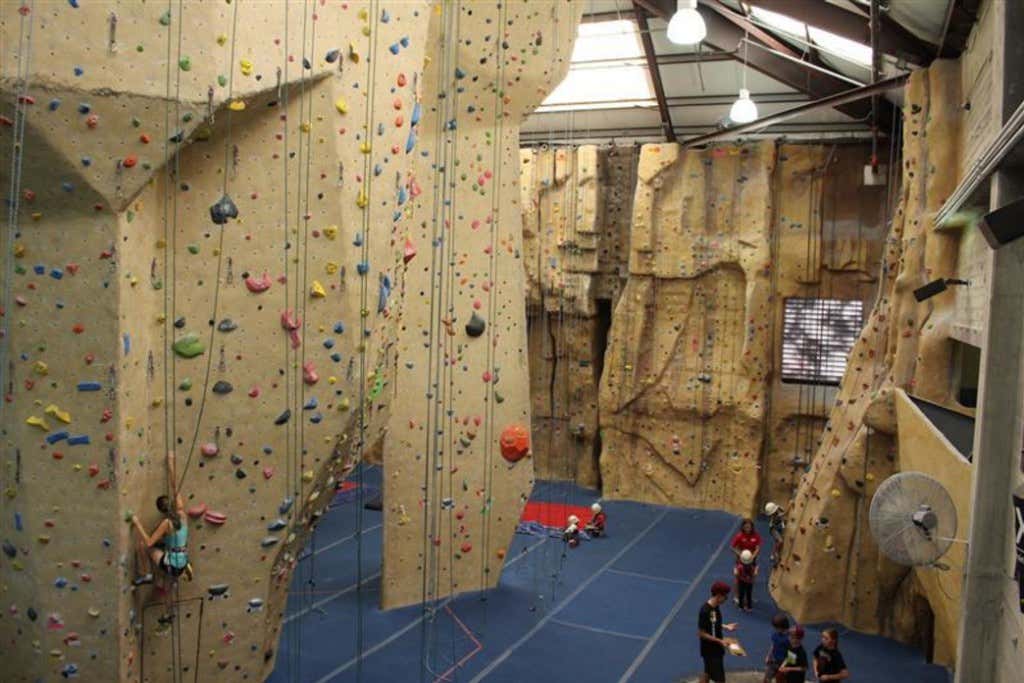 I want to meet the person smart enough to be like Uh guys no one wants to indoor rock climb in Chicago like literally not one person. If we do this we’re going to get murdered by the locals. Our only way out is bolting a Taco Bell on to the first floor. And just like that we go from hating rock climbing to loving it. Whatever it takes to keep baja steak chalupas on deck at 1am get’s my endorsement as well. 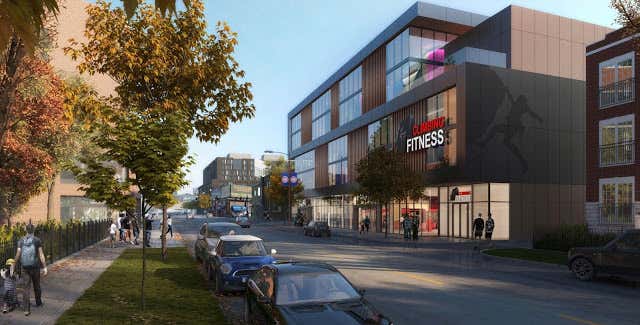 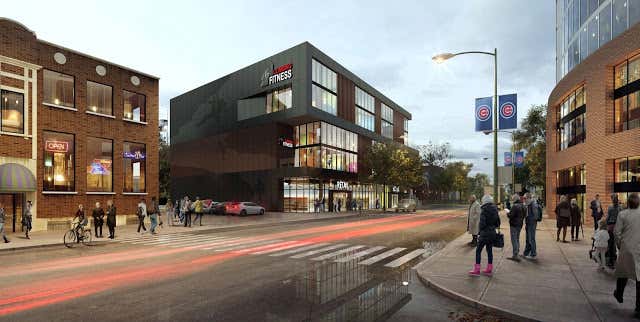