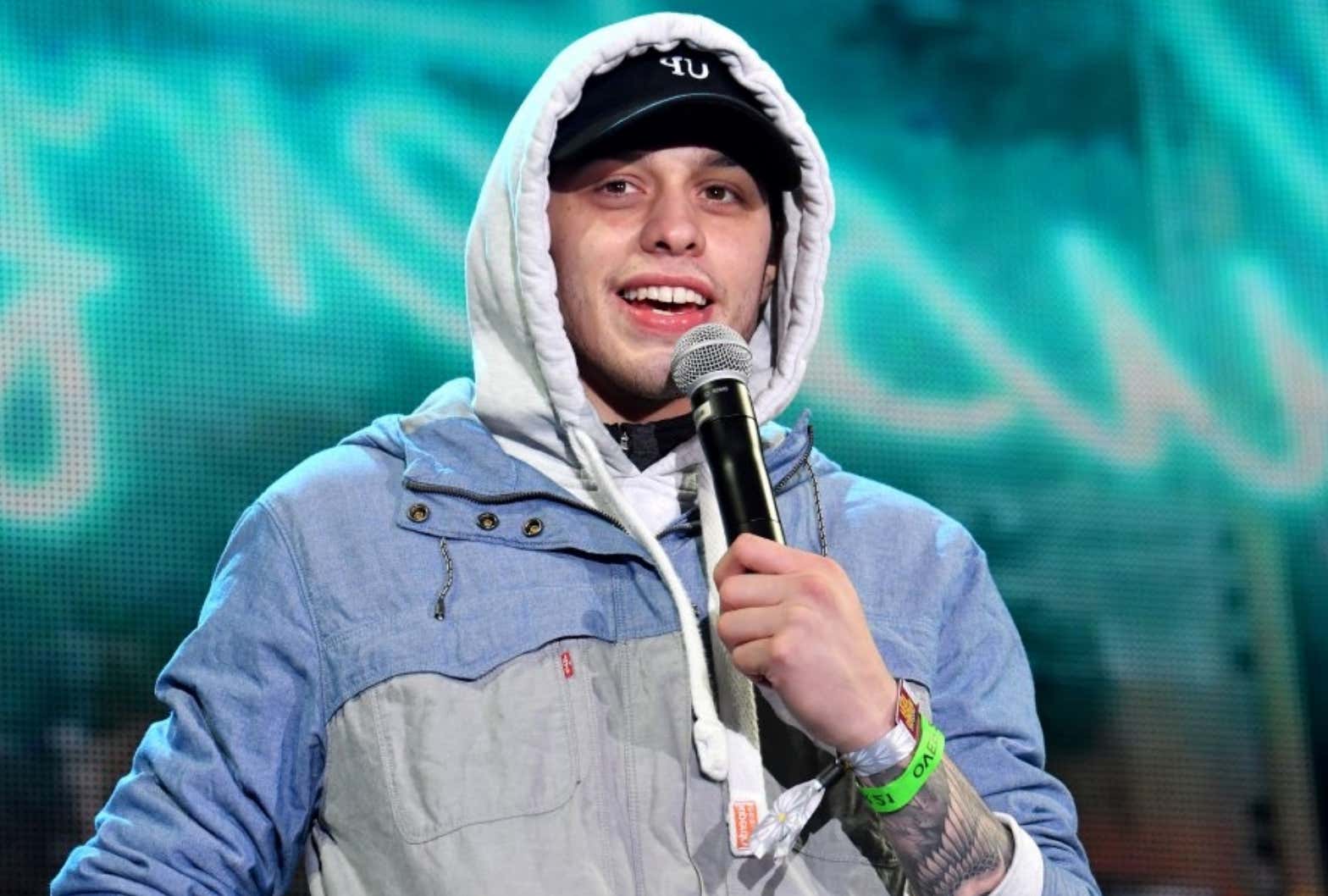 Complex- Comedian Pete Davidson kicked an annoying heckler out of his show after the audience member made a joke about the death of Mac Miller. According to Page Six, things got a little hectic at Davidson’s show in South Orange, New Jersey. Known for his dark humor, Pete began to set up a joke about the death of his friend. But before he could get tot he punchline a heckler took it upon himself to steer the audience in the opposite direction. “So a funny thing happened to me recently in my apartment… my friend died of a heart attack,” Davidson began followed by a voice from the crowd shouting “Mac Miller!” This did not sit well with Davidson. Per Page Six’s sources, the comedian stopped his routine and vowed not to return until the yeller was identified.

“I’m serious. I’m going to leave [the stage]. So if you want to hear the rest of the show, you’ll point out to security who yelled so they can escort him out,” Davidson explained. “If not, I’m going to leave right now. I’m not going to have any of that shit happening at my show.” After the audience fingered the heckler, Davidson asked security to remove him after he got a refund for his tickets.

“And give him back his money. I don’t want his money,” Davidson said.

Good guy, Pete! I enjoyed that story very much. I’ve always liked Pete Davidson but it turns out I love Pete Davidson. He’s done a bunch of cool things right in a row. First of all, he rebounded after dating Ariana Grande with Kate Beckinsale which is truly incredible. Like we should be talking about that every second of every day. He went from dating a 25 year old to dating a 45 year old in the blink of an eye. And not just any 45 year old, the hottest 45 year old on the planet. What a flex. Second of all, he apparently has a giant dick which is cool. Good for him.

And now this we’ve got this story about Davidson chucking a heckler who made a shitty joke about Mac Miller’s death. Him saying, “Give him back his money. I don’t want his money” was fucking fantastic and borderline gangster. It’s a line you would hear in a movie except it happened in real life. Good guy, Pete!

Fuck that heckler. This isn’t even really about the content of the joke (even though the joke was fucked up and I love Mac Miller). Leave the jokes to the comedian who’s on stage with a microphone. It’s his job to make jokes and it’s your job to sit there and laugh at said jokes. Nothing more, nothing less. Just enjoy the ride. The guy probably thought Pete would be like, “LOL niiiiiiiiiiiiiiice man. Hell yeah. Mac Miller is dead. I’m gonna add that joke to my routine” but that’s not how the world works. Pete Davidson doesn’t hate Mac Miller. Yeah they dated the same famous girl but that’s their only connection. Pete’s not gonna be cool with somebody joking about a guy ODing. Good guy, Pete indeed.