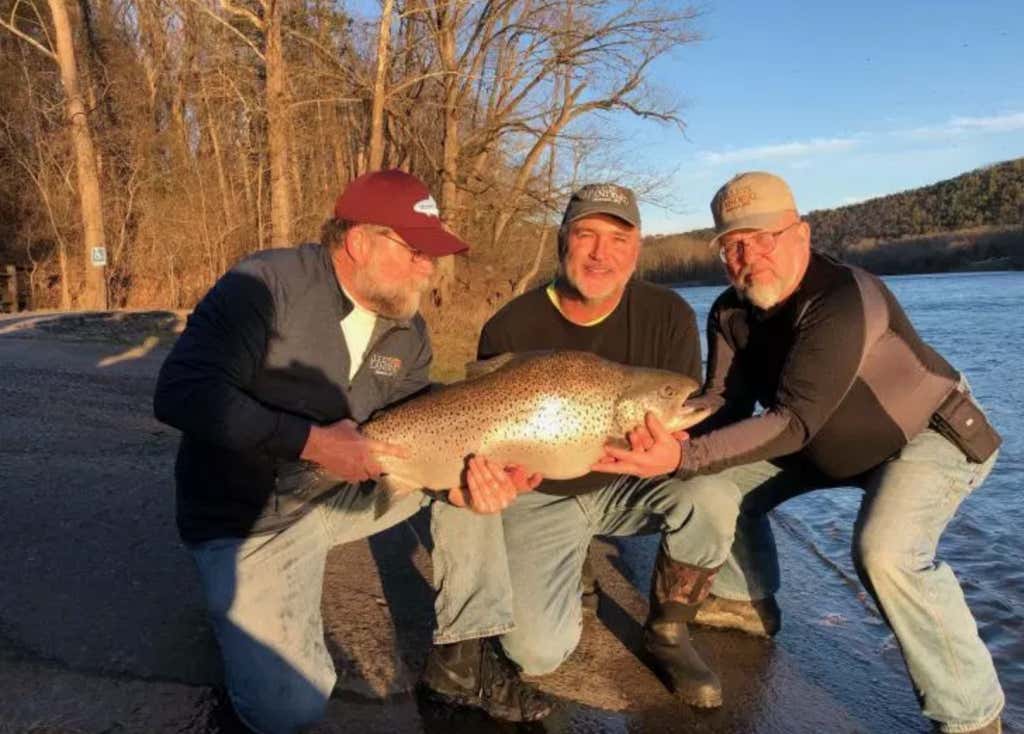 TANEY COUNTY, Mo. – A Missouri man fishing at Lake Taneycomo in southern Missouri set a record over the weekend, the Missouri Department of Conservation reported. Paul Crews, of Neosho, was fishing in Taney County on Saturday, Feb. 23 when he caught a 34-pound, 10-ounce brown trout. “I never would of have dreamed to catch a state-record fish like this,” Crews told the Missouri Department of Conservation. “I’m still in shock that I actually caught that giant brown trout.” Crews said he was competing in a Trout fishing tournament when he made the catch. He was using a 4-pound test line and a sculpin colored marabou jig. “I usually only trout fish one time a year and it’s this tournament,” Crews said. He added that he knew it was a big fish once it started fighting him, but he didn’t think it was a record-setter. “I fought the fish from one side of the lake to the other and back,” Crews said. “Finally, after about 20 minutes of fighting the trout, my partner and I were able to get it netted and bring it in the boat.”

There is no way any food exists in this lake any more. Its no wonder Paul Crews (if he’s here, who is QBing the Mean Machine right now?) caught this thing because it was probably on the market for anything it could get due to the rest of the baitfish and crustaceans now residing in its stomach. This hungry hungry hippo of a Trout ate a Marabou jig that I can only assume was an appetizer. 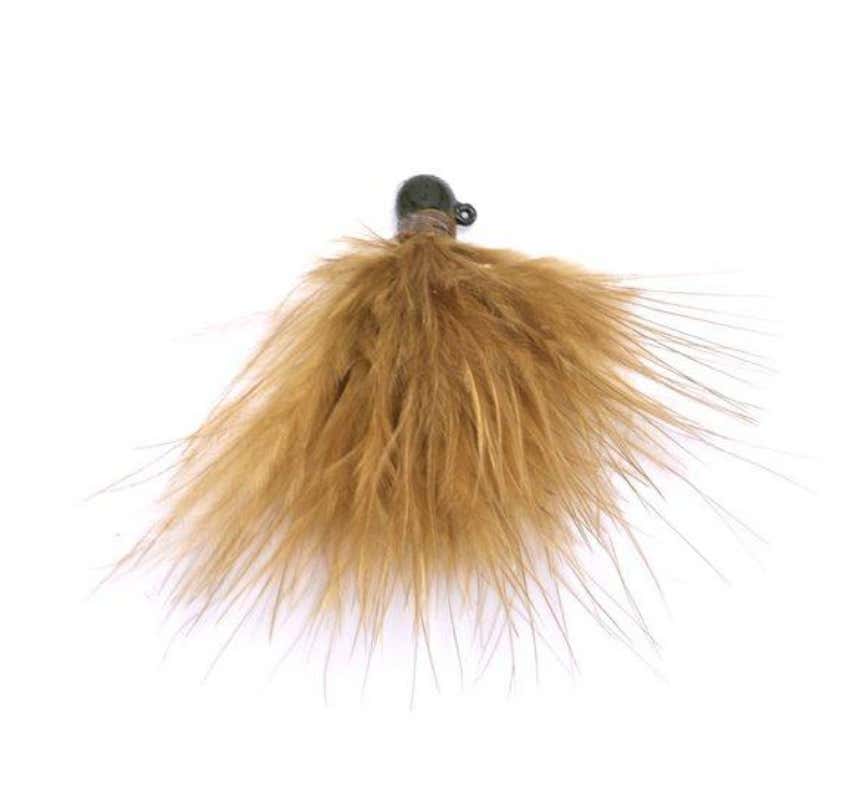 Shoutout to these guys RELEASING the fish as well! If you’re anywhere within 300 miles you might as well catch the first thing smokin down to Branson right now to see if you can get him while he’s slightly tired. This is a good old American win/win on all accounts. Coming across such an enormous Brown like this and landing it on 4 lb. test is already a fish of a lifetime, but releasing a special animal like this to roam the lake again is even better. Imagine if it lives for another few years and gets even bigger (if thats possible). We could be looking at the next Godzilla movie.

Here is a video of the previous record being weighed in 2009 which is an absolute unit as well.

The New Zealand record is even more preposterous: 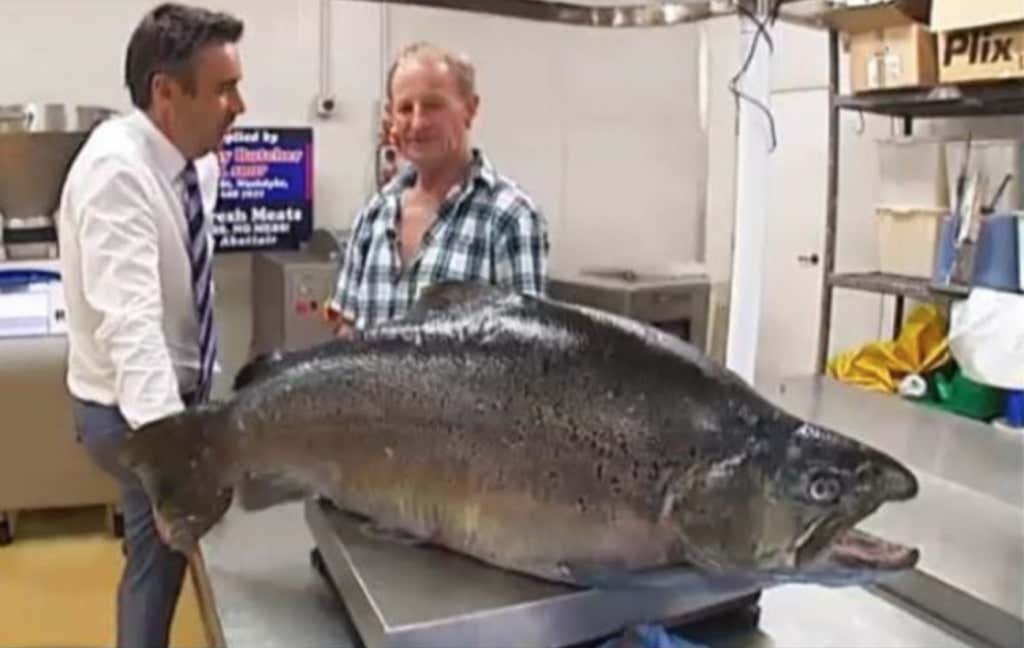