Source – When the home of Nikki Joly burned down in 2017, killing five pets, the FBI investigated it as a hate crime.

After all, the transgender man and gay rights activist had received threats after having a banner year in this conservative town.

In the prior six months, he helped open the city’s first gay community center, organized the first gay festival and, after 18 years of failed attempts, helped lead a bruising battle for an ordinance that prohibits discrimination against gays.

For his efforts, a local paper named him the Citizen of the Year.

Authorities later determined the fire was intentionally set, but the person they arrested came as a shock to both supporters and opponents of the gay rights movement. It was the citizen of the year — Nikki Joly. …

Why Joly, 54, would allegedly burn down his home remains a mystery. He didn’t own the house, which was insured by its owner, police said. …

Two people who worked with Joly at St. Johns United Church of Christ, where the Jackson Pride Center was located, said he had been frustrated the controversy over gay rights had died down with the passage of the nondiscrimination law, according to the report.

First let me address the elephant in the room by acknowledging that it’s pretty rare that someone burns down the house they rent, killing all five of their pets, and that is not even the weirdest thing they did because they chose to wear a McPoyle eye patch to their arraignment. 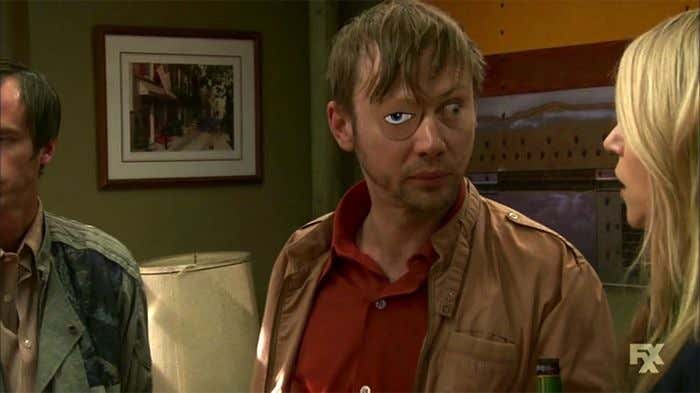 To me this has nothing at all to do with gender identity or LGBTQ politics and everything to do with the desire to have the one status symbol we value most in 2019:

Nikki Joly got the one thing he thought he wanted more than anything, which is acceptance. As a matter of fact, he was publicly honored for it. And it drove him off the deep end. Some reports are saying that he was hoping there’d be some protests or at least resistance to the pride parade he organized. And when it didn’t happen, when everyone just showed up and enjoyed themselves, he went nuts. So he staged a fake hate crime.

That’s something that would’ve been impossible to imagine a generation ago. I can’t speak for anyone else, but I’m sure the Hollywood stars who had to stay in the closet or lose their careers or the ones who took part in the Stonewall Riots or the people who  took abuse just for holding the wrong hand in public dreamed of a world where you could be an open transperson and organize a parade with massive public support. But in a weirdly backwards, Bizarro World way,  get that support is to lose all your currency in the times we’re living in.

I’m trying to wrap my brain around what about that could be worth the lives of your dogs and cats. Or your landlord’s house. Maybe after pushing back against hatred for so long, when you win the battle you miss the fight? I guess maybe the struggle is better than the actual victory? Like it’s a “When Alexander saw the breadth of his domain, he wept; for there were no more worlds left to conquer” scenario? (The benefits of a classical education.) Or it could be just the virtue signalling is an addictive drug and you never get over it, even when you’ve won the war and changed the culture of your city for the better.

Beats the hell out of me. Just be careful what you wish for.