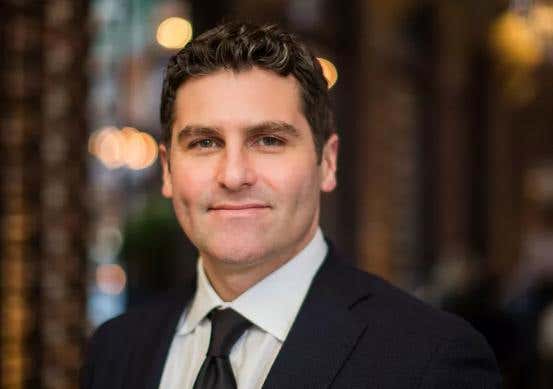 Hogsalt Hospitality’s Brendan Sodikoff has been busy working on a dining and entertainment project that also uses land along the Chicago River. Sodikoff’s company runs restaurants including Au Cheval and Green Street Smoked Meats in West Loop, and the new Aster Hall along Michigan Avenue. Today, he confirmed plans for a massive dining and entertainment complex on a 3.5-acre boatyard site on Goose Island, in between Lincoln Park and Wicker Park.

“It’s the most exciting project I’ve had the pleasure to work on,” Sodikoff texted on Monday morning.

Sodikoff is partnering with developer R2 Companies on this “Goose Island Boathouse” project. There’s certainly room for more than one restaurant and bar on the site, and Hogsalt’s restaurants have a strong customer base. There’s still not a lot of details on the project available, but Sodikoff described it as a single concept that will unite indoor, outdoor, and riverfront elements: “One concept. One experience,” he texted.

It’s Election Day in Chicago so I want to take this time to celebrate a guy who actually gets shit done. Brendan “Sawed-off” Sodikoff is about to do it again. I officially LOVE this guy. Everyone knows Au Cheval. 2nd best burger in the city for my money. Just a long wait because it’s so good and they don’t take reservations. I didn’t know he was also responsible for Green Street Meats. The best BBQ in the city and one of the best barbecue spots I’ve had in the country and I’ve spent a considerable amount of time in the South. When people ask me where they should go before a Blackhawks game I ALWAYS say Green Street Meats. Lincoln Yards is all mucked up with funding and design and classic Chicago City Politics by aldermen. Sodikoff is going to beat them to the punch with his own river project and I can’t wait.

Every headline is how Chicago is in decline and Illinois is completely bankrupt. Well those people are focused on the wrong things. Brendan Sodikoff knows where the money is and where it always has been. I’ve been listening to this history podcast about Ghengis Kahn recently and there was this quote from a Persian about he and the rest of the Mongols. Paraphrasing here, but it went “Their aspirations don’t go beyond their belly and their dicks”. Add booze to that and you’ve got a jackpot. That’s all people here in Chicago care about. We want to sit somewhere nice outside in the summer, eat good food, drink our faces off, and find a pretty girl to talk to. None of the Mayoral candidates are using that as their platform. If one of them got up there and said “Hey, we are going to give you more places to eat, drink, sit, and hook up” they’d win in a landslide.