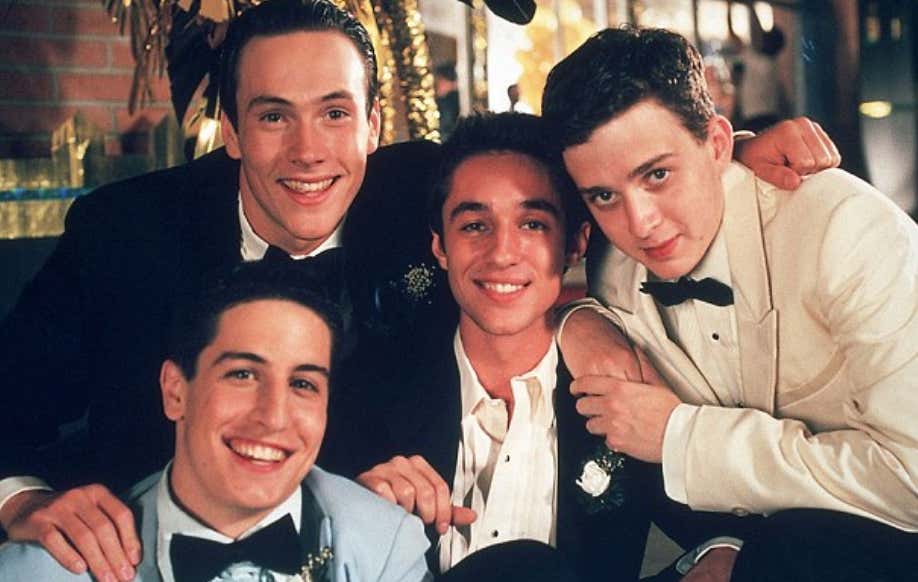 TMZ.com – Jason Biggs is shutting down the rumor — started by Tara Reid — that he’s got beef with Seann William Scott … ’cause he says it’s all love between Jim and The Stifmeister.

We got the ‘American Pie’ star shuffling his way into a waiting car at LAX Monday night, where we asked him about Tara’s recent comment at a pre-Oscar gala last week … when she said Jason and Seann would have to get along for ‘AP5′ to happen.

Jason tells us he has no idea what Tara’s talking about, and her suggestion couldn’t be further from the truth. He says he’s cool with Seann, and loves the guys from the cast.

While he says he’d be down to run it back for part 5, we won’t hold our breath based on how fast Jason hightailed it here.

Ummmm, absolutely NOT, Tara Reid. Do not try and play these games. Not on my watch. You will not be driving a wedge between Jim Levenstein and Steve Stifler, no mam. Those two are Hollywood legends. They are responsible for one of the greatest comedies of all time, and a plethora of sequels. But now for some reason, she’s trying to turn them against each other and I don’t like it one bit. Not one iota! Without Jim and Stifler, there is no Tara Reid. And I don’t mean that in a mean way, I like Tara Reid. She played a big role in American Pie as well. But she could have been easily replaced by any hot blonde in Hollywood, there was no replacing the dynamic between Jim and Stifler. I mean, come on Tara Reid, does this look like two people who are beefing?

Absolutely not. They have a bond for life. They even toasted to it, if you recall.

I’m not saying they have to be best friends; I mean we know from the movies that they aren’t, but we cannot have Tara Reid making up rumors about the demise of the American Pie cast. So I’m glad Jim dispelled all whispers about it.

PS: In terms of best characters in film history, we sleep on Stifler. Every line, every action is just top top.

I will not post the gif of him drinking that beer, though I did just see it while doing blog research and it still makes me gag.

American Pie is an incredible film and we should treat it as such. Tara Reid, you were very lucky to be a part of such a cinematic masterpiece, don’t ruin this for everyone.