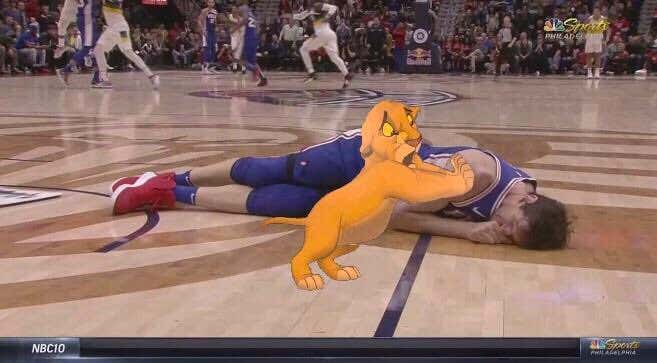 You know how there’s that thing in college where if your roommate dies, you get an automatic ‘A’? Well this isn’t necessarily the same situation but I do think that if Boban is seriously injured, the rest of the NBA season should be a wash. I mean would you finish filming Bio Dome if Pauly Shore got injured? No. Of course you would not. It just wouldn’t make any sense. Pauly Shore was unreal in that movie and made it one of the best motion pictures in modern history. Without Pauly Shore? Nobody would even remember that film exists.

Which is exactly what would happen to this NBA season if Boban has to miss a significant amount of time with this injury. Nobody would ever remember it happening. If the Warriors end up winning their 4th championship in 5 years? Nobody will remember. If LeBron James ends up missing the playoffs for the first time since 2006? Nobody will remember. Nothing that happens through the rest of the season here will mean anything to anybody if Bobi isn’t out on the floor for it. So why risk anything if nobody is actually going to care? Why would these guys continue to put their bodies on the line if it’s all for naught? You might as well just pack it in and start again fresh next season. Only a true coward would take joy in playing out the rest of a season in which Boban is not a part of.

The good news here is that according to Serbia, Bobi didn’t suffer any serious ligament damage last night.

Now I’ve been on this earth for 26 years at this point. And in my 26 years, the one thing I’ve learned is to take medical reports coming out of Serbia with a grain of salt. Not saying that they’re not trustworthy people or anything, but this is news coming out of Serbia after they apparently received news from the Sixers’ medical staff. And the Sixers’ medical staff makes Dr. Nick look like Dr. Oz.