On October 22nd, 2018, Roman Reigns took to the ring on Monday Night RAW as WWE Universal Champion, and relinquished said title in the show’s opening moments, revealing the horrible reality that he would be returning to a battle outside of the squared circle that very few knew about – a battle with leukemia. Roman’s cancer, which he had been living with for eleven years, was back. For the first time in a long time, he received a warm reception from the crowd – most of which were left in tears, stunned at the news he had just broken to them – but it was clear that the fans were putting all storyline/character issues they’ve had with Reigns for years aside to rally behind the real life warrior that is Joseph Anoai.

Unsure of what the future held, Reigns’ Shield brothers – Seth Rollins and Dean Ambrose – joined him at the top of the ramp, and embraced, in what was one of the most heart-wrenching moments in the history of Monday Night RAW. 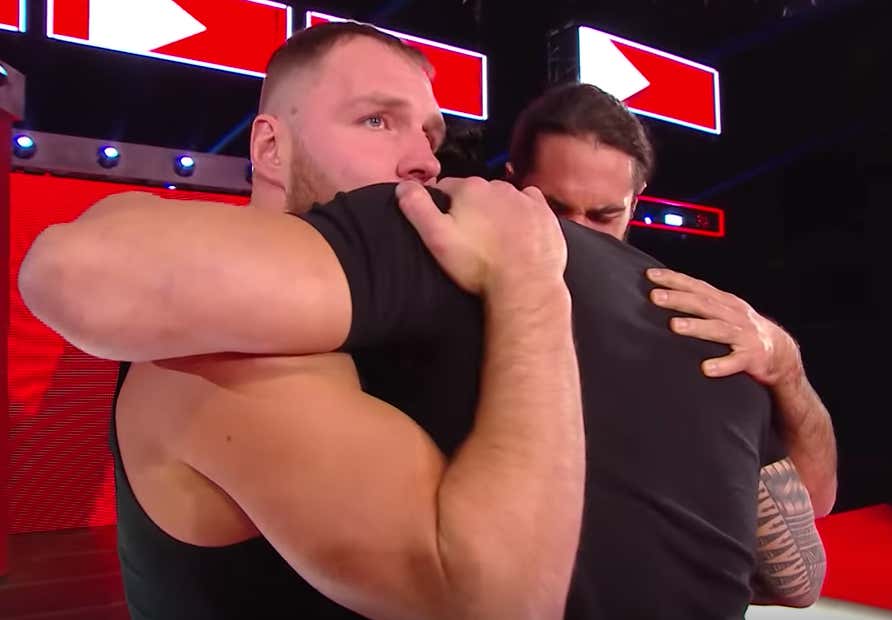 Tonight, Reigns returned to the ring for the first time since October 22nd, 2018, to give an update on his battle with leukemia…

…and tonight, that update was an amazing one.

When he left, he said he was going to swing for the fences. When he returned, he revealed that he had knocked it out of the park, and that he is officially in remission.

In that moment, Reigns received one of the most incredible responses from the WWE Universe that I’ve ever seen. Such an incredible response, in fact, that I’m sitting here writing this blog, now ten, fifteen minutes later, and still having a hard time choking back tears. The Big Dog is back, y’all.

Before he left, Seth Rollins’ music blared throughout the arena, and once again, we got to see an embrace at the top of the entrance ramp. This one wasn’t prompted by fear, however. It was led by hope.

Whether or not you’ve been the biggest supporter of Roman Reigns in the past, I’d have to imagine you’re one now – I know I am – and at the very least, you have to be a supporter of Joe Anoai. Right now, I’m his biggest fucking fan.