[Yahoo] - Preliminary notifications have been sent out to representatives of both Arizona basketball coach Sean Miller and LSU basketball coach Will Wade that they will be subpoenaed for the April 22 federal basketball corruption trial, multiple sources told Yahoo Sports. These notifications are essentially a courtesy to avoid a public spectacle for the coaches, like getting served in the middle of a game or a practice.

Well this is significant and hilarious all in one. I mean it’s not a surprise that Wade and Miller are being subpoenaed. We’ve heard about this rumor since the first trial when their names were brought up for allegedly paying recruits.

But, the fact it won’t happen during a game is a bit upsetting. Imagine seeing Sean Miller like this coaching his ass off before someone swoops in and issues a subpoena: 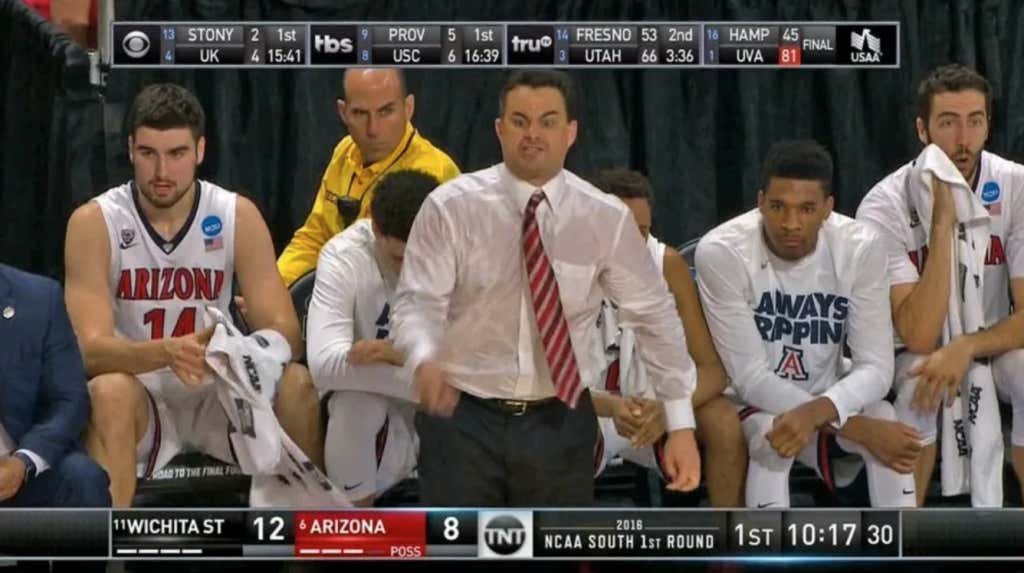 The FBI should have done this. If you really want to go after guys don’t hold back. I mean that’s the whole premise of this thing, right? They want to expose this ‘dark underbelly’ of college sports without actually doing it. If the NCAA really wanted to do this with the FBI they would have been in cahoots to make this happen.

This would surpass all of that because of how crazy it would actually be.

Now, what comes out of this will be interesting. I expect these coaches to try and plead or say limited stuff. I don’t know just how much we’ll actually find out or what people think will actually happen.