Link to Streamable if video doesn’t work on desktop

So here’s a little fun fact for all you boys and girls back home–you can’t lose your job as a starting soccer goalkeeper if you simply never come off the pitch. I mean very few things in life are guaranteed but that’s one of them. If you never come off even when your coach is freaking the fuck out trying to get you out of the game… 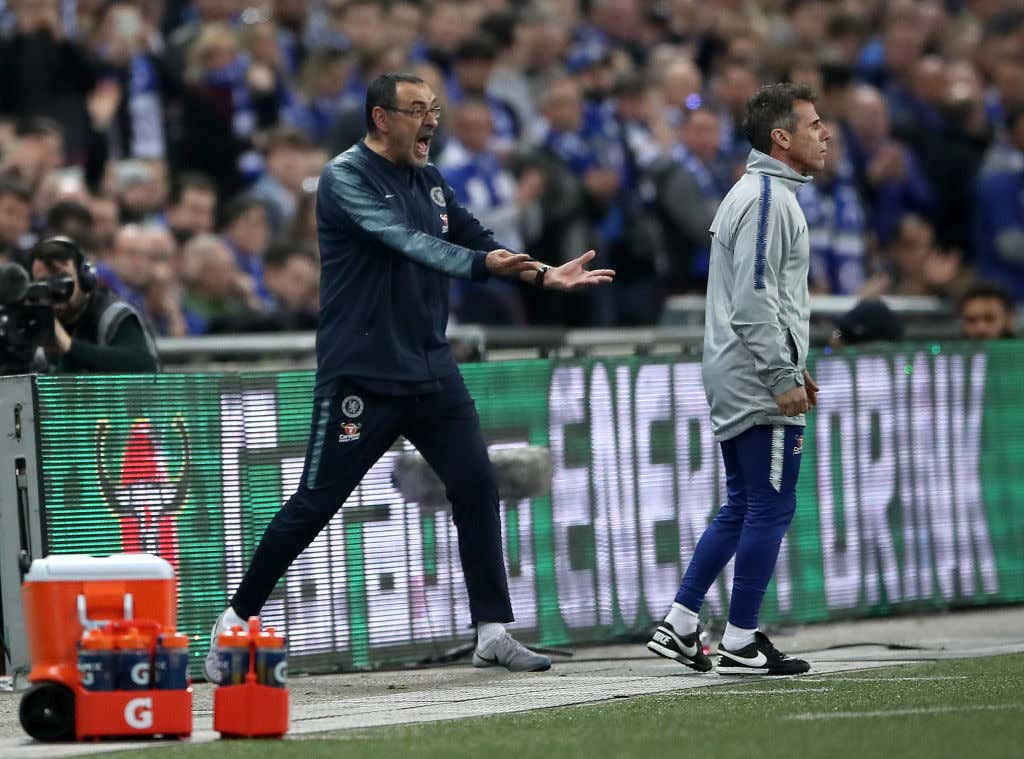 …you’ll always be the starting goalkeeper. Same way that you can never actually get fired from your job if you just decide to keep showing up to work after the fact.

But what a set of balls on Chelsea goalie Kepa Arrizabalaga here, huh? Just for a little context, Arrizabalaga had just gotten injured before this moment in extra time. So there’s a good chance that someone on Chelsea’s medical staff told manager Maurizio Sarri that he should probably substitute in the backup goalie with penalty kicks coming up shortly. Arrizabalaga had a different thought on the situation and promptly told his manager to kick rocks.

I mean what do you do there if you are Maurizio Sarri? I’ll tell you what you don’t do–absolutely everything that he did right there. I mean it would be damn near impossible to handle that situation any more poorly than Sarri did. Not only did he end up backing down and letting his goalie walk all over him, but then he threw a little temper tantrum and tried just walking out on his team. You just got disrespected as hard as any coach has ever been disrespected in professional sports and instead of doing anything about it, you start freaking out like a kid who just duped into going to the dentist after being told he was going to Disney World. I don’t know. I just feel like at that point, you almost have to run out onto the field and physically remove the guy from the game. You can’t let yourself get bullied like that because you’ll never be able to control the team ever again. Any fine or suspension that would come with physically removing the player yourself would be well worth it at that point. It’s the principle that matters, not the consequences.

So yeah. Kepa Arrizabalaga. Huge set of nuts, I’ll tell you that much right now. He might be kind of a shitty teammate to make his squad look like an absolute circus show out there just to prove a point. But he’s the owner of a massive set of testicles nevertheless.