Here’s the thing about Kacey Musgraves- she’s an angel who can do no wrong. That’s the beginning and end of it. I wasn’t hip to Kacey Musgraves until the Grammys earlier this month. I had heard the name before, but never investigated further into her music. Then she won every Grammy while looking like a snacc and I was like ok, let’s find out what she’s all about. 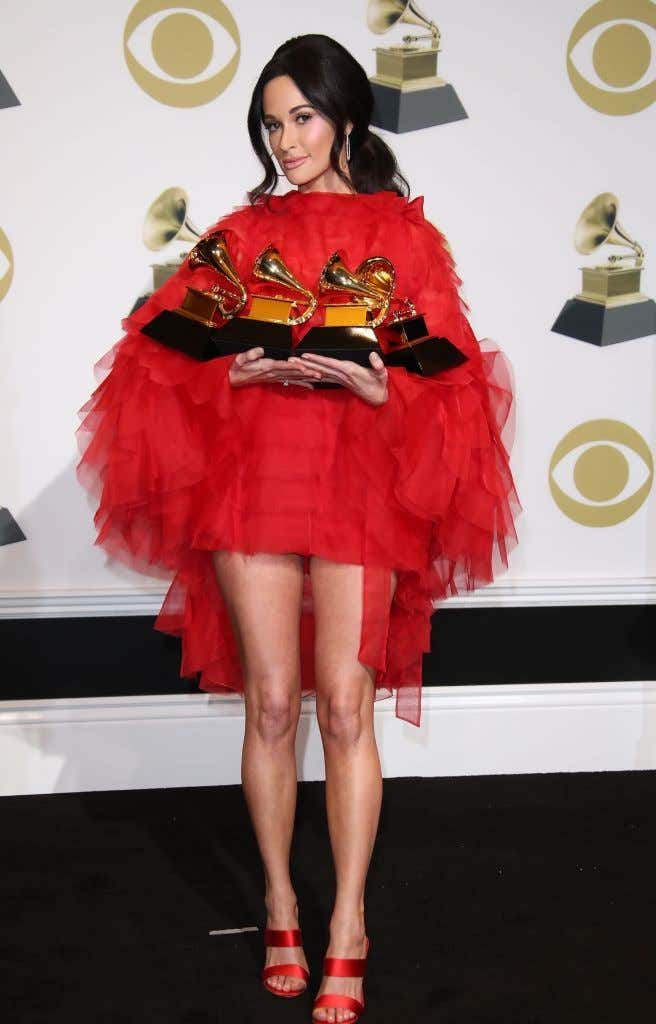 And as it turns out, “Golden Hour” is as close to a perfect album as albums get. I’m not even a “country music fan” per se. But her shit isn’t your classic country. It’s more folksy, with a twist of pop, in a country twang. It’s fun to listen to but it’s not straight up pop. And the thing is, it’s really, really good.

The thing about Kacey is she goes against all the country music norms. She talks about equality, gay rights, and doing drugs, particularly when she talks about writing songs while on acid:

Genius - Although many new fans are likely to be impressed with Musgraves’ considerable singing and songwriting talents, they may not realize that tracks on the album like “Slow Burn” and “Mother” were actually inspired by an acid trip.

Back in October, Musgraves recalled writing “Slow Burn” in a video interview with The New York Times.

“I came up with the chorus on a spiritual journey, so to speak,“ she said to the Times, before later clarifying she was referring to LSD. “I think anything that puts me, or any human, outside of their egotistical state of living is a really healthy thing now and then, in moderation obviously. I was just sitting on my front porch thinking and I was just like, ‘Man, I love a slow burn.’

During that same acid trip, Musgraves went on to write “Mother.” Last April, during an interview with EW, she went on to detail writing that song saying:

I went on a fun acid trip and ended up writing the song ‘Mother.’ I got really tripped out thinking about my mom — she actually texted when I was tripping — and it made me nostalgic and emotional. I started thinking about the cycle of moms and life. I just got super-heady about it, and I wrote it all down, and the next day I finished the song. Psychedelics can make you feel like a grain of sand. It’s good for your ego. I would obviously never want anyone to do anything that doesn’t suit them. But it inspired me, and it ended up being a mainstay inspiration on the album.

So she drops acid, she writes bangers, and then she wins every Grammy. She’s also super hot but that’s neither here nor there. Just saying. She is.

The wild thing is country radio won’t play her music because she goes against their bullshit norms, and she just keeps dominating in spite of them. I highly recommend her newest album Golden Hour, and all the stuff before it bangs as well. But Golden Hour is wonderful, you won’t regret giving it a spin or 5, the songs will be in your head forever.