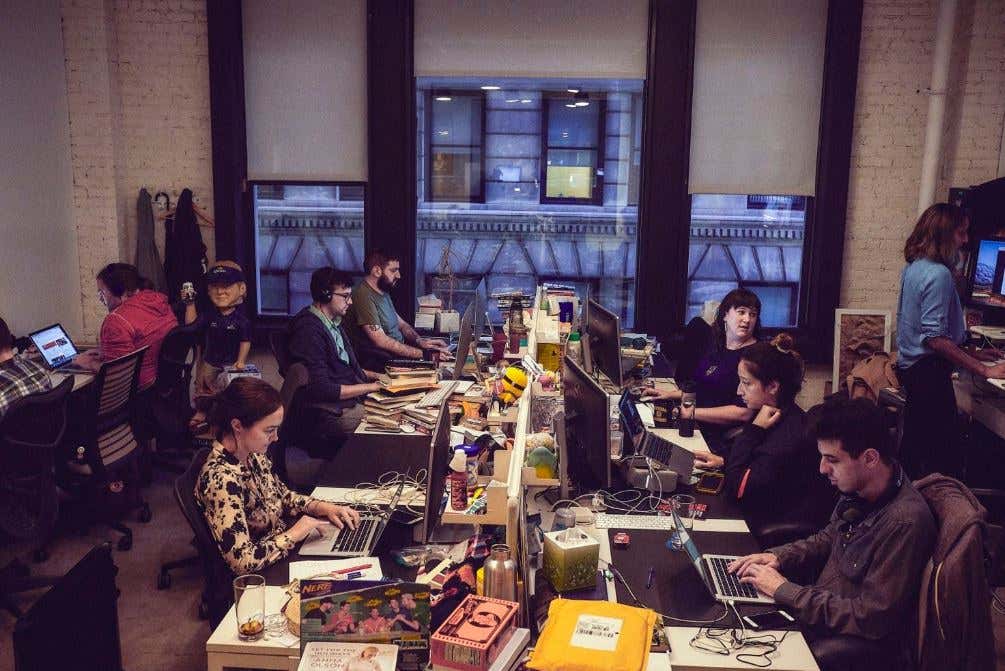 Washpo - Drew Magary: “I did gay jokes. I did rape jokes .?.?. I don’t want to make those jokes anymore.” Longtime deputy editor Barry Petchesky: “There was a fat joke. There was an anorexia joke. .?.?. Men (cis, straight, white, neurotypical) have it so .?.?. easy.”

At the same time, Barstool has continued to insist that sports should remain free of all political correctness — the company has grown markedly, netting a $25 million investment from media holding company The Chernin Group; it now produces some of the most popular sports podcasts in the industry, and huge stars such as Cleveland Browns quarterback Baker Mayfield appear as guests.

Deadspin has covered Barstool’s travails exhaustively, but Portnoy offers no contrition and considers the criticism hypocritical scolding. “Can you write one thing that says disregard everything that built me up and made me famous and say none of that counts?” he asked. “And now I can criticize other people for making the same jokes?”

Greenwell pushes back at that critique, even as she occasionally embodies it. When explaining that she lives in Brooklyn’s Williamsburg neighborhood, she added, “but the part where a lot of Puerto Rican families live.” “I always want Deadspin to do the fun and silly,” she said. “But percentage-wise, it won’t feel like it did in the old days because the Internet is dramatically less fun.”

All in all this may be the funniest article ever written. Deadspin being called the “Cool Kids of the Sports Internet” by the Washington Post.  Umm in what world is Deadspin cool? I think even Deadspin knows they are losers. These are the kids that were picked on in high school and stuffed in lockers. I’m not judging them, but calling them cool? There is no company in the world that is currently less cool, takes themselves more seriously and is filled with more Nate’s than Deadspin. It’s almost like the author at the Washington Post was in a bunker for the past decade and just woke up. Amazing headline. Almost as amazing as the Green Monster’s quote about us.

PS – You know what my favorite part of the article was? When they casually mention how Barstool has remained true to ourselves for the past 15 years and has become wildly successful while Deadspin continues to change their entire company and stand for nothing and have gone bankrupt and are for sale yet again.