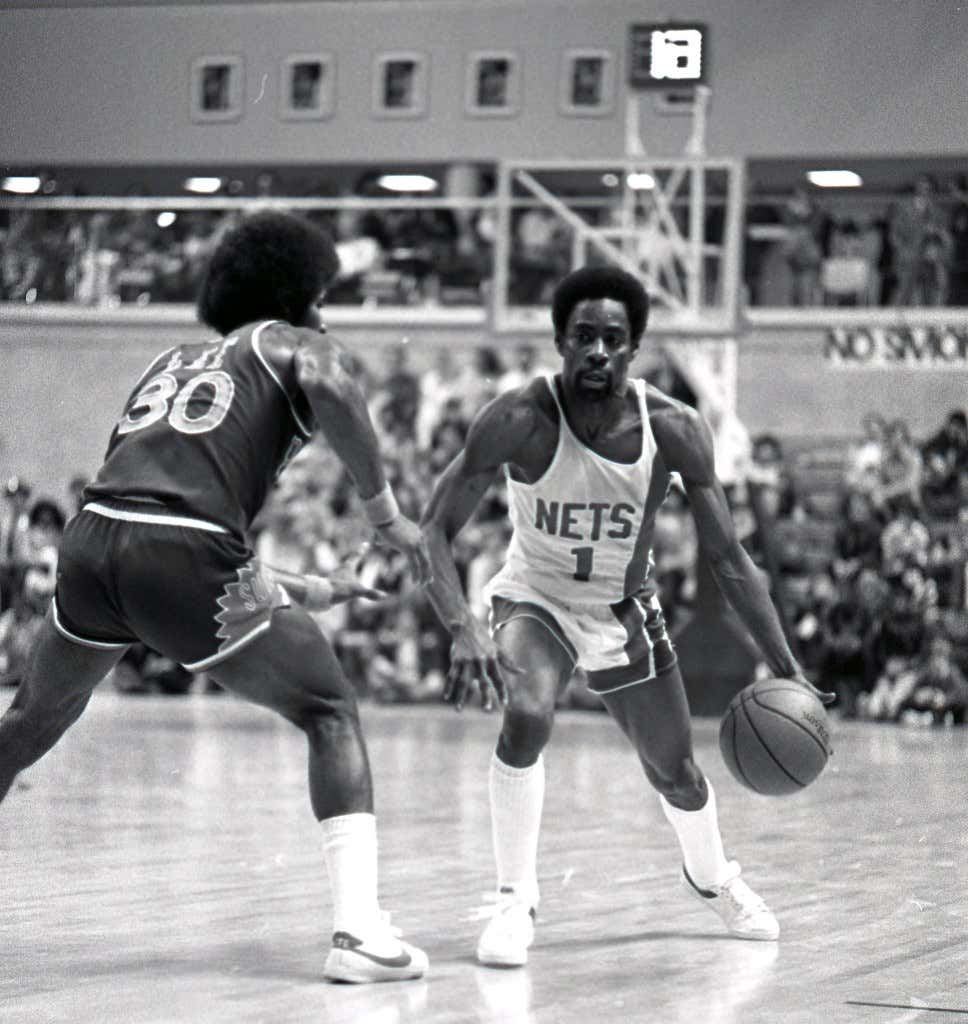 It is more than passing fancy for Kevin Porter of the New Jersey Nets, who set an NBA single-game record with 29 assists as New Jersey beats the Houston Rockets 126-112. The previous record of 28 was set by Bob Cousy of the Boston Celtics in 1959 and equaled by Guy Rodgers of the San Francisco Warriors in 1963. Porter’s record would stand until 1990 when Scott Skiles of the Orlando Magic had 30 assists.

Kevin Porter was born on April 17, 1950, in Chicago. After attending St. Francis College in Pennsylvania, Porter was drafted by the Baltimore Bullets in 1972. Dishing the ball to other teammates became Kevin Porter’s hallmark, as he led the league in assists in 1975. Despite leading the Washington Bullets to the NBA Finals, Porter was traded to the Detroit Pistons for Dave Bing. Porter battled injury in Detroit before being traded to the New Jersey Nets early in the 1977/78 season.

It was the New Jersey Nets second season in the NBA and their first season in the Garden State. Coached by Kevin Loughery, the Nets played their home games at the Rutgers Athletic Center, as they awaited completion of their new arena in the Meadowlands. Despite Kevin Porter leading the league in dimes, the Nets entered a late February game against the Houston Rockets at the RAC, holding a terrible 13-46 record. The Rockets coached by Tom Nissalke were not much better at 23-36.

Few expected to see history at the RAC that Friday night, but Kevin Porter was finding the open man all night. As he was setting a new NBA record with 29 assists, the Rockets had just 18 dimes as a team. John Williamson who had been a Nets star in their ABA days, benefited most from Porter’s historic night, scoring a game-high 39 points, while rookie Bernard King added 35 points for New Jersey. Calvin Murphy, meanwhile, led the way for Houston scoring 38 in a losing effort. The record-breaking assists came in the game’s final seconds as Porter dished a pass to Howard Porter (no relation) as the Nets recorded a 126-112 win.

Kevin Porter’s record of 29 assists in an NBA game would stand as the standard barrier until Scott Skiles tallied 30 assists on December 30, 1990, for the Orlando Magic. Kevin Porter would be traded back to Detroit despite leading the league in assists again. He would lead the league again with the Pistons in 1979 before returning to Washington, where he led the league again in 1981. However, an Achille’s injury would shorten Kevin Porter’s career as he missed the entire 1981/82 seasons and played his last NBA game a year later.