Today was quite the day in internetting. I was working on a little roundup of Steve Irwin clips to post in honor of his birthday and wanted to post it tomorrow to give #TugGate some space to breathe, but this shit was too much to let simmer for any longer.

I try to stay away from most hyper opinionated and seemingly insatiably butthurt people on the internet as a rule. You’re not going to change their opinion and are probably not going to get a lot of productive activity out of engaging with these type of people. I also recognize that animals naturally draw strong emotions out of everyone in some direction. I’ve had people DM me that they were going to shoot me in the face in response to a video of me tagging and releasing a healthy shark as part of a research project. I’m well aware that there’s not a ton of room for hearing people out or understanding other viewpoints on the internet in 2019.

This shit however was pretty absurd and I thought it should be called out. Its one thing when PETA takes aim at Marty Mush. Mush is my friend but can handle his own Aviary CTE issues for now. Steve Irwin on the other hand is someone I feel passionately about as a role model and inspiration for a life around animals. Taking potshots on social media at a dead guy who did more for animals than any one of these wackjobs by 10,000% is some pretty sad shit. I know PETA craves the attention and gongshow they create whenever they say we are going to hell for eating a cheeseburger, but for Christ’s sake I’d love to know what this accomplishes. 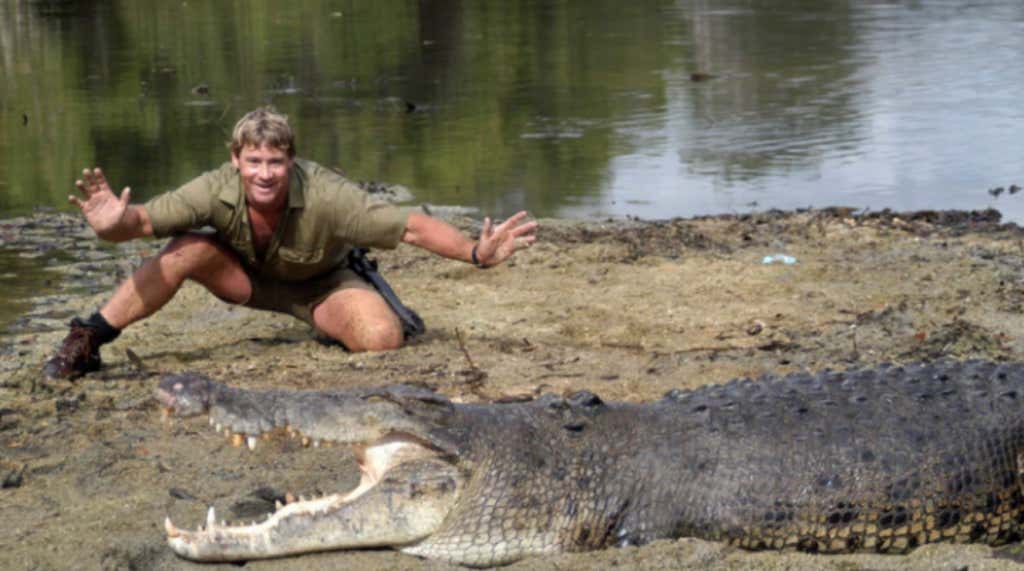 The topic of zoos or even just interacting with wildlife in general is obviously complex, but to try and vilify someone who worked their whole life to educate people about things they would never otherwise see is extremely cowardly. You know what people do when they don’t know anything about a species? They either don’t give a shit about it or misunderstand it and both of those outcomes usually end in them being killed or their habitat quickly destroyed. If PETA really feels the need to comment on Steve Irwin that badly, they more accurately should be thanking him. I’d be willing to wager that most of their loyal cult members probably first gave a shit about animals and the protection of them from Steve Irwin!

Spreading a message of WHY things are cool is vital to engaging previously uneducated audiences and no one did it better than Steve Irwin. He goes hand and hand with wildlife education and conservation as much as any human in the past century. Anyone can preach a message of never disturbing a single wild animal ever and leaving nature COMPLETELY untouched, but that utopia is so far-fetched from the real world. Animals and humans interact millions of times every single day on every inch of the planet. Instead of sticking your head in the sand and asserting that any interaction between a wild animal and someone on a TV show is evil, taking the 1 millimeter leap of logic in understanding that the temporary unnatural encounter with a wild organism in order to spread the gospel of HOW GODDAMN COOL it is to millions of people, in order to create a crucial passion and understanding for something they’d never know existed otherwise is what most sane humans can do. The rest of them tweet slander from a faceless account on the birthday of a late legend.

P.S. PETA is not exactly Mother Theresa to begin with, but that is another story…