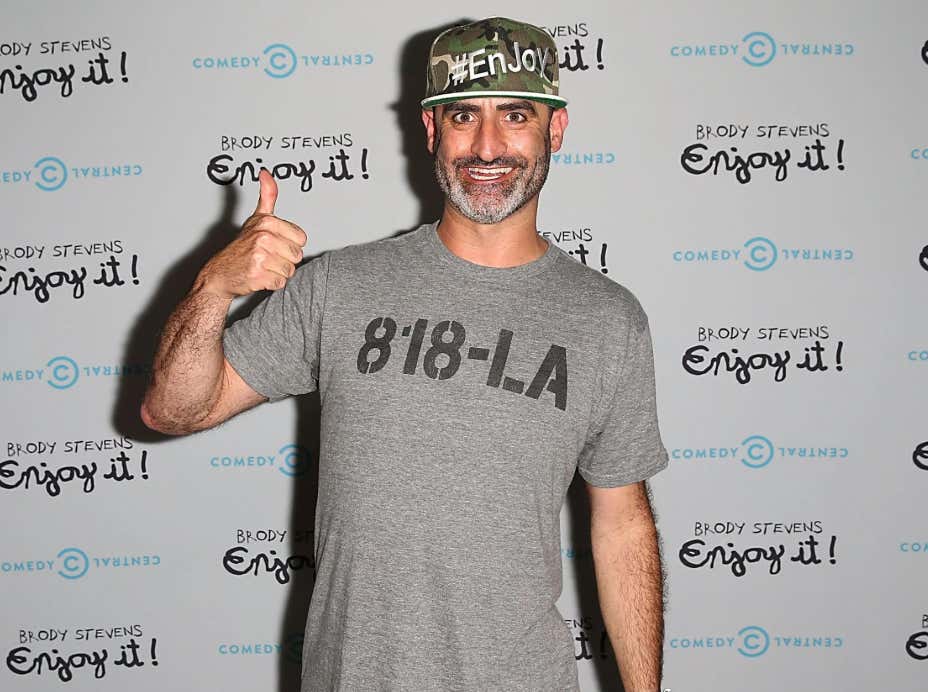 Sources close to the investigation tell us he was found just before 1 PM. We’re told the cause of death is being investigated as a suicide by hanging.

Brody Stevens was a legitimately hilarious, incredibly positive light in this world that brought so much joy to other people’s lives through his extensive stand up comedy career, and in the last year, co-hosted a program on Barstool’s SiriusXM along with Dallas Braden, PCon, and Intern Yas that you’re all probably familiar with – Dialed-In.

I was fortunate enough to speak with Brody on a number of occasions as a regular guest on that show, and he never failed to crack me up with his hysterical one-liners, absurd hypotheticals, and whatever other nonsense he spewed outta that crazy mouth of his. Same goes for everyone else that was still at the office when this horrible news broke, we were all just immediately gutted.

Our thoughts and prayers go out to Brody’s friends and family right now.

Please, please, please, if you’re struggling, or feeling alone and hopeless, and not seeing a light at the end of the tunnel – speak up. I promise you that it’ll get better, from someone that has been in your shoes, that there are people that will talk to you about what you’ve got going on, and that so many are right there with you. It’s okay, it’s normal, and you’re not alone. This world is always going to be better off with you in it.