How does Moses make his coffee? 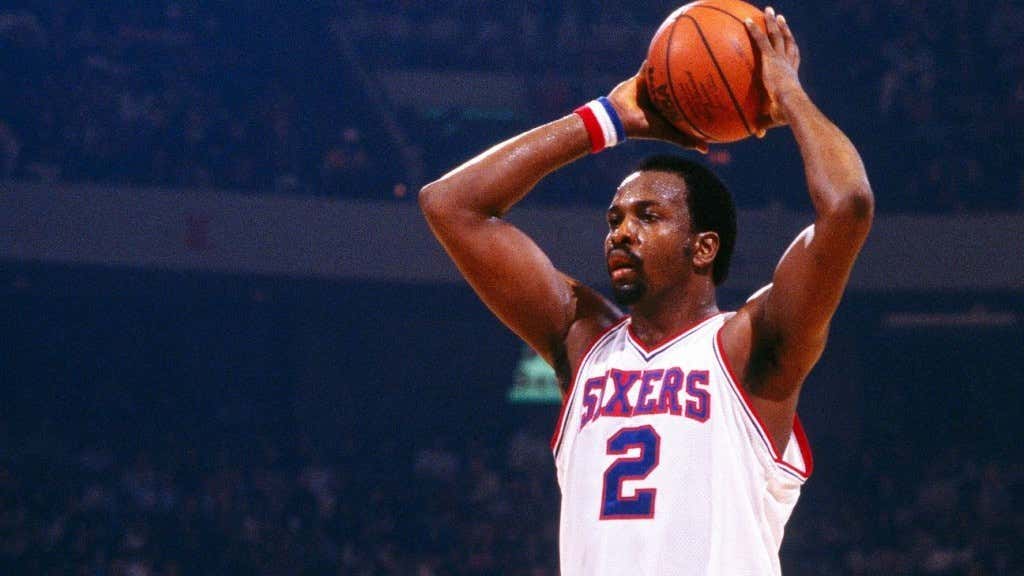 So I posted an AFTP a couple weeks ago containing Suzanna Hoffs, lead singer from The Bangles and the first Jewish woman I had ever had a crush on.

Upon posting, I was immediately hit with a DELUGE of recommendations of other chosen people that might fit the Ass From The Past mold in future posts including my closest Jewish friend, Ari, who gave me a handful of names that are near and dear to his Christ-killing heart.

While none of the recommendations were extraordinary enough to get their own blog, I felt COLLECTIVELY they were worth a shot, so here’s a group of sexy Jewish broads from my past that had enough chutzpah to blow my horn at one time or another.

—–  NOTE TO DEADSPIN WRITERS- This blog probably has all the markings of one that might get me in trouble, but I can’t imagine any rational person wouldn’t be able to see the pro-Semitic nature of it, once they look past the cheap one-liners… Lighten the fuck up.  —–

Was anyone else aware that Jane Seymour was Jewish? 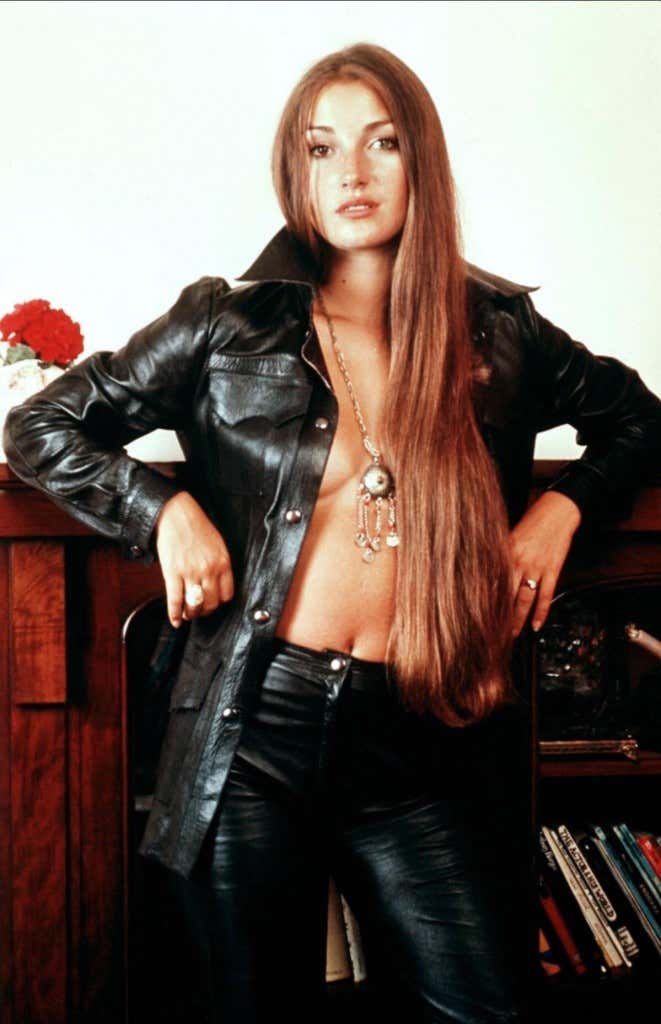 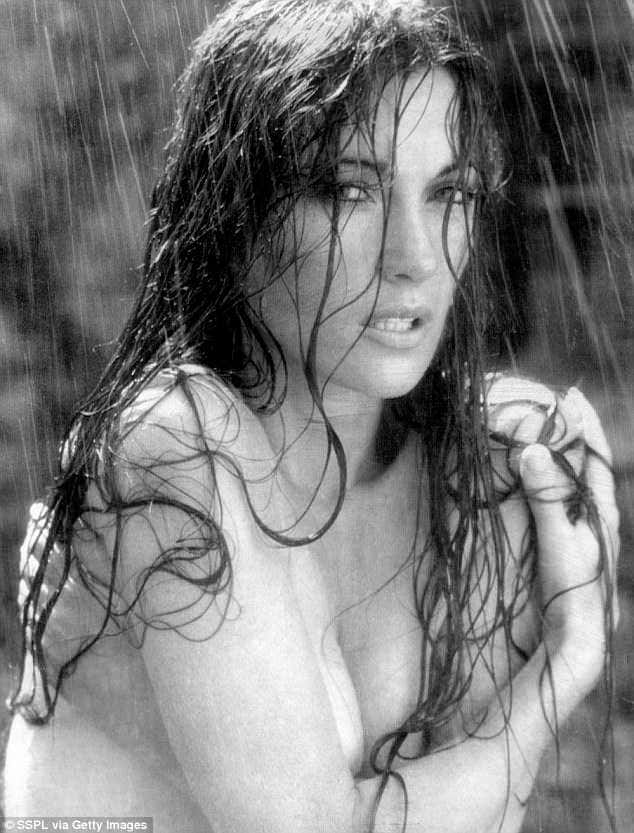 Jane may share a name with the 16th-century English queen who died after the birth of her only child (a son who became King Edward VI), but her dad was a prominent Jewish gynecologist in London.

Couple of bullets on Jane Seymour:
– Real name is the very Jewish Joyce Penelope Wilhelmina Frankenberg.
– Has 4 kids AND 4 ex-husbands.
– She was a Bond Girl… Played the character Solitaire in 1973’s Live and Let Die.
– She was born with heterochromia, making her right eye brown and her left eye green.
– She turned 68 last week, but still has a fastball that would turn me into one motor-boating sonofabitch.

Next up!… Goldie Hawn. 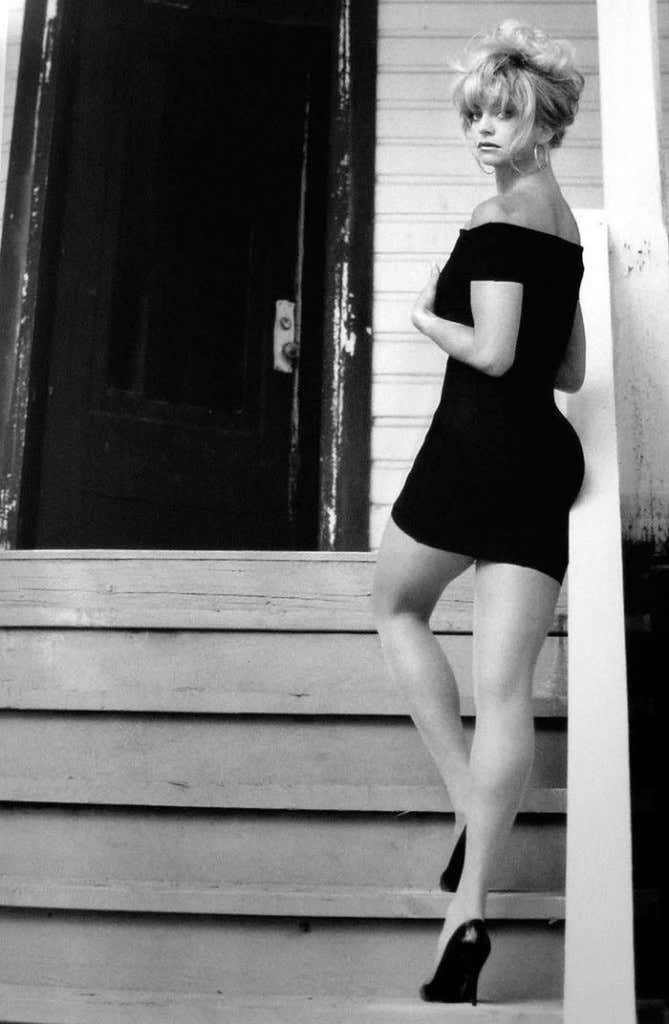 Goldie turns 74 in November, which stops me from posting any recent photos of her (because they make me sad and remind me of my own mortality) or from using the joke- “More like ‘Oldie Hawn’, amirite?” 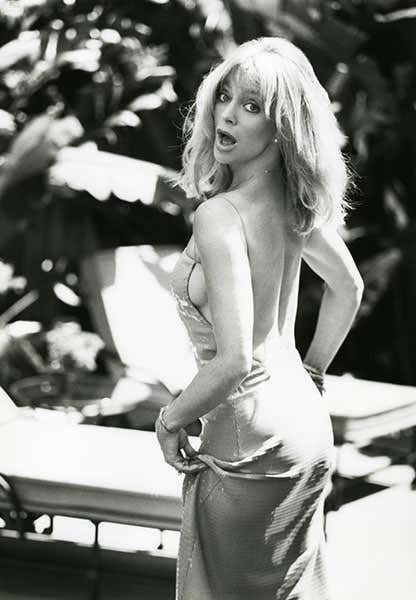 Her maternal grandparents were emigrants from Hungary and Goldie was raised Jewish in Takoma Park, MD before moving to NYC to become a go-go dancer at the age of 19. 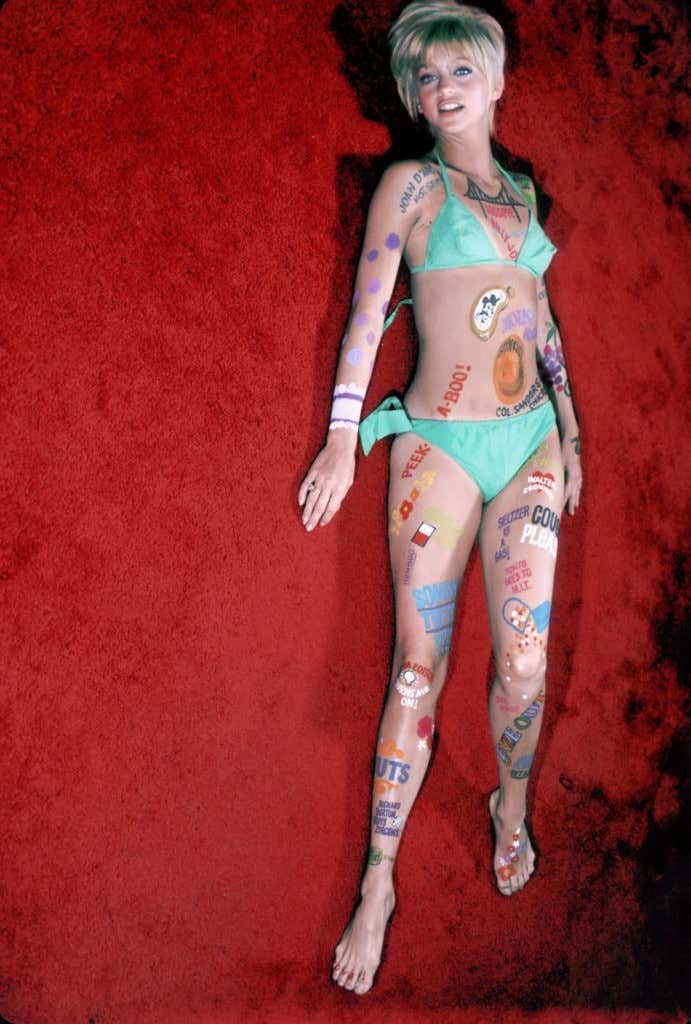 Couple of bullets on Goldie Hawn:

– In her first major film role, Cactus Flower (1969), she won an Academy Award for Best Supporting Actress as Walter Matthau’s suicidal fiancée.
– She was married and divorced twice, had a brief fling with Tom Selleck, and has been dating Kurt Russel since 1983.
– She’s a big supporter of the LGBT community (as am I)… Speaking on nations such as Nigeria and others which have criminalized gay people, she denounced these laws, stating, “This is man’s inhumanity to man, of the first order.“… Right on, sister.
– Her daughter, Kate Hudson, will probably be an AFTP after I pass away.  Kate was married to the creepy looking dude from The Black Crowes and was one half of the duo dubbed “K-Rod” when she used to fuck Alex Rodriguez.  Like Goldie, Hudson was raised Jewish but now practices Buddhism. 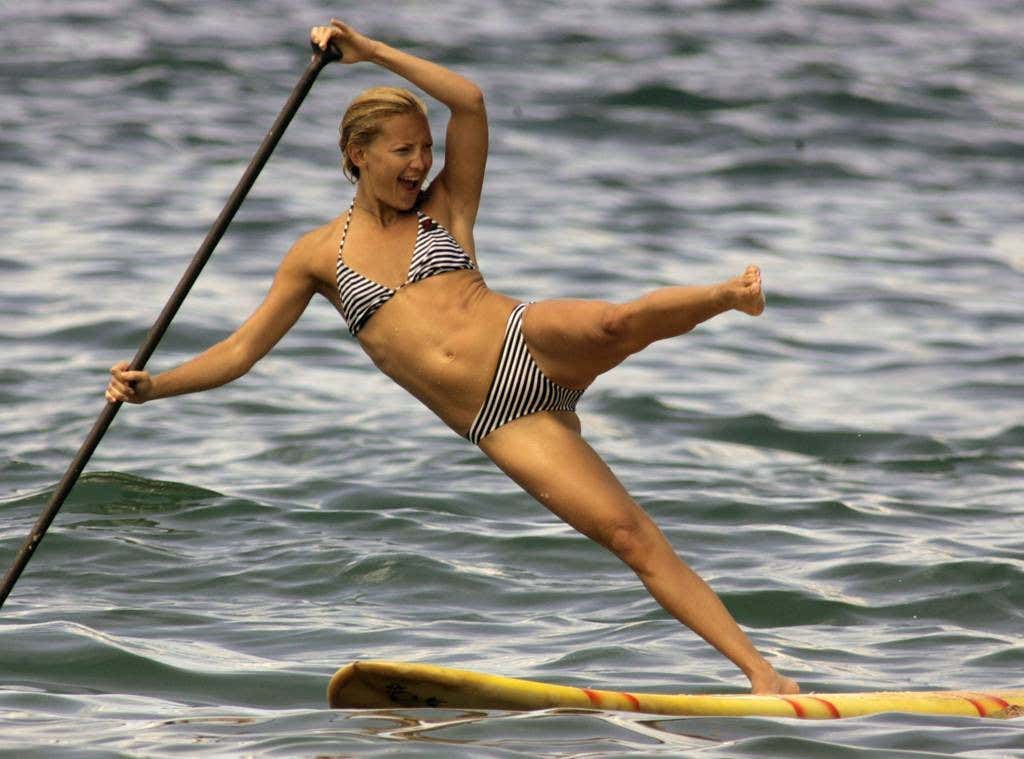 Last one, for now, but I feel like I am just scratching the surface on classic Jewish hotness with this blog… I hope you are all seeing that.  Would be glad to hear some (Jews) that I have yet to get to, but keep in mind, they have to be 50 or older.

This last one is Gina Gershon… 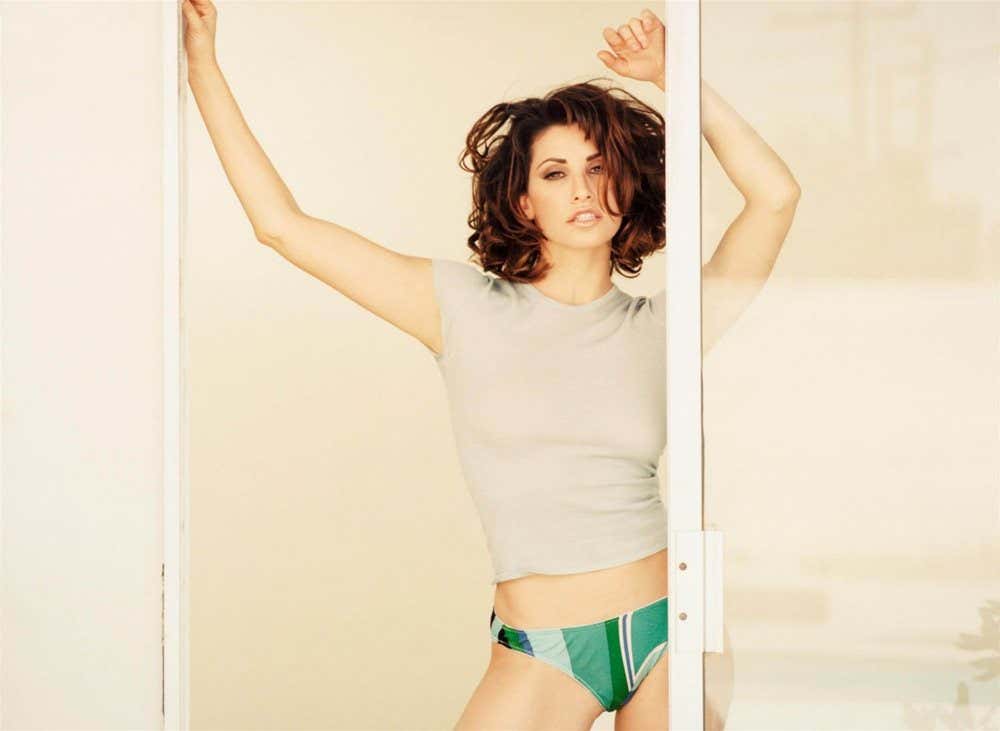 Gina turns 57 in June but was born in raised in LA by Stanley and Mickey Gershon… Stan worked in the very Jewish import-export business.

I remember her most for the 1996 role where she played Corky, a lesbian ex-con who gets mixed up in an affair with Violet (played by Jennifer Tilly), in the mobster flick Bound.

But I think most others remember her either for her recurring role on HBO‘s Curb Your Enthusiasm as a Hasidic dry cleaner. 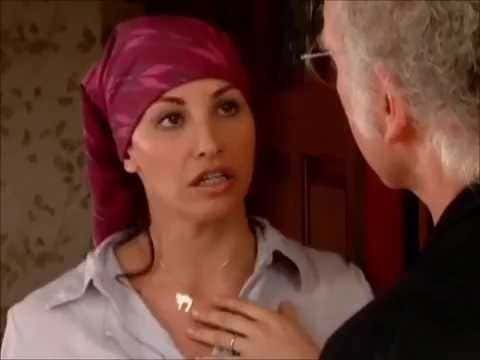 Or her role in Showgirls with as a bi-sexual stripper opposite Elizabeth Berkley (also a Jewish broad)… Had a tough time finding a pic and/or GIF without a little nipple showing, and this one is dangerously close.

She’s so Jewish, Gershon played the Jew’s harp on “I Can’t Decide“, a song on the Scissor Sisters 2006 release Ta-Dah.  She also played the Jew’s harp on the song “I Do It For Your Love“, Paul Simon’s collaboration with Herbie Hancock on his album Possibilities, in a duo with bassist Christian McBride on the song “Chitlins and Gefiltefish“, and on “Maria” from Gershon’s own album, In Search of Cleo… That’s A LOT of Jew’s harp. 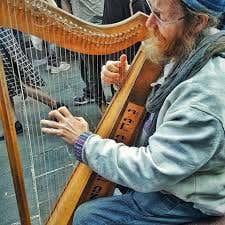 (I realize that picture above ^ is not technically the mouth instrument commonly known as a Jew’s harp, but it is a Jew with a harp… And if that harp belongs to him, then technically it’s a Jew’s harp.)

Couple of bullets on Gina Gershon:
– Whenever you do an image search for Gina Gershon, you ultimately get a couple pictures of Gina Carano thrown in… I don’t mind that.

– Gershon was rumored to have banged Bill Clinton which woulda been awesome but apparently is untrue.
– She did, however, bang Owen Wilson, Ralph Fiennes, John Cusack, and Beck.
– Gina wrote a children’s book called Camp Creepy Time and an adult book titled How I Found My Pussy and Lost My Mind.

That’s all I got for now… Yom tov, and take a report.

Do you enjoy hearing me tell stories about Jewish people? (what a weird fucking thing to write)… Well, then tune into this weeks edition of EXTRA LARGE on Barstool GOLD.

This week’s title is German Bird-dog and I wax nostalgic about the time my buddy Ari (mentioned above… there are no coincidences) and I traveled to Germany and got into a little trouble.