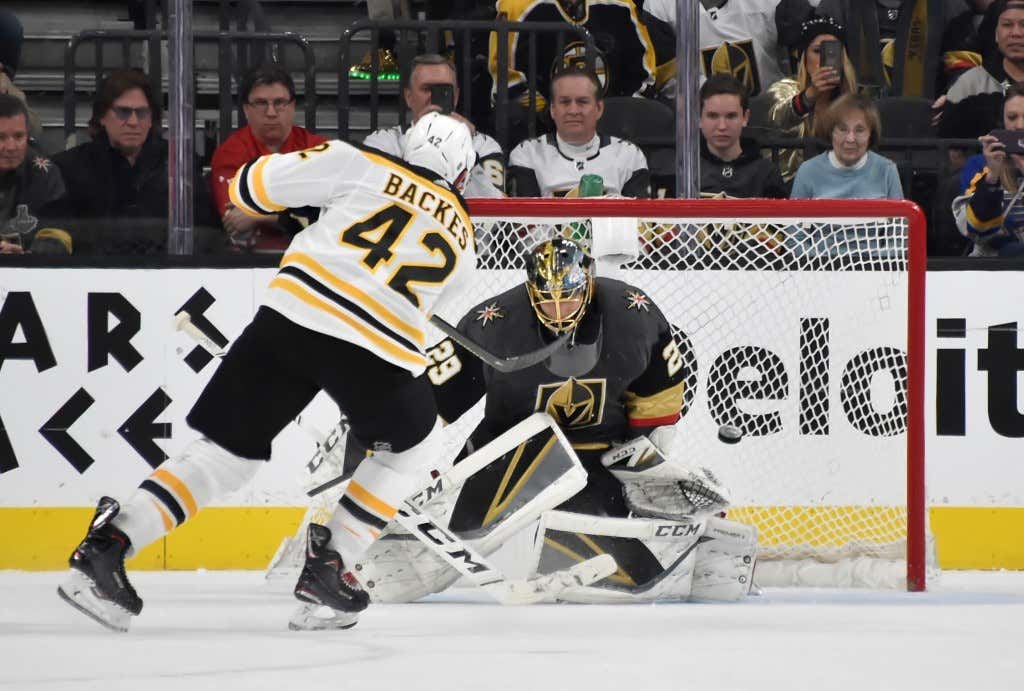 The Boston Bruins outlasted the Vegas Golden Knights in a six-round shout out to earn their SEVENTH STRAIGHT win.

After a missed opportunity to take the lead on an early PP, you’ll never believe who scored the game’s first goal. Jake DeBrusk. JD has to be the hottest player on the planet right now. He spun off and sniped a feed from David Krejci to beat Marc Andre Fleury high to give the Bruins the 1-0 lead. He extended his goal-scoring streak to 5 games. En fuego. 1-0 Bruins.

Reilly Smith tied things up with 1:36 left in the 1st. What’s that? The Bruins letting up a goal late in the period again? Sure is. The former Bruin made it 1-1.

It was tight checking in the 2nd period, Bruins again, could not convert on two PP opportunities to retake the lead and we were on to the 3rd.

1:36 into the 3rd a no-look pass from Danton Heinen allowed Brad Marchand to unleash an absolute rocket of a shot to give the Bruins the 2-1. You can’t see it in this GIF, but McAvoy took the ice in front of him, gained the blue line and dished to Heinen for the secondary assist. Great set up.

27 seconds later Nate Schmidt turned Charlie McAvoy inside out and tied the game. Again, the Bruins refuse to maintain leads and it is infuriating.

A stupid too many men penalty almost cost the B’s in OT, but big saves and a strong kill (and a Bergy backcheck) saved their bacon.

Jake DeBrusk made it look easy in the first round.

Marchand, Heinen, and Krug were unable to beat Fleury to end it.

It would take 5 more rounds to determine a winner as both goalies were making great saves, but finally David Backes became the hero.

Here’s the Periscope from tonight’s game.

It was a great night to win a hockey game. Charlie Coyle era begins right now.

p.s Dave if you’re reading this I know this isn’t a great headline but my brain is fried and I have so much adrenaline I can barely type.